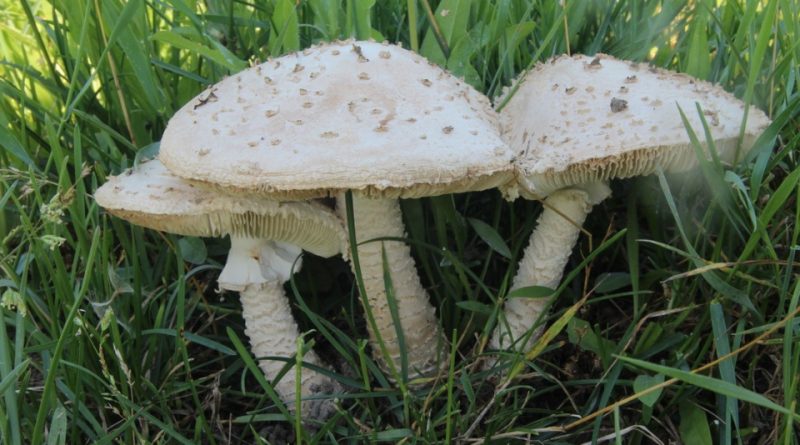 Etymology –
The generic term Amanita comes from the name of Mount Amanos of Asian Turkey or from the Greek ἀμᾱνῖται amanítai, an appellation given by the ancient Greeks to mushrooms in general. The specific epithet Vittadinii was given to this mushroom in honor of the Italian botanist Carlo Vittadini (1800-1865) of which we especially remember mycology studies.

Geographic Distribution and Habitat –
The Amanita vittadinii is a symbiotic mushroom that is found in grassy and uncultivated places in the period between late summer and autumn; grows solitary or in groups of a few specimens among the grass in uncultivated places but it is not common. It can fructify also distant from arboreal essences, not necessarily being mycorrhizal species. 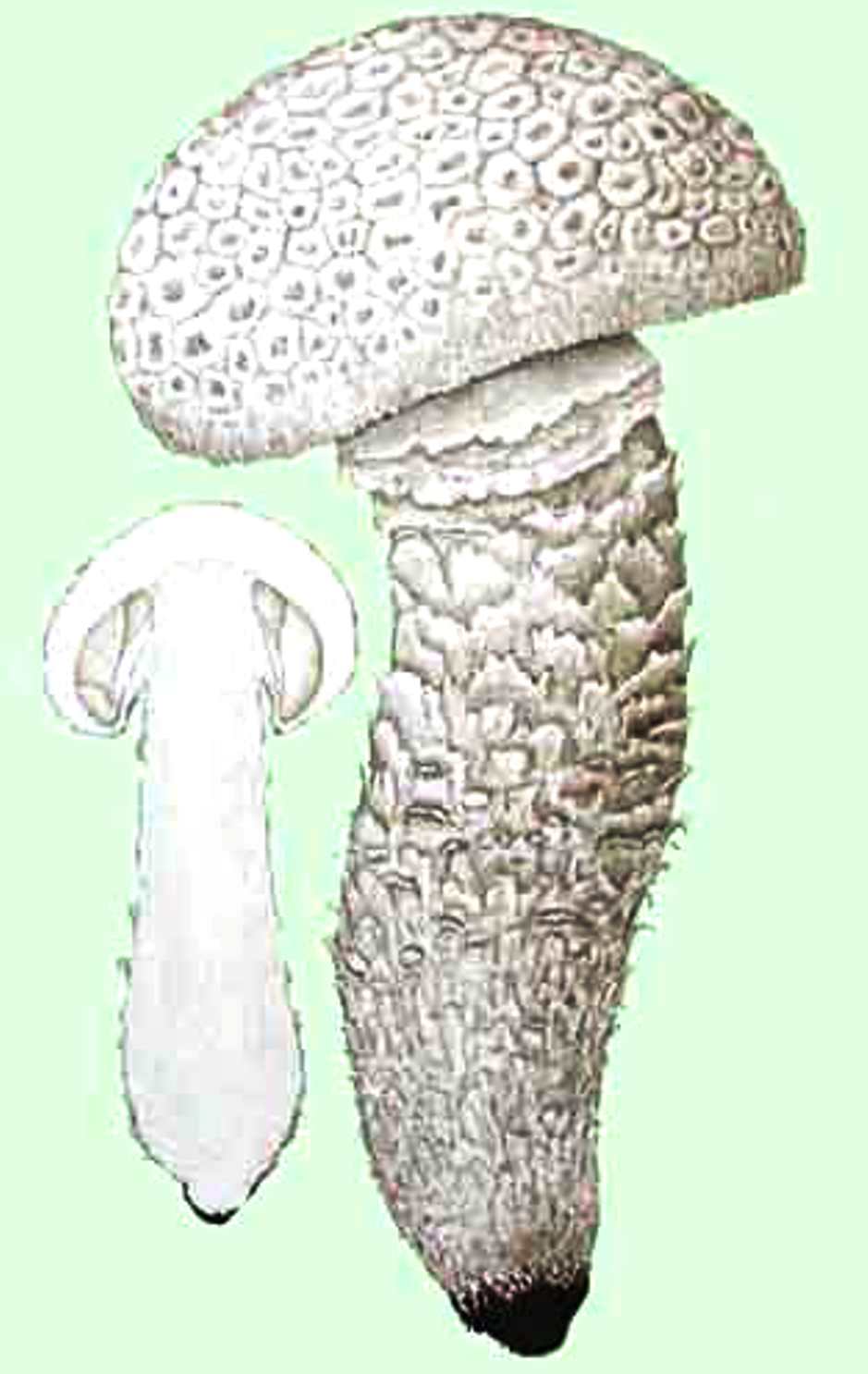 Recognition –
The Amanita vittadinii has an appearance similar to some species of the Macrolepiota and Armillaria genera but unlike these, which have a more tending color to ocher, Amanita vittadinii is characterized by the white color of the whole fruiting body (carpophore) and by the presence of scaliness in all its parts. It is recognized for the 10-18 cm hat with white-ivory-cream color that is first globose and then convex. The cuticle is separable and adorned with more dense pyramidal warts in the middle, embryos at the margin, always exceeding the lamellae; these are cream-white with greenish reflections, free, thick, ventricose with serrated edge, alternated with lamellulae. The stem is cylindrical, slender, white, with a colorless scaling that, from the base, reaches the ring, which becomes darker to the manipulation. The ring is whitish in color, smooth at the top, fluffy at the bottom. The meat is white, compact and firm, with a pleasant smell, like “clean linen” when young, but then becomes sub-zero with age, a little ‘garlic on the gills when the fungus begins to deteriorate and with a little perceptible but pleasant taste . Microscopic analysis reveals mass-white, cream-like spores of ellipticity, 10-12 x 8.5-9.5 μm, amyloids.

Cultivation –
Mushroom not cultivated and however of little interest also for its organoleptic characteristics.

Uses and Traditions –
The Amanita vittadinii is a fungus that can be consumed but with extreme caution as it is confusing with deadly white amanitas. The species, although given as edible by many authors, has organoleptic characteristics that make it unpleasant, furthermore, due to its rarity, it should not be collected and therefore should be protected.
They are similar species the Amanita codinae (Maire) Bertault, 1955, which is a related species of smaller size and with brownish scales and which some authors consider only as one form.

Preparation Mode –
It could be consumed like other edible amanites but it is absolutely not recommended for the collection and consumption for the reasons mentioned above.