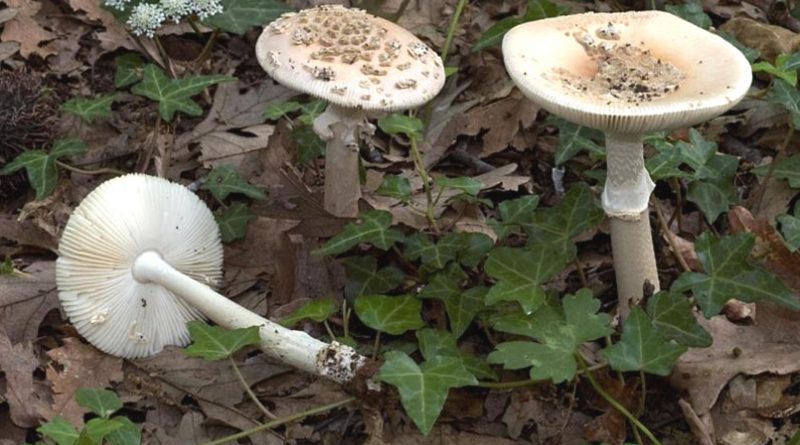 Systematics –
From the systematic point of view it belongs to the Domain Eukaryota, Kingdom Fungi, Basidiomycota Division, Class Basidiomycetes, Order Agaricales, Family Amanitaceae and then to the Genus Amanita and to the Specie A. eliae.

Etymology –
The term Amanita derives from the name of Mount Amanos of Asian Turkey or from the Greek ἀμᾱνῖται amanítai, an appellation given by the ancient Greeks to mushrooms in general. The specific epithet eliae was given in honor by Lucien Quélet to the Swedish mycologist Elias Magnus Fries (1794-1878).

Geographic Distribution and Habitat –
The Amanita eliae is considered rare, but a part of this fame surely derives, as often in these cases, from its growth a little out of season; it is “faithfully” under Quercus cerris L. in the period between May and June and early autumn. 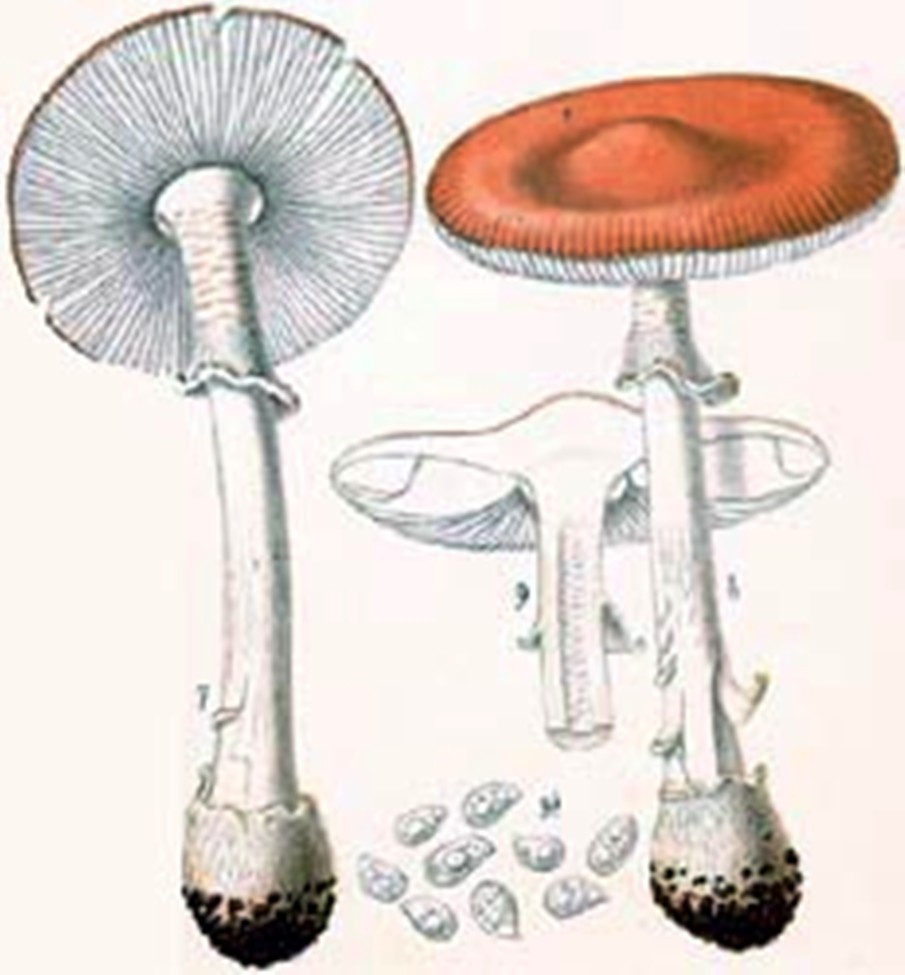 Recognition –
The Amanita eliae is recognized for a hat with a diameter of 6-7 cm maximum of 9 cm, convex, with a yellowish color that, in the center, has pink-salmon tones; it has residues of the primary veil, formed by whitish warts; the margin is slightly streaked. The lamellae are white, dense, wide, free at the stem, which is 11 x 1.5 cm, whitish, slender, cylindrical, a little tapered towards the apex; it has a white membranous ring which, at the bottom, has brownish scales; volva fioccolosa, fragile, white; bulbous base and deeply buried. The flesh is pink under the cuticle and whitish elsewhere, brittle with a not very pronounced odor and taste.
Microscopic examination reveals smooth, non-amyloid, elliptic-ovoid spores, often with guttule and granular content (9.5) 10-12 (12.5) × 6.5-8 μm, with a Q variable between 1 , 4 and 1.7. Basidi are essentially tetrasporal, often clavati with squat top, squared, also with grainy content and guttule. 45-57 × 11-13 μm. the lammellar thread presents with numerous sub-capitulated clavate cells rarely exceeding the basidia in length. The general veil consists of large spherocisti, interspersed with elongated, swollen cells.

Cultivation –
The Amanita eliae is not a cultivated mushroom nor is it the object of research in this sense, even for its edibility it is not perfectly proven harmlessness.

Uses and Traditions –
This mushroom, in relation to its edibility, is considered technically “not edible because of unproven harmlessness”. In simpler words, there is not enough evidence that we can eat it without negative consequences for our body. It is recalled in this regard that the Amanita junquillea, the species closest to her, although much more common, only recently revealed its toxicity. Moreover, its food importance would be strongly limited by the lack of diffusion, by the low abundance in the short period of growth, as well as by the scarce consistency of meat. In any case it is therefore to be considered, even if edible, of little value.

Preparation Mode –
The Amanita eliae has been consummated but there is little information about its concrete uses in the kitchen, and given the doubts still existing on its edibility and, above all the rarity, even for ecological reasons it is not recommended to collect or even prepare.