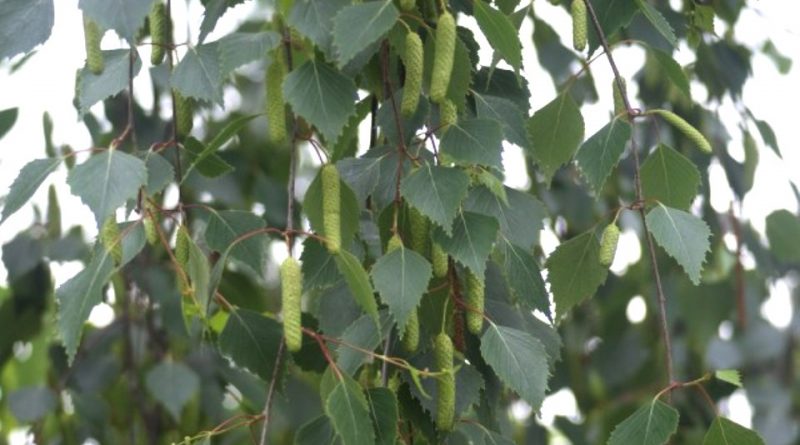 The white birch or simply birch (Betula pendula Roth, 1788) is an arboreal species belonging to the family Betulaceae.

Systematics –
From the systematic point of view it belongs to the Eukaryota Domain, Kingdom Plantae, Magnoliophyta Division, Magnoliopsida Class, Order Fagales, Family Betulaceae and therefore to the Genus Betula and to the Specie B. pendula.
The terms Betula alba or Betula alba var verrucosa are synonyms.

Etymology –
The term Betula comes from the Latin birch which in turn is of Gallic origin, bed-wen, “birch”, connected with bitūmen. The specific pendulum epithet refers to the carriage of its foliage and its falling end branches.

Geographic Distribution and Habitat –
The Betula pendula is a tree of northern Eurasian origin. In Italy it is more common in the Alps where it sometimes forms pure woods and particularly in Piedmont (where today more than 20,000 trees of this species are estimated) and in Lombardy; we also find it in the northern Apennines, in some isolated stations in Abruzzo, in the Campania Apennines and on Mount Etna. 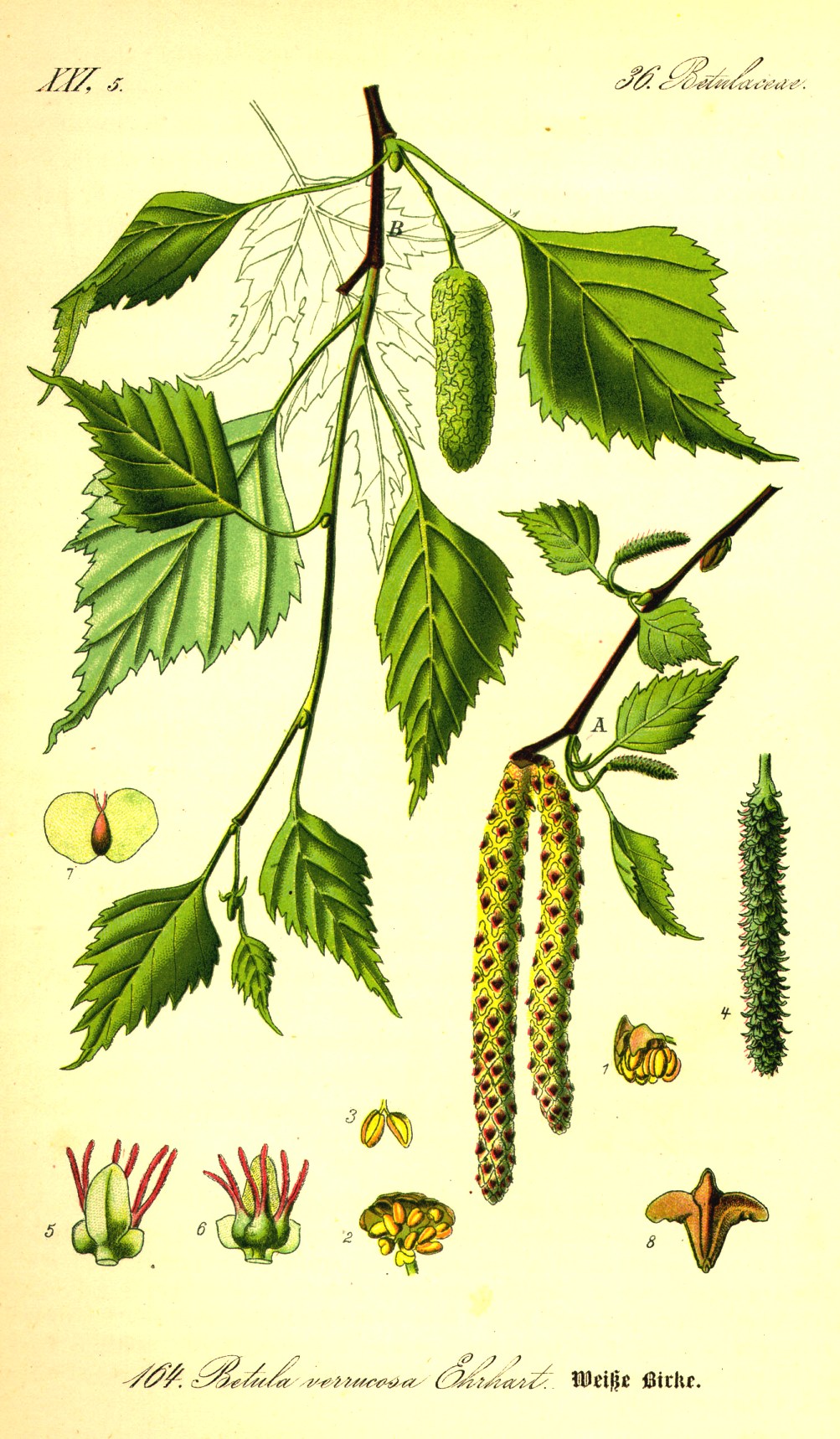 Description –
The Betula pendula reaches 30 meters in height and has a sparse and light crown, expanded vertically, with falling end branches. It has a slender trunk that, if it is not too old, has a thin white rind. The leaves are deciduous, ovate triangular, petiolate, light green above and below. Mono-vine plant with male flowers gathered in sessile catkins, pendulums and female flowers gathered in short and upright spikes. From the cylindrical infructescences to maturity, small samaras are provided with a membranous wing.

Cultivation –
The white birch is a plant very resistant to cold, so that it can reach -30 ° C without problems. Instead it does not tolerate the heat and the hot summers of the plains, in these areas it can live and develop, but it ages faster. He lives well in mountain gardens, where he fits well in the landscape, in southern Italy and in the plains. It supports soil pH values ​​up to 3.3; it adapts both to humus-poor soils and to soils with a deep layer of organic material but without stagnant water and not limestone, if the limestone is high it can live anyway but its growth is slower, the leaves remain smaller and fall more precociously in the fall.
In planting it is important to protect plants well because the recovery is quite slow even if normally there are problems of engraftment. It has a good pollon capacity and is also able to produce root suckers. Birch has a high colonizing capacity, especially in acidic or acidified soils (abandoned, burnt or otherwise disturbed soils), it is also favored by the abundant seed production and the polloniferous power.

Uses and Traditions –
The Betula pendula has distinct characteristics of pioneering and its spread has been favored by the abandonment of agricultural and grazing areas and by fires. In some countries like Sweden, Finland, Scotland or Russia, birch wood is widely used for various uses, especially for paper pulp, but also for veneers and plywood.
This plant has a white, elastic and resistant wood that is used in the manufacture of household objects and once also for skis. Its wood is also used as a fuel of excellent quality, in the industry for the production of inks and in medicine for adsorbing properties in intestinal diseases. The bark is prized in the tanning and pharmaceutical industry.
This plant, as well as for forestry interests, is appreciated as an ornamental plant for its elegant posture and the beautiful color of the bark and leaves, while in silviculture it is sometimes used as a consolidating species of unstable slopes, where it spreads rapidly.
As with other birches, white birch has a huge use in herbal medicine. It is used for its diuretic and purifying action in kidney stones and inflammatory and metabolic rheumatism (gout). Of this plant are known the virtues of lymph (on water retention, cellulite, overweight), seeds (especially on the nervous system where it works fighting fatigue), gems (which activate the immune system with consequent increase in resistance to infections ). In the past the bark was applied under the bandages of the wounds, due to its cicatrizing and antiseptic properties. In cosmetics the use of extracts as a soothing agent prevails after excessive exposure to the sun or on oily skin. In the veterinary one uses a “tar wood” distillate against inflammation and parasitosis. For internal use having a renal tropism can be used as a purifying and diuretic (edemas, urethritis, cystitis, nephritis and hyperazothemias).
Of particular interest is also its choleretic action (increase in the production of bile) which is followed by a greater elimination of cholesterol (hypocholesterolemic action).

Preparation Mode –
The active ingredients contained in the bark, in the leaves and buds of the white birch can be extracted through infusions, tinctures, dyes, in addition the lymph, rich in sugar, in the Northern countries, is fermented for the production of vinegar and alcoholic beverages.