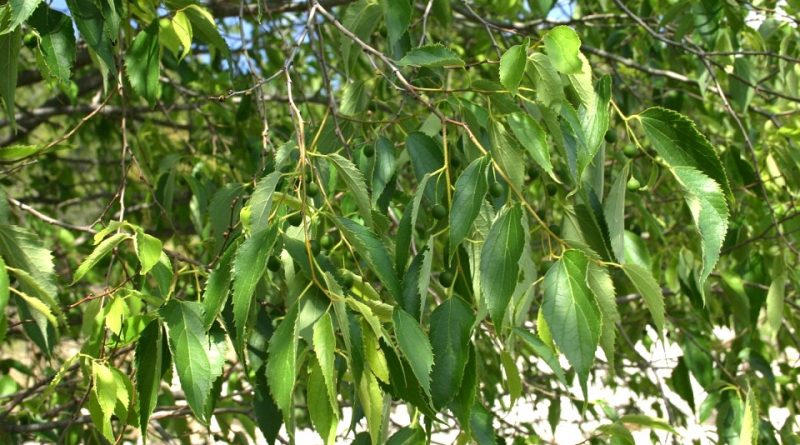 Systematics –
From the systematic point of view it belongs to the Eukaryota Domain, Kingdom Plantae, Magnoliophyta Division, Magnoliopsida Class, Order Urticales, Family Ulmaceae and therefore to the Genus Celtis and to the Species C. australis.

Etymology –
The term Celtis refers to an ancient Greek name (κηλτις?) Of a plant mentioned by Herodotus, Dioscorides and Theophrastus, taken from Pliny for an African plant, with sweet fruits, probably Ziziphus jujuba. Tournefort used it for a plant that bears some resemblance (edible, sweetish fruit) with Pliny’s “celtis”. The specific epithet australis comes from the Austro áuster, the south wind: as a species of the southern region.

Geographic Distribution and Habitat –
Celtis australis is native to the Mediterranean Basin, North Africa and Asia Minor. It is widespread from southern Spain to the Caucasus and western Asia. In Italy it is quite common up to 600-700 meters s.l.m., where it can live even in stony soils, thanks to the robust root system that penetrates in the cracks of the rocks favoring the crumbling: from this derives another vulgar name “spaccasassi”. It grows in deciduous forests with calcareous soil. It is easily associated with elm, hornbeam, hazel, ash, ash, oak and maple. 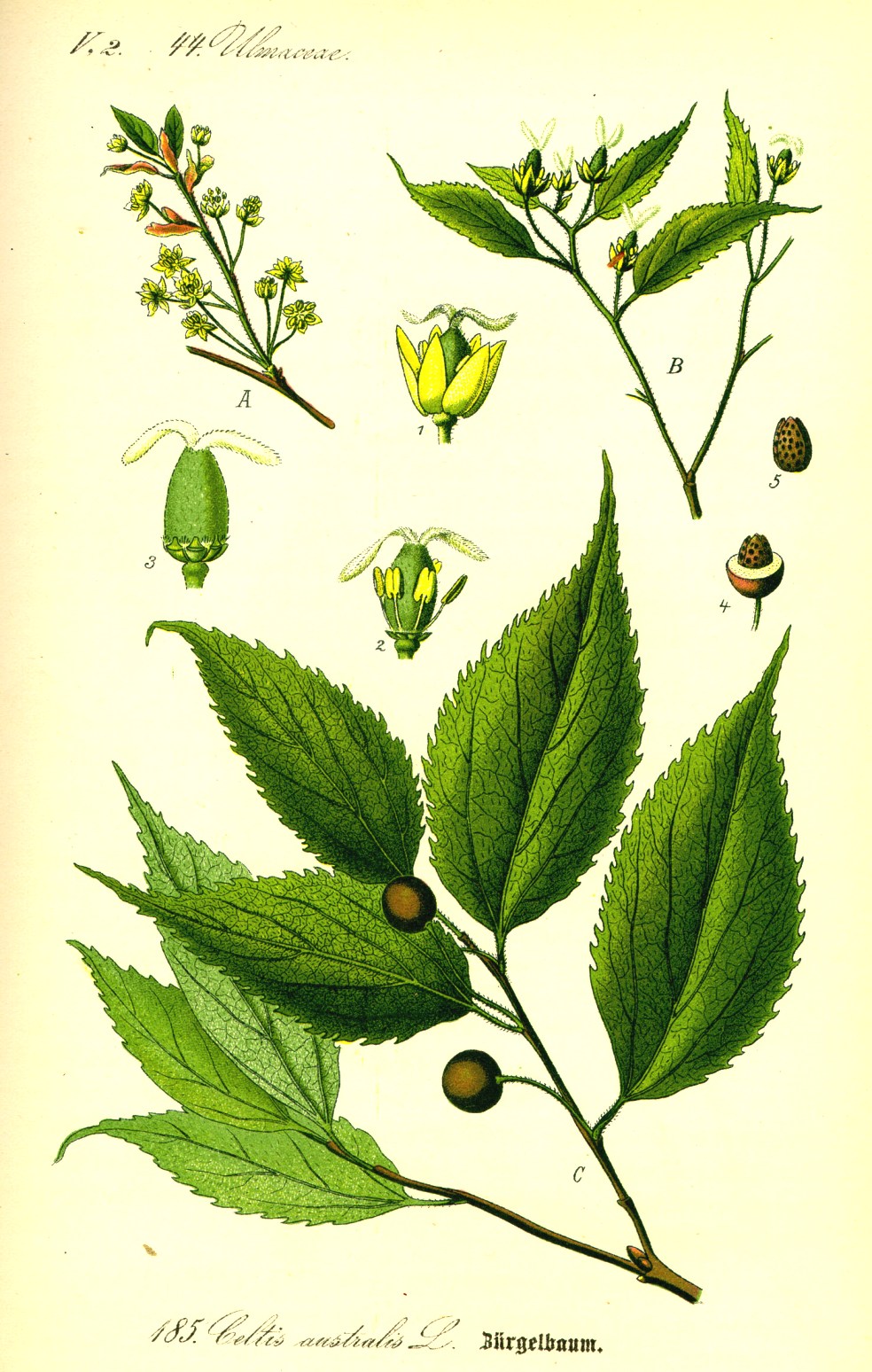 Description –
The Celtis australis is a tree that can reach 25 meters in height, with wide, globose, dense but light, light green foliage. It has a thin bark of light gray and smooth color. The leaves are deciduous, alternate ovate-lanceolate, with petiole, with an intense green color on the upper page and greyish green and pubescent in the lower one. The flowers are both bisexual and unisexuals brought from the same plant, yellowish in color, solitary or in groups with antesis in the period of May; the fruits are pedunculated drupes of black color when ripe.

Cultivation –
Celtis australis prefers sunny positions and medium-textured soils, better still porous and loose, while adapting to poor soils and coarse structure. The plant tolerates a broad pH reaction but with a preference for neutral ones. Salinity is mildly tolerant.

Uses and Traditions –
The hackberry is used successfully in road trees and city parks, for its resistance to urban pollution and the dense shade, despite the risks for the road surface, due to the fact that its root system can also develop on the surface. The wood of this gray-whitish plant is hard and elastic; it is good fuel and gives high quality coal. From the bark a yellow dyeing substance is extracted, while the birds are greedy for the fruits of Bagolaro.
The leaves of the bagolaro are rich in flavonoid glycosides. The highest concentration of phenols per gram of dry weight is contained above all in the young leaves of the bagolaro of northern Italy; quantity that decreases rapidly until mid-May until it stabilizes; the same trend of concentration is also found in the derivatives of caffeic acid and flavonoids.

Preparation Mode –
From the berries of the hackberry you get a delicious jam; these are put in a pot and covered with cold water, which must be at least three fingers above, at this point is added half the weight in sugar and the juice of a lemon. This preparation is thus brought to cooking in moderation. When, after cooking, the water is halved, it is mixed with an immersion mixer and is passed with the chinoise (sinuà) to obtain a thick and excellent cream.