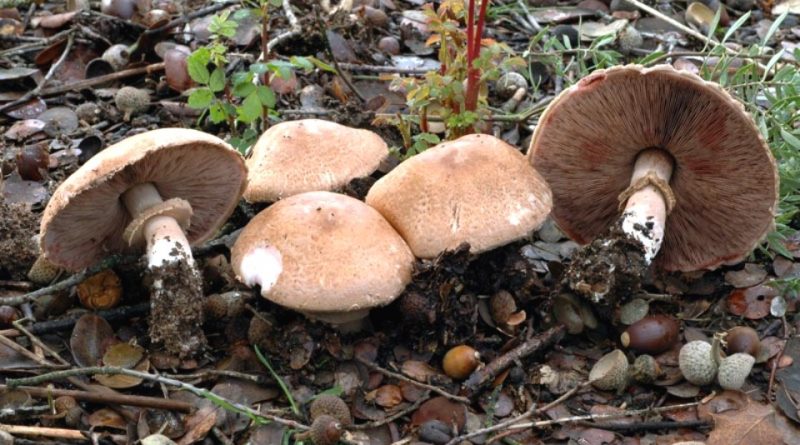 The Langei Prataiolo (Agaricus langei Maire, 1952) is a saprophytic mushroom belonging to the Agaricaceae family.

Systematics –
From the systematic point of view it belongs to the Eukaryota Domain, Kingdom Fungi, Basidiomycota Division, Class Agaricomycetes, Order Agaricales, Family Agaricaceae and therefore to the Genus Agaricus and to the Species A. langei.
They are synonymous: Psalliota Langei and Psalliota haemorrhoidaria sensu J.E. Lange.

Etymology –
The term Agaricus comes from the Greek αγαρικόν agarikón, agaric, fungus of the Agars, because according to the Greek physician, pharmacist and botanist Dioscorides was imported from Agaria, the Sarmatian country. The specific epithet langei is in honor of the Danish mycologist Jakob Emanuel Lange (1864-1941).

Geographic Distribution and Habitat –
The Agaricus langei is a saprophytic mushroom that grows gregarious, in coniferous woods, exceptionally under broad-leaved trees, from late summer to autumn; it is found more frequently in spruce woods. 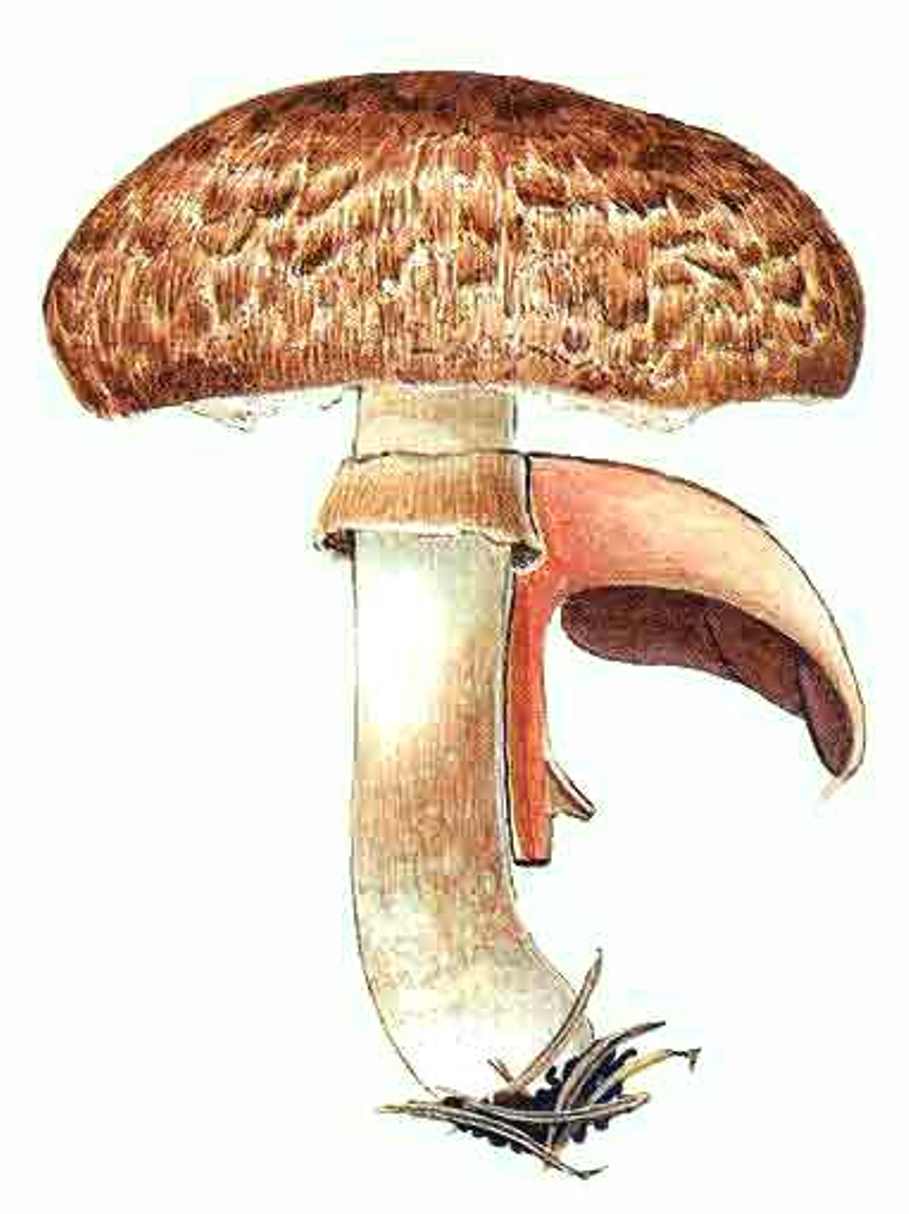 Recognition –
The Agaricus langei is rionosce for the hat of 7-12 cm, with dry cuticle richly decorated with dense brownish scales; white and smooth stem of 7-12 x 1.5-2.5 cm, almost cylindrical, not bulbous, hollow, white, early gray, which is stained with red to the touch, smooth above the ring, flocculent under ‘membranous ring, the jamb tends to stain brightly reddish if bruised and corroded. It has a pleasant, acidulous and slightly fungal smell and taste, with white flesh which tends to take on very intense red color when cut. The lamellae are dense and narrow, light pink in color, finally brownish-black, with a sterile margin, whitish, not flocculent.
Microscopy shows ellipsoidal spores, 7-9 x 3.5-5 μm, black-brownish in mass. Cheilocysitids are numerous, with thin walls, clavate ovate, hyaline or brownish, 20-50 x 10-30 μm.

Cultivation –
The Agaricus langei, like other mushrooms of its kind can be used for cultivation.

Uses and Traditions –
Agaricus langei is a fungus of good edibility.

Preparation Mode –
As for other field mushrooms it is a fungus that lends itself to many uses, both cooked and raw for salads or other seasonings. It can also be kept dried or in oil.