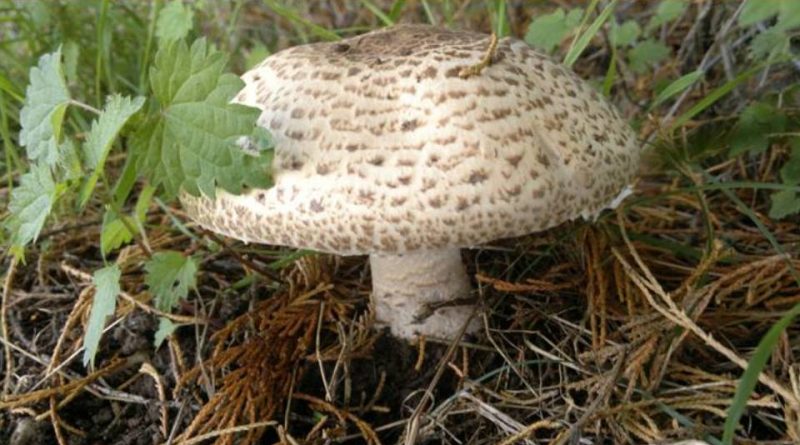 The majestic prataiolo (Agaricus augustus Br., 1838) is a basidiomycete mushroom belonging to the family of the Agaricaceae.

Systematics –
From the systematic point of view it belongs to the Eukaryota Domain, Kingdom Fungi, Basidiomycota Division, Class Agaricomycetes, Order Agaricales, Family Agaricaceae and then to the Genus Agaricus and to the Specie A. augustus.
The term Agaricus perrarus Schulzer is synonymous.

Etymology –
The term Agaricus derives from the Greek αγαρικόν agarikón, agaric, agaric mushroom, because according to the Greek physician, pharmacist and botanist Dioscorides was imported from Agaria, the country of the Sarmatians. The specific epithet augustus comes from the Latin augustus, meaning large.

Geographic Distribution and Habitat –
Agaricus augustus is a saprophytic mushroom that prefers acid soils rich in humus. Gregarious grows, even with a certain propensity to the subcespitoso; it is found both under conifers and under deciduous trees, in particular Querce, in woods, borders, parks and grassy areas, from late spring to late autumn. 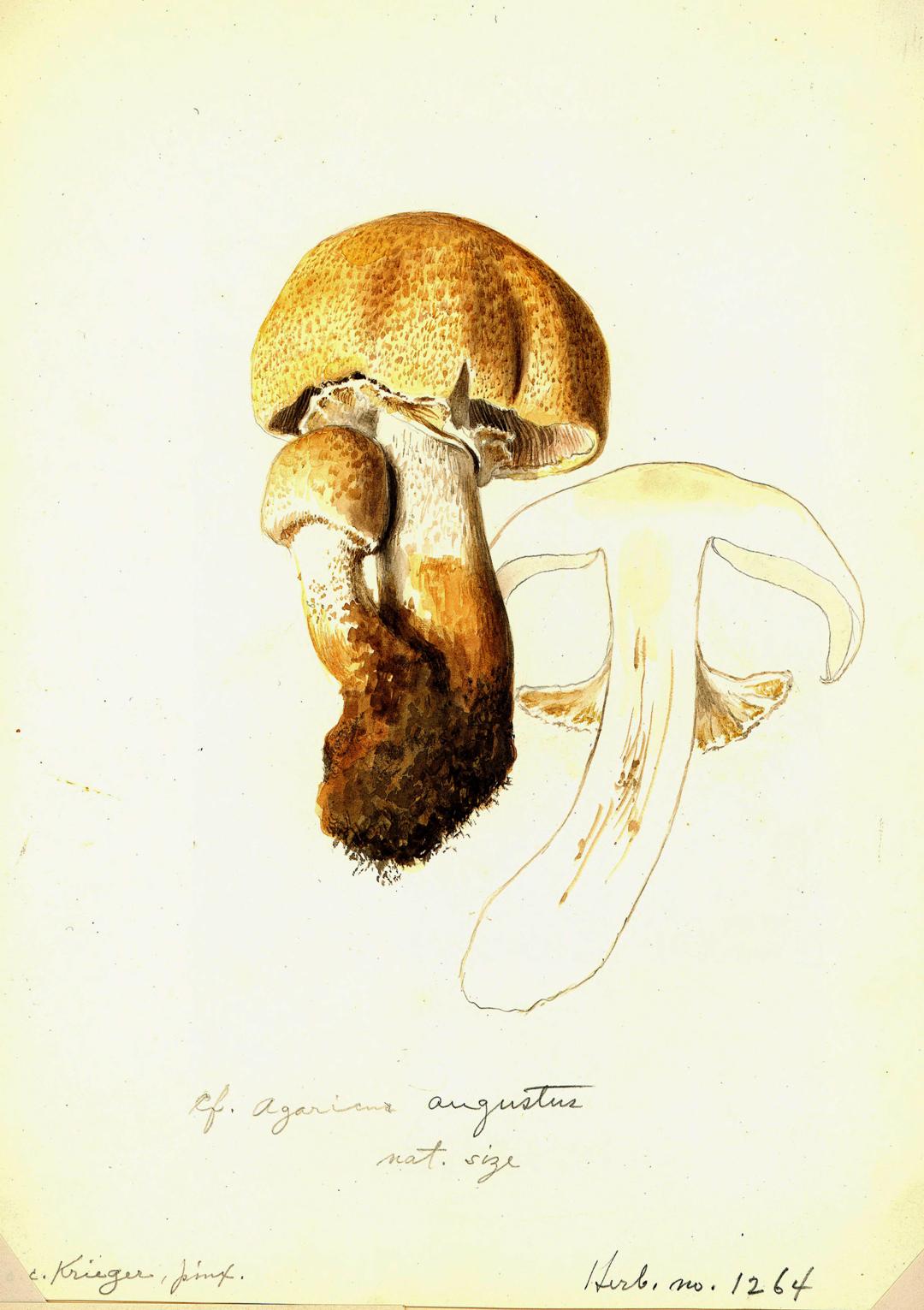 Recognition –
The Agaricus augustus is distinguished by having a hat of dimensions up to 30 cm in diameter which is initially globose and then hemispheric-expanded, often flat in the middle, fleshy. The cuticle is brownish yellowish, soon dissociated out of the disc in scales and floccosity often concentric brown on a whitish straw-yellow background, which turns yellow by rubbing. The lamellae are free, thick, narrow, initially very light in color but whitish in young specimens, then it becomes pinkish-pink, finally brown-chocolate when ripe, whitish in immature specimens, attenuated at the ends. The stem measures 18 x 3 cm; It is cylindrical, full, robust, white, yellow by rubbing and fioccoso with scales curved under the ring, smooth pinkish white above the ring, frequently thickened at the base. It has a supero ring, very large, externally squared and white areola. The meat is quite firm, of white and brownish color at the base of the stem, with an intense smell of bitter almonds. The taste is very pleasant and somewhat sweet, something not appreciated by everyone.
At microscopy we notice spores of 7-9 x 5-6 μm, elliptic, mono or pluri guttulate, smooth, dark brown in bulk. The basidi are tetrasporici, clavati, of 20-40 x 7-10 μm.

Cultivation –
The majestic prataiolo, like the other field mushrooms, even if less commercialized, is a mushroom of easy cultivation. The cultivation technique varies according to the quantities to be produced; however, even at an amateur level, you can obtain boxes like those in which you put the fruit and line the inside with a sheet of black plastic that protrudes from the edge of the box, enough to close it over the soil on which to inoculate the mycelium.

Uses and Traditions –
Agaricus augustus is a fungus of good edibility and good yield thanks to its fleshiness, although the smell of almonds and sweet meat of this species is not always appreciated by everyone. It is also among the species of the genus Agaricus, the one that reaches the greatest dimensions. According to some authors it can reach a diameter of 35 cm and exceed the mushrooms of the genus Macrolepiota in height.
This fungus could be confused with Agaricus impudicus (Rea) Pilat (= Agaricus variegans Möller) which has a similar but much less pronounced hatchet and smell as of Lepiota cristata. Some authors also recognize Agaricus salicophilus M. Lange, typical of Eastern Europe and linked to Willow, which is differentiated by the larger spores and Agaricus heterocystis Heinemann et Goos, reported in Africa, with smaller spores, lighter hat and smell of almonds much more fleeting; we are however led to believe that these are simple ecological variants of the described species.
Beware to be careful not to confuse it with the agaricus praeclaresquamosus, poisonous, of the group of mushrooms made of yellowing, sometimes has a similar hatchet flake, but with smell of ink or phenol, not always easily perceptible if not after crushing the flesh of the stipe.

Preparation Mode –
The majestic prataiolo can be eaten, cooked and stored in the same way as the champignon even if its sweetish taste and the bitter almond smell, more pronounced, is not always appreciated by everyone.