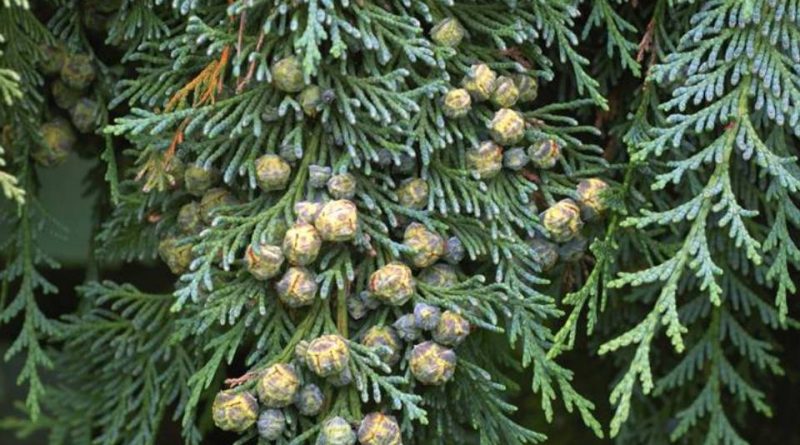 Systematics –
From a systematic point of view it belongs to the Domain Eukaryota, Kingdom Plantae, Subarign Tracheobionta, Superdivisione Spermatophyta, Division Pinophyta, Classe Pinopsida, Order Pinales, Family Cupressaceae and then to the Genus Chamaecyparis and to the C. Lawsonian species.

Etymology –
The term Chamaecyparis derives from the Greek χαμαι chamái, on the ground, creeping and κυπάρισσος kypárissos, cypress: improper name because not all species of this genus are dwarfs. The specific lawsonian epithet is in honor of the Scottish Orthotourist and botanist Charles Lawson (1794-1873), owner of the Lawson & Son nursery in Edinburgh, founded by his father, Peter Lawson (<1770-1821).

Geographic Distribution and Habitat –
Chamaecyparis lawsoniana is a species native to the western coasts of the United States (California and Oregon). Its typical habitat is in an oceanic climate. It was introduced in Europe around the middle of the nineteenth century. In Italy it is widespread as ornamental and has been used in the South for reforestation. 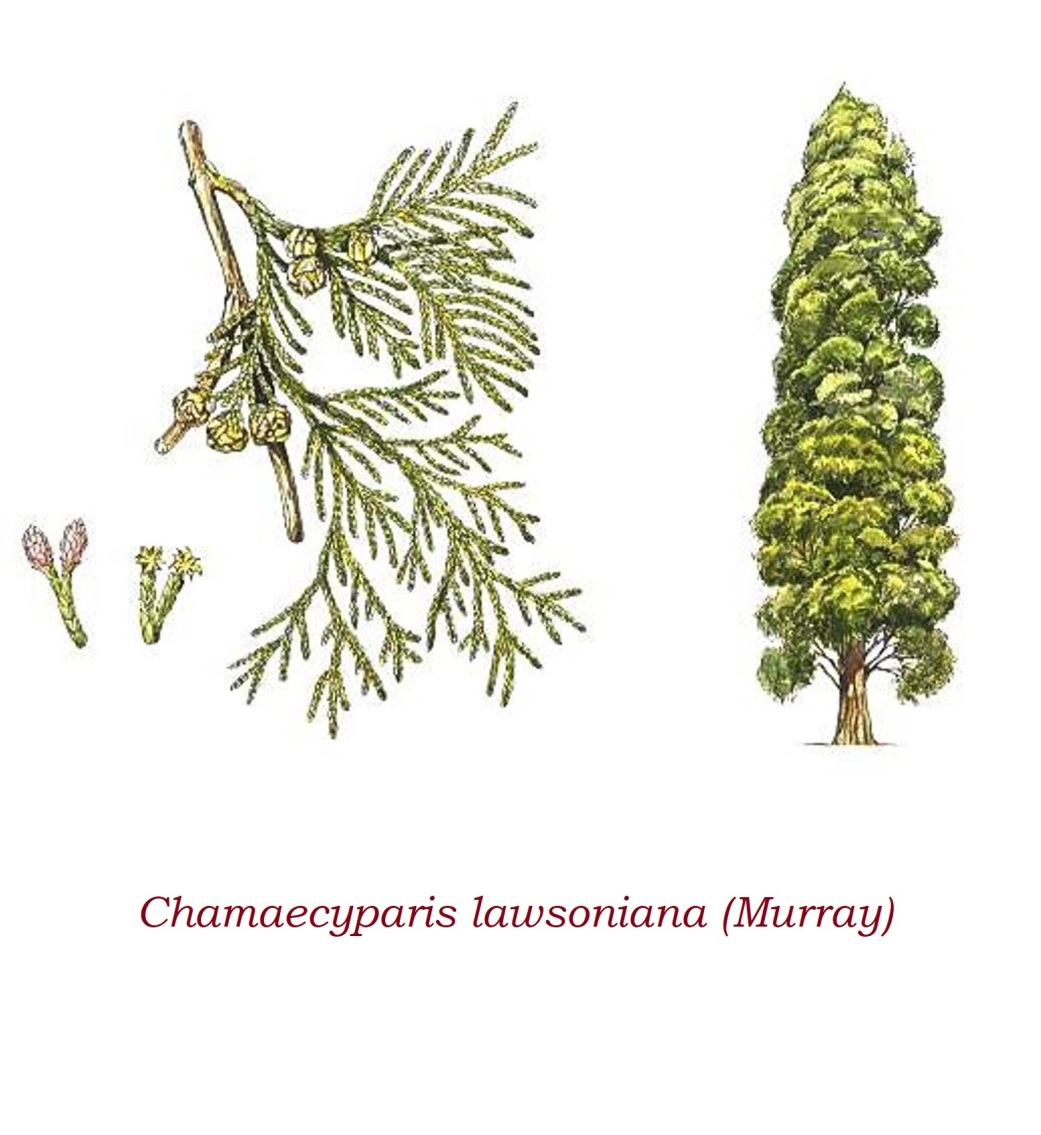 Description –
The Chamaecyparis lawsoniana is a tree with a slender and pyramidal bearing but a little irregular; it reaches heights greater than 60 meters in the areas of origin while in Europe it can reach 30 m in height. The bark is deeply furrowed and brittle for a long, reddish-brown color. The leaves, persistent, are very small, triangular and scaly, with flat twigs, horizontally arranged in dense boxes and with pendulous ends. The flowers are unisexual, with the feminine ones, small and of a reddish-green color giving rise to spherical galbuli of one centimeter of diameter, formed by about six scales and brown in color when ripe.

Cultivation –
Lawson cypress is an essence widely used in the ornamental field, both for the persistent foliage and for the range of colors, size and bearing that distinguish the different cultivars. However, it is a rustic species, not very demanding and easy to grow. The plant also lends itself to creating hedges, windbreaks or groups of plants, to be used as a background to other shrubs. Besides requiring rare conciliation and pruning interventions, they are plants that are not very sensitive to animal and plant pests. It prefers a humid and fresh climate, sheltered from dry winds. It adapts to almost all garden soils, provided they are well drained: as much as you love a certain moisture in the ground, it does not tolerate water stagnation, which favors root rot, fungal disease responsible for the decay and death of the affected plants. The most suitable exposure is light shade, except for the golden foliage varieties, such as C. pisifera “Aurea” and C. Plumosa “aurea nana”, which produce a greater number of yellow pigments, and therefore retain their own precious color, if grown in full sun. For details of the cultivation technique, see the following sheet.

Uses and Traditions –
This cypress is likely to come from the extinct Eocene species, Chamaecyparis eureka, found in some fossils on the island of Axel Heiberg in Canada.
The Chamaecyparis lawsoniana was discovered (by the Euro-Americans) near Port Orford in Oregon and introduced in the cultivations in 1854, by collectors who worked for Charles Lawson FRSE, of the Lawson & Son school in Edinburgh, Scotland (from which it took its name Lawson cypress by botanist Andrew Murray The USDA officially names it as Port Orford cedar, but some botanists prefer to use the name Cypress Lawson (or in very rare cypress cases of Port Orford). ornamental and wood essence This species has been widely used for experimental forestations.
The wood of this tree is light but has great mechanical strength and rotting, and is particularly popular in East Asia, with large quantities exported to Japan where it is very popular for making coffins, shrines and temples. [7] Its timber is also known for its aroma of very fragrant ginger. Because of the straightness of its grain, it is also one of the favorite woods for the production of arrows. It is also considered an acceptable wood, although not ideal, for the construction of aircraft.

Preparation Mode –
Lawson cypress does not have particular uses of alimentary nature or with therapeutic purposes.