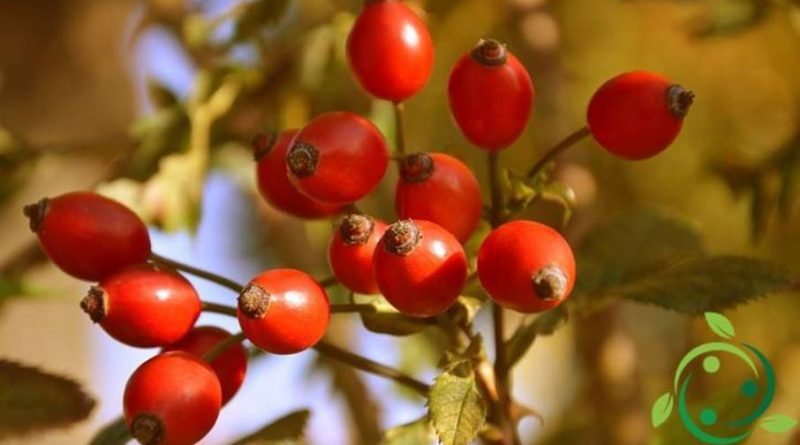 The cinòrrodo is a false fruit, derived from flower structures other than the ovary. The cinòrrodo is typical of the genus Rosa, where it derives from the enlargement of the receptacle; it is fleshy and forms a cup that contains the achenes, which are the real yellow or brown fruits, mixed with hairs.
The cinòrrodo changes in the dorma, in the color and in the dimensions according to the different species; it can be green, orange, red and almost black or blue; it may have an elongated or spherical shape and be covered or not by thin quills.
With fresh rosehips from Rosehip, which are very rich in vitamin C, jams are prepared; in Slovenia is produced the Cockta which is an alcohol-free drink. The rose hips also perform an ornamental function in the roses defined as “botanical”.

The most common and used rose hips are mainly used in herbal medicine and are those of rose hip. Rose hips are collected during the autumn period and most of them are destined to the herbal and cosmetic industry.
The use of these false fruits of the various species of rose has been known since the Middle Ages. At that time they were considered an excellent remedy for bronchial disorders. Rose hips contain important quantities of vitamin C, so they are used in natural vitamin supplements, in teas and in preparations such as juices and jams. For this reason, those of rose hip are used in nutritious drinks for children.
Rose hips have long been used as diuretics, but today their effectiveness for this purpose has been questioned. Also the ancient use of thirst-quenching drinks to relieve gastric inflammation.
Fresh rose hips contain vitamin C in amounts between 0.5 and 1.7% by weight. In addition to vitamin C, rosehips also contain vitamins A, B1, B2, B3 and K, as well as some phytochemicals such as pectin, tannins, flavonoids and carotenoids.