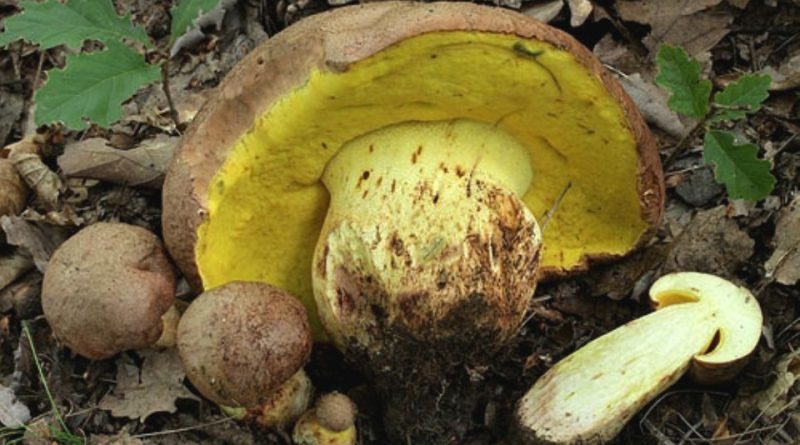 The rooting boletus (Boletus appendiculatus Schaeff., 1763) is an edible basidomycete belonging to the Boletaceae family.

Systematics –
From the systematic point of view it belongs to the Eukaryota Domain, Kingdom Fungi, Basidiomycota Division, Subdivision Agaricomycotina, Class Basidiomycetes, Order Boletales, Family Boletaceae and then to the genus Boletus and to the species B. appendiculatus.
The terms Tubiporus appendiculatus (Fr.) Maire, (1937) and Butyriboletus appendiculatus (Schaeff.) D. Arora & J.L. Frank.

Etymology –
The generic term Boletus has a controversial etymology: it derives from the Greek βωλήτης bolétes, with which the Greeks called a kind of mushroom (from βωλος bólos with the meaning of gleba, clod, bush, because growing among the clods or bushy places); others instead believe that the meaning of βωλος is to be extended to the ball, since the hat of most mushrooms is globose; for some authors it derives from Bolites name with which the Romans indicated the best edible mushrooms, although originally referred to only the ova (Amanita cesarea), but soon used to call also porcini. The specific epithet appendiculatus is related to the stem which is slightly rooted.

Geographic Distribution and Habitat –
Boletus appendiculatus is a fungus that grows solitary or even in small groups, in broad-leaved woods (especially chestnut and oak) mixed or conifers; in summer-autumn it is found on clayey soils and frequently also in areas covered by fire and on calcareous soils. 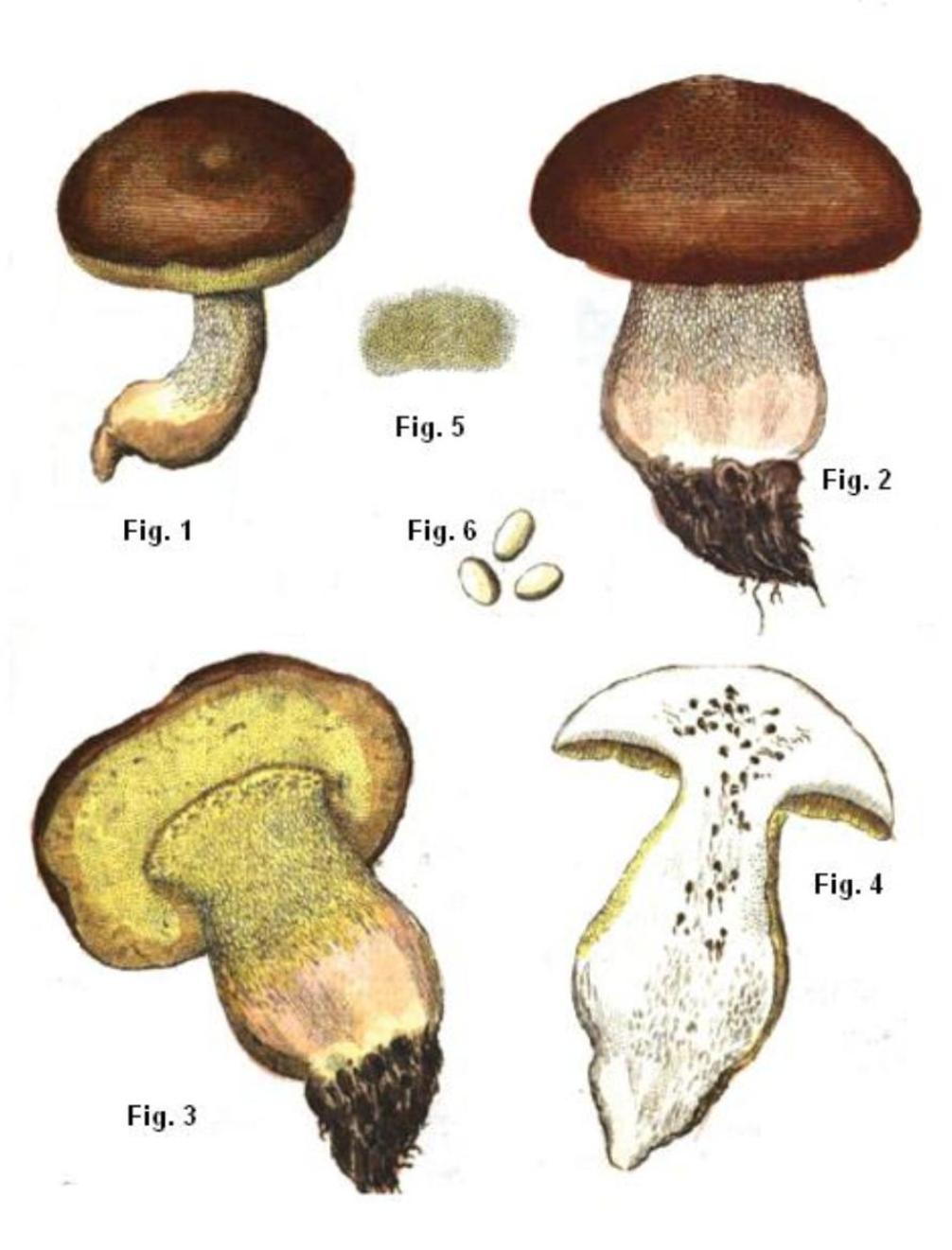 Recognition –
The Radeto Boleto is recognized for having a hat 8-20 cm in diameter, first rounded and then convex with a brownish-brown or brown-ocher-colored velvety cuticle. The pores are dense, smooth to the stem, round and small that touch to the blue-greenish vein. The tubules are short and thin, yellowish and bluish at the touch, attached to the stem; this is 5-15 x 3-6 cm, massive, obese, with yellow or citrine-yellow color, covered with a fine, concoloured pattern, bulbous and radiciform foot. The meat is rather compact and then tender, yellowish, which in the air turns into a pale blue, with the smell of freshly cut bread and a sweet and pleasant taste. Microscopy shows spores sub-fusiform, olivasters in mass, smooth, 12-15 x 3.5-5 μm.

Cultivation –
The cultivation of porcini mushrooms is not very simple and can only be obtained through mycorrhaging, a particular technique used in agriculture and horticulture, which consists in transferring the roots of the fungus in a soil and creating a symbiotic relationship with other higher plants. In the case of porcini mushrooms, for example, chestnut and oak trees are used, creating a symbiotic relationship between the fungus and the roots of the plants in such a way that the porcino can receive from the chestnut the nourishment necessary for its growth.

Uses and Traditions –
Boletus appendiculatus is a fungus of excellent edibility and is very similar to Boletus edulis, of which some authors consider it a variety, but this is distinguished by the color of the pores, of a more evident golden yellow and for a slight tendency of the meat to turn to the cut to the blue or even to the pink-red. It can also be confused with the Boletus regius, which has a cuticle of an ancient red-pink color and because of the meat that is much less changeable when cut. Another fungus with which it can be confused is the Boletus fechtneri which has similar morphological characteristics, but is distinguished by the color of the lightest hat, almost coffee-like with grayish hues, without reddish hues.

Preparation Mode –
The preparation in the kitchen and the conservation of this mushroom are very similar to other edible bolete and in particular to the Boletus edulis to which reference is made.