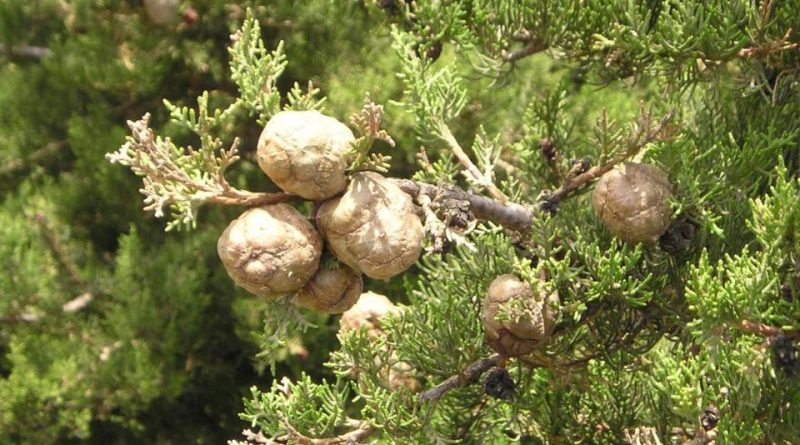 The Mediterranean cypress (Cupressus sempervirens, L.) is an arboreal species belonging to the genus Cupressus.

Systematics –
From the systematic point of view it belongs to the Domain Eukaryota, Kingdom Plantae, Subarign Tracheobionta, Superdivisione Spermatophyta, Division Pinophyta, Classe Pinopsida, Order Pinales, Family Cupressaceae and then to the Genus Cupressus and to the Specie C. sempervirens.

Etymology –
The term Cupréssus derives from the Latin name of the common cypress, derived from the Greek κῠπάρισσος cypárissos, in turn of non-Indo-European origin: perhaps from the Akkadian kapárru-ísu balance-tree, or from the Hebrew gopher name of the tree whose wood it was used to build the Ark. The specific epithet sempervirens always comes from always verdens and verdens: that is, evergreen.

Geographic Distribution and Habitat –
Cupressus sempervirens is a species native to the eastern Mediterranean and southern Turkey, introduced elsewhere since antiquity and was imported into the western Mediterranean by the Phoenicians and the Etruscans for ornamental reasons. This species has become an element characterizing the landscape even in some inland areas (Marche, Tuscany, Umbria). It is a relict species, representative of European flora before the glaciations. 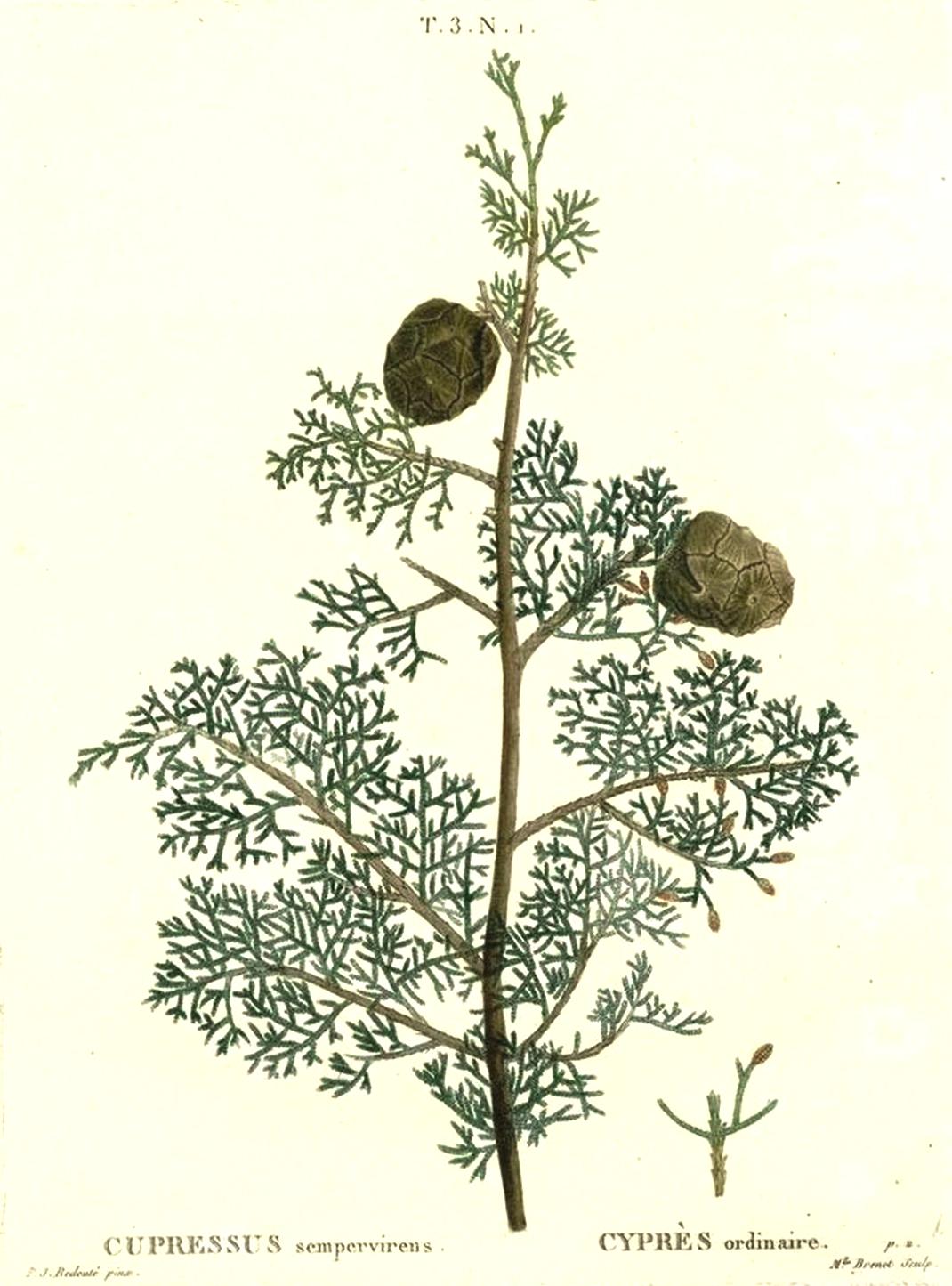 Description –
The Cupressus sempervirens is a tree up to 30 meters tall, with compact and columnar foliage or, as in the horizontalis variety, broadly pyramidal with erect-patent branches. The trunk is straight and slender, with gray ash or gray-brown rind, finely brittle for the long and cracked in the old specimens. The leaves are squamiform, ovate-triangular, with obtuse apex, of dark green color, about one millimeter long, opposed and tightly appressed in four rows around the branches; these possess a dorsal gland which, after rubbing, releases an incense aroma.
The flowers are at the top of the twigs, yellow, indistinctly masculine and feminine throughout the plant. The fruits are small, light-green spheres of young, called galbule, scaly and, after a two-year maturation, change color becoming brown, lignify and open along the fissures of the scales to drop winged seeds (achenes).

Cultivation –
The Mediterranean cypress is a tree that prefers areas characterized by mild and rainy winters and hot, dry summers. It suffers from prolonged colds, but its spontaneous reproduction and adaptability to all types of soil has led it to vegetate a little everywhere; in fact we find it up to 700 m s.l.m. and on dry soils, so as to be used also as a reforestation tree, as well as by windbreaks. However its prevalent use is as an ornamental garden and landscape plant. The renewal of the cypress trees can be natural, it is particularly favored in stony soils or mixed pines. For details of the cultivation technique, see the following sheet.

Uses and Traditions –
The Cupressus sempervirens has been a plant appreciated since ancient times for its balsamic properties; in fact from its branches the oleum cupressi is extracted that is used for the treatment of the cooling illnesses. Hard and very resistant wood is used for the construction of furniture and cabinet-making. The wood is suitable for commercialization starting from 20 cm in diameter and the cypress is well suited to dry soils, difficult to use by other species.

Preparation Mode –
The cypress is used in phytotherapy for cooling diseases. In phytotherapy the meristematic extract (of the buds) is used as a tonic of the vascular endothelium.