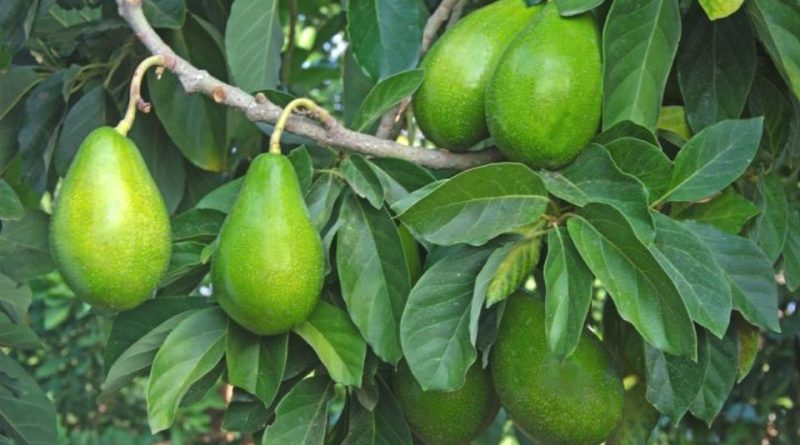 The avocado (Persea americana Mill.) Is a fruit tree species belonging to the Lauraceae family.

Systematics –
From the systematic point of view it belongs to the Eukaryota Domain, Kingdom Plantae, Magnoliophyta Division, Magnoliopsida Class, Subclass Magnoliidae, Order Laurales, Family Lauraceae and therefore to the Genus Persea and to the American P. Species.

Etymology –
The word avocado from English avocado which in turn derives from the Spanish aguacate and then from the nahuatl (or Aztec) āhuacatl, word that indicates the fruit (the plant is called āhuacacuahuitl) and that means testicle, by analogy to the form of this organ. In Spanish-speaking South America it is also called with the name deriving from the Quechua palta or mamón language. The generic term Persea is dedicated to Perseus mythical son of Jupiter and Danae. The specific American epithet derives is obviously in reference to its geographical origin.

Geographic Distribution and Habitat –
The avocado is a species originating from a rather vast geographical area that goes from the central and western mountains of Mexico, through Guatemala to the shores of the Pacific Ocean in Central America. 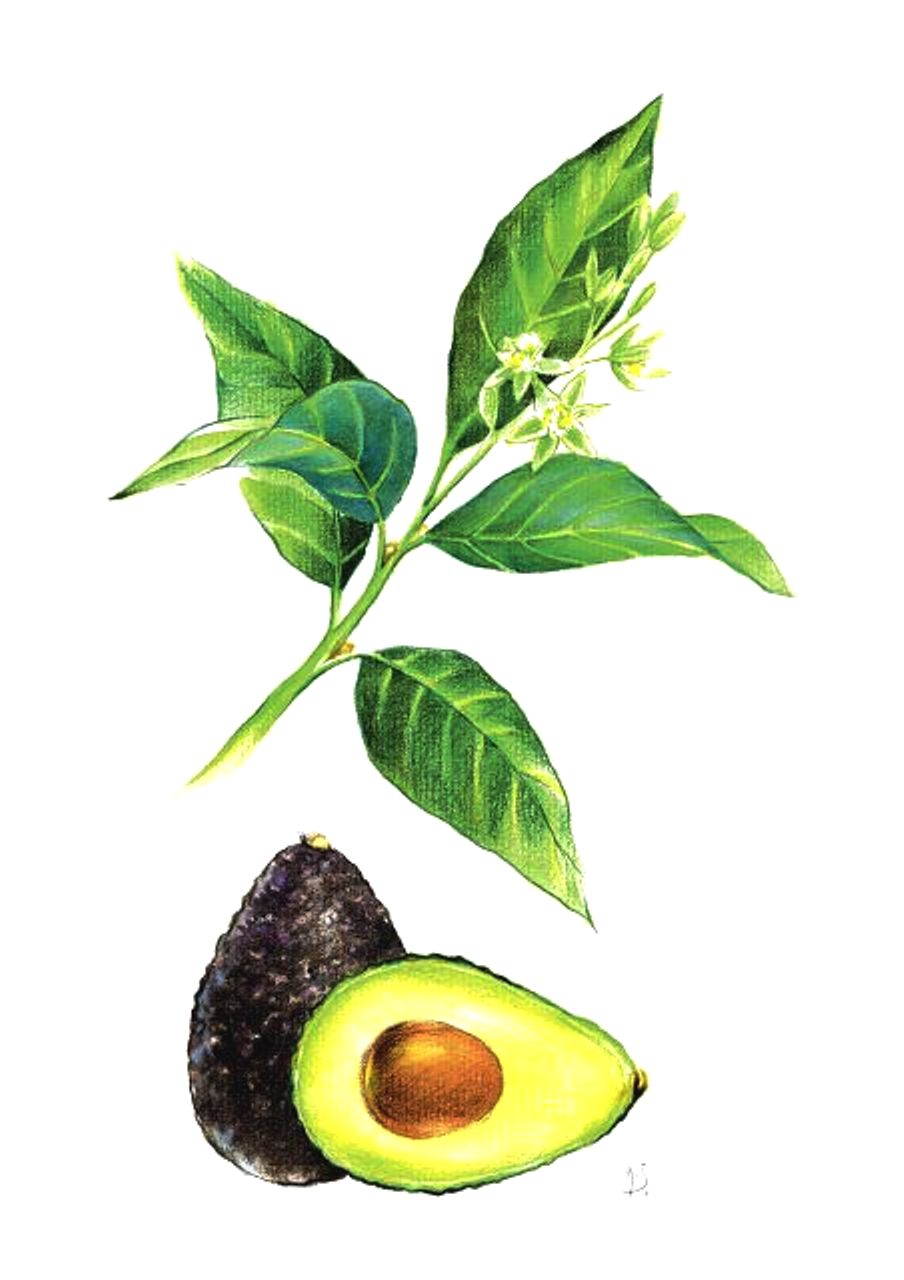 Description –
Persea americana is a tall evergreen tree plant with a very expanded root system. Its foliage can reach heights between 15 and 20 meters. The flowers are in apical position, hermaphroditic, small (5-10 mm) and gathered in very numerous racemes. The fruits are drupes of shape and color varying from green to purple, with only one polyembryonic seed and a buttery pulp, rich in fats; their length varies from 7 to 20 centimeters, while the weight ranges from 100 to 1000 g. The persistent leaves, 12 to 25 cm long, are simple, oval and green in color; these, even if always green species, show an almost complete phyloptosis near the bloom, which can last a couple of months.

Cultivation –
Avocado is an arboreal species with great ability to adapt to various types of climates; from tropical to subtropical, to temperate environments but suffers when the temperature drops below 4 ° C. It bears badly the exposure to sustained winds for which adequate protections must be prepared especially for the highly developed and late ripening varieties. For the cultivation technique you can consult the present sheet.

Uses and Traditions –
The largest producing countries of Avocado in the world are, in order, Mexico, Dominican Republic, Colombia, Peru, Indonesia, Kenya, United States, Chile and Brazil. In addition to food use as a fruit and in various food preparations the avocado is indicated as protective from sunlight. Avocado oil is used to regenerate the skin. It is distinguished by its nutritional properties, in fact it is rich in beta-carotene and glutathione, contains potassium in greater quantities of bananas and is highly caloric (about 250 kcal per fruit).
All parts of the plant are harmful to various animals: cats, dogs, cattle, goats, rabbits, rats, guinea pigs, birds, fish and horses, which can suffer serious damage, even lethal. The plant contains a toxic fatty acid derivative, called persine, which is generally harmless to humans. Beyond certain quantities it can cause painful colic and mastitis in horses, cattle and goats; if they are not treated promptly, these disorders can also lead to the death of the animal. In dogs and cats, however, in case of ingestion, there are symptoms of gastrointestinal irritation, vomiting and diarrhea. Even the birds seem to be particularly sensitive to this compound that causes them difficulty in breathing, congestion, apathy, loss of plumage, accumulation of fluid around the heart tissue, which can lead to asphyxia, coma and death.
It should also be emphasized that in some individuals avocado can cause allergy.

Preparation Mode –
The avocado is a fruit that as a rule is eaten raw, cooked becomes bitter (in addition to the heat the precious fatty acids of which it is rich) deteriorate. Only the pulp is used for this fruit.
The avocado lends itself to multiple preparations: to chunks in salads or to slices on toast completed by a poached egg, but also as a base of sauces, including the famous guaca mole, or using the pulp as a vegan solution of butter and cream in cakes, cookies, mousses and desserts. Because of its consistency, it can also be an excellent ingredient to give smoothness to smoothies and smoothies, as with its neutral taste it will not cover the flavor of the other ingredients. It can be consumed with salt and lemon; in salads combined with an acid element; with tomatoes; with the pepper; with fatty fish such as tuna and salmon; with chocolate; with yogurt; with cloves, nutmeg or cumin.