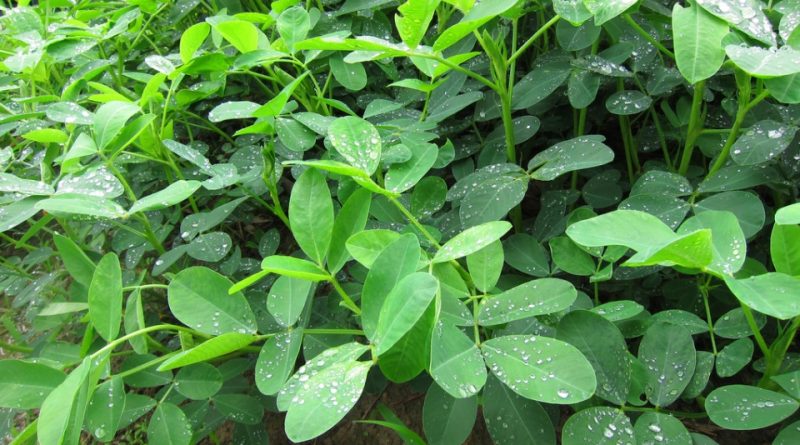 The peanut (Arachis hypogaea L., 1753) is a herbaceous species belonging to the Fabaceae family.

Systematics –
From the point of view it belongs to the Eukaryota Domain, Kingdom Plantae, Magnoliophyta Division, Magnoliopsida Class, Fabales Order, Fabaceae Family, Faboideae Subfamily, Aeschynomeneae Tribe and then to the Arachis Genus and to the A. hypogaea Species.

Etymology –
The term Arachis derives from the Greek ἄρακος arachos, a plant of legumes already mentioned by Aristophanes, Hipparchus and Theophrastus. The specific epogaet hypogaea comes from the Greek prefix ὑπο- hypo- under and from γῆ ge earth: that is, underground, due to the characteristic of the legume to be buried.

Geographic Distribution and Habitat –
Arachis hypogaea does not exist in the native wild state but is believed to originate from the hybridization of Arachis duranensis and Arachis ipaensis. The beginning of cultivation, with this initial hybridization, could have taken place in the region of present-day Paraguay and Bolivia, while others believe it originates from Brazil. 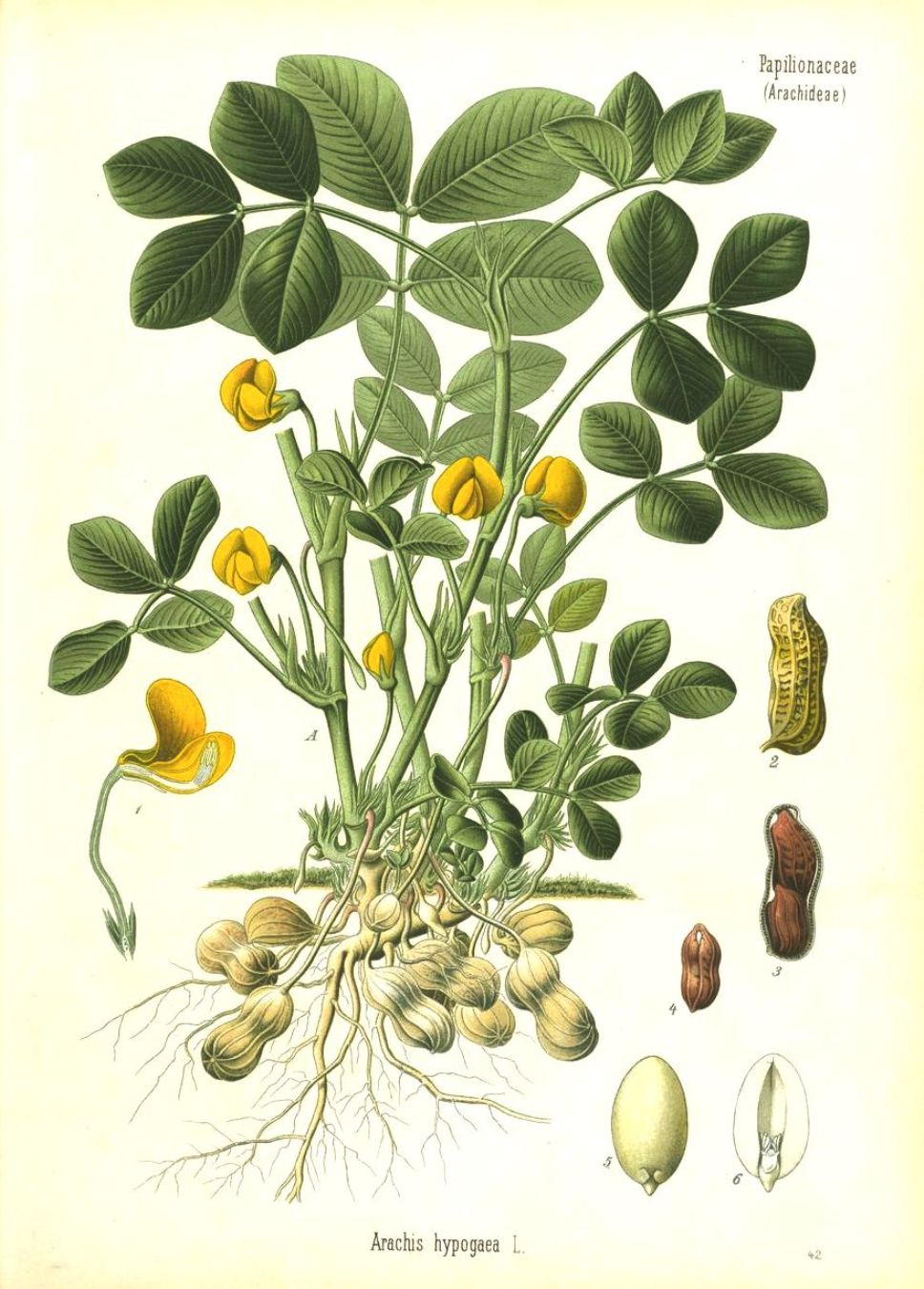 Description –
Arachis hypogaea is an annual herbaceous species with an erect, pubescent stem that reaches a height between 30 and 80 cm. It has opposite leaves, paripinnate, composed of four leaves 1 to 6 cm long and 0.5-3.5 cm wide. The flowers are typically papilionaceous, formed by a larger petal, called the flag and two other petals that contain the ovary, with a diameter of 2-4 cm, of yellow color with reddish veins. After pollination, the 2-5 cm legume is formed which enters the soil to mature. This contains from 1 to 4 seeds.

Cultivation –
To be cultivated, the peanut needs a temperature above 16 ° C during germination, 20 ° C during flowering and 18 ° C during ripening. It is a less demanding species with regard to water, which in any case must be available in large quantities during germination, flowering and the burial and growth of legumes; during maturation it should not be irrigated. It is a plant that prefers loose and sandy soils, not calcareous and with pH between 5 and 6. for its cultivation technique you can consult the present sheet.

Uses and Traditions –
Peanut is an oleaginous species of global importance, originating from South America from where it has spread to other continents. In Italy cultivation has had alternate luck since 1870, when it was first cultivated in the area around Valenza (AL), without taking on huge proportions. Instead, it is cultivated mainly in Asia and Africa, followed by the Americas, Oceania and Europe. The genus Arachis includes about forty species, but only the A. hypogaea L. is cultivated, with different varieties.
The fruits are called in various ways: peanuts, spagnolette, peanuts, bagigi, scachetti, caccaetti (from the nahuatl tlālcacahuatl, which means “cocoa of earth”, become in Spanish or cacahuate, in the countries of the Americas where this word is used, or cacahuete, in Spain), giapponi or cecini.
The seed of Arachis hypogaea contains up to 50% oil and 40% protein; from this an oil is extracted of excellent quality which contains arachidonic acid (2-5%) and has a balanced composition. The panel that remains from the extraction of the oil is used in zootechnical feeding.
In addition to the high oil content, peanuts contain substances beneficial to the body, such as vitamin E and antioxidants.
The toasted seed is widely used in the confectionery industry or for snacks. During storage it is easily contaminated with aflatoxins. Very used, especially in the United States, is peanut butter, which is a food obtained from milling peanut seeds. The pasta is composed of ground seeds, palm oil, salt and sugar.
The importance of the peanut in pre-Columbian peoples is such that its depictions and testimonies are often found.

Preparation Mode –
Peanuts have always been associated with aperitifs: not to be missed on bar counters, next to chips, pretzels and olives, salty ones accompany Spritz, bitters and alcoholic and non-alcoholic cocktails.
They are eaten mainly dried or toasted, as a snack. In the kitchen they are a versatile ingredient, which lends itself to many sweet and savory preparations. Pounded in the mortar with extra virgin olive oil and anchovies, the peanuts are transformed into a tasty cream, ideal for dressing trofie or bavette; they can then be used instead of almonds in traditional basil pesto or rocket pesto, or added as a final touch to pasta – spaghetti or linguine – served with cream or cream cheese. They are excellent for making salads more special, combined with lettuce and parmesan flakes, avocados and shrimps.
They are present in a recipe popular in Thailand, China and other Eastern countries, where meat is cooked with the addition of typical local sauces such as soy and fish.