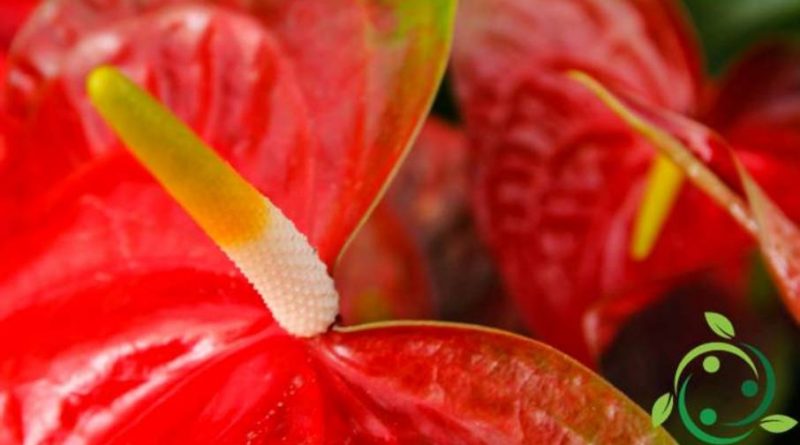 Being unisexual the male flowers are reduced to the stamens only and the female ones to the ovary only.
The spadix is ​​characterized by a particular type of pollination, in fact the insect, attracted by the spatula, penetrates into the sterile female flowers placed above and characterized by having the stylus turned downwards and externally covered by a series of hairs that push the insect downward. In this way it slips into the fertile female flowers and fertilizes them. Once fertilization has occurred, the insect can not leave the flower because of those same hairs that had pushed it down and remains imprisoned until the formation of male gametophytes (germinated pollen grains). At that point the male stamens begin to mature producing the pollen and at the same time the sterile flowers are atrophied. In this way the insect escapes only after the flower has secured the transport on another flower of its own pollen.
In this inflorescence the antesis, ie the period in which a flower is completely open and functional, takes place from the bottom upwards.