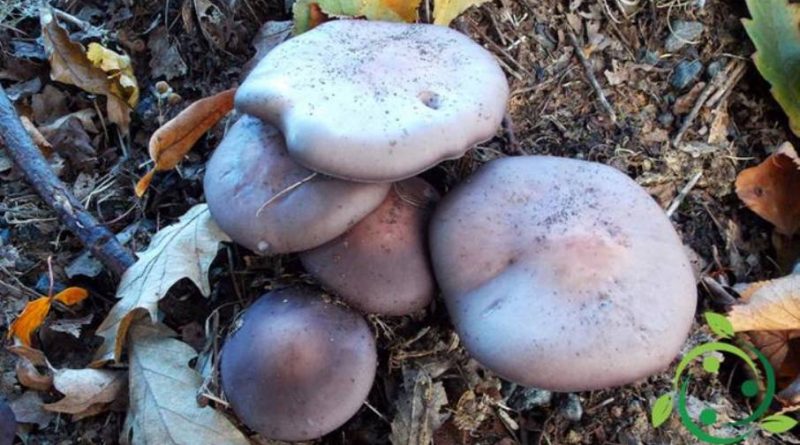 How to cultivate the Lepista nuda

The Agaric violet or Agaricus nude or Cimballo violet (Lepista nuda Bull.), Is a late autumn mushroom among the most widespread, although little known. It is a toxic fungus from raw and should be consumed only after proper cooking. Pre-bottling is not necessary, although some recommend it for better gastronomic performance. Despite being a discrete edible, it is often discarded by the seekers for its very unusual color that induces distrust. It lends itself very well to cultivation and is a good mushroom for soups and stews or pasta, meat dishes, but also as a condiment to garnish pizzas and crepes, to prepare excellent vegetable and mushroom pies, typical of the Italian culinary tradition. In Italy, however, it is a rather unknown mushroom. In this sheet we see how to cultivate the Lepista nuda and the main technical devices.
The Lepista nuda is a fungus that grows a little around the world in a variety of climates. It is considered one of the easiest mushrooms to grow and produce. For its cultivation it is necessary to start from the choice of the substratum.
For this reason it is necessary to prepare a particular substratum possibly made up of dead deciduous leaves, partially mixed with pine needles, to which to add cereal straw; to this we must add a 50% of mature horse manure to which to add agricultural gypsum to bring the pH to a value around 6.5.

This substrate should be partially decomposed for a period of about one month adding water daily but not exceeding so as not to create excessive anaerobic reaction and stirring it every two or three days. In fact, the fungus prefers a partially decomposed substump. After this preparation period you can lay this compost on pallets, boxes or other flat supports. The cultivation room must be poorly lit, never with direct sunlight, ventilated but not subjected to air currents. The Lepista nuda mycelia to be inoculated, with its characteristic violet color, can be easily purchased on-line.
The mycelium should be evenly distributed over the entire prepared surface.
Once the mycelium has been distributed, it is necessary to add a coating layer on the upper part. This layer can be composed of peat mixed with 20-30% of clay soil to promote moisture retention and support the growing mycelium; you do not have to exceed in the clay in order not to slow down the growth of the fungus. The coating layer should be about one centimeter.
At this point it is necessary to irrigate (with a watering can for small surfaces and with spraying systems for larger surfaces) according to a proportion of 10 liters per m2 of cultivated area. Irrigation should be done whenever you notice that the upper part tends to lose moisture.
Regarding the inoculation period of mycelium this can be done practically in any period of the year but the most suitable period is from February to October.
Mushrooms appear 4 times a year (2 times in spring and 2 times in autumn) but for the first production it is necessary to wait about 2.5 months after inoculation.
On average, the first crop is 0.35-0.50 kg / m2, the subsequent ones 3.5-4.5 kg / m2. The mycelium grows for a few years so that the substratum can be reciprocated with the addition of a new mixture produced with the same criteria described above.