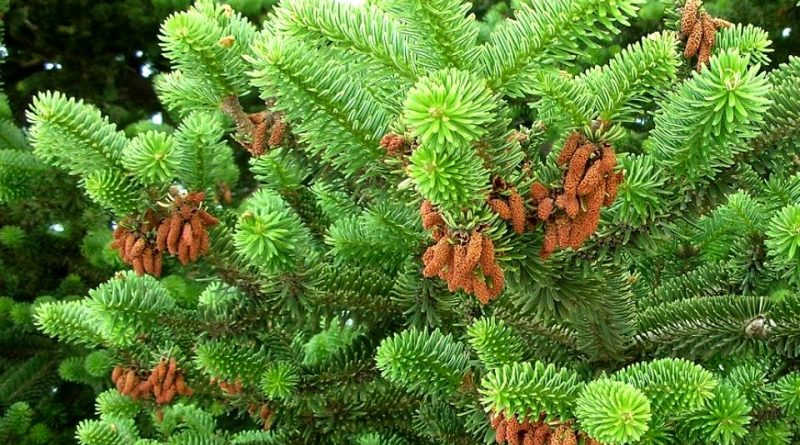 Systematics –
From a systematic point of view it belongs to the Eukaryota Domain, Kingdom Plantae, Pinophyta Division, Pinopsida Class, Pinales Order, Pinaceae Family and therefore to the Genus Abies and to the A. cephalonica Species.

Etymology –
The Abies terimne comes from Abies -tis, a classic Latin name (Virgil, Egloghe), derived from the Sanskrit root abh: gushing (of the resin). The specific epithet cephalonica comes from Cephallenia which is the largest of the Ionian islands, today Kefalonia (in modern Greek Kefallinia), of Greece.

Geographic Distribution and Habitat –
The Abies cephalonica is a fir tree originating from the south of Greece and its islands, where it is found in spontaneous formations between 700 and 1600 m s.l.m. and with average annual rainfall between 750 and 1,500 mm, and extremes of -25 ° C; this species is however widespread in many European regions where it has been used both in reforestation and for ornamental purposes. It grows preferably on calcareous and well-drained soils in the regions of Peloponnese, Kefalonia, Evia, Epirus, Central Greece and Macedonia, also forming pure woods or in combination with species of the genus Quercus, or with Fagus orientalis, Castanea sativa and Pinus nigra. This species grows in the same habitat occupied by the silver fir, often combining with it and giving life to a hybrid, the Abies borisii-regis. 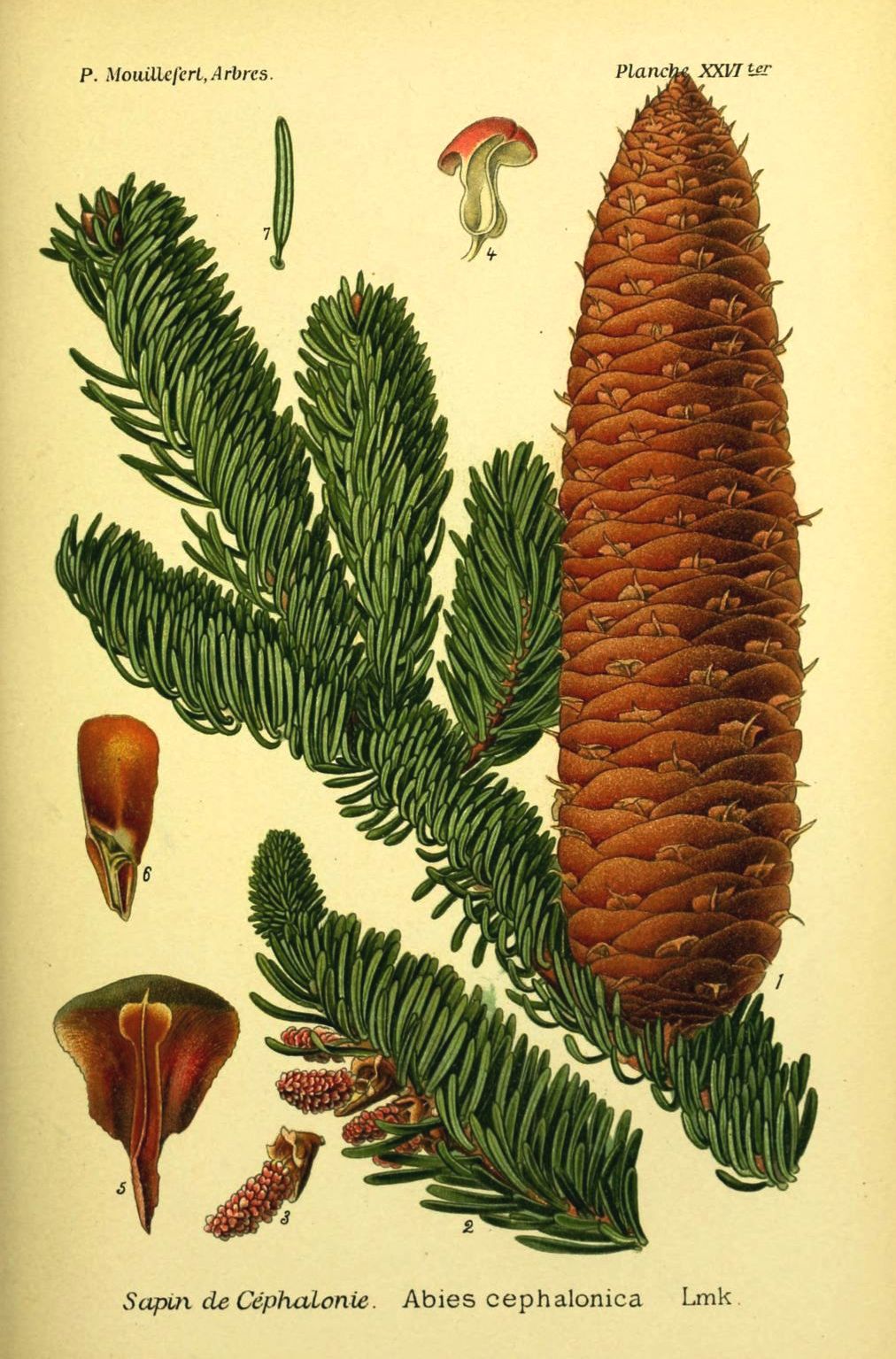 Description –
The Abies cephalonica has a typically conical posture with a crown which, with age, tends to become irregular. The boxes are placed on the stem in verticilli, in an often alternate arrangement; the bark is greyish in young plants, with a tendency to darken and slit longitudinally in the older specimens. The leaves are in the form of long, flattened, pointed and pungent needles arranged like a brush on the branch; these are bright green; on the lower page are characterized by two white stomatid bands, similar to those of Abies alba. The male cones are small in size, red when young and tending to yellow because they are covered by mature pollen. The female cones are cylindrical, brought upright, about 10-15 cm in length with pointed triangular bracts.

Cultivation –
The Abies cephalonica propagates by seed placed in greenhouses in February or directly outdoors in March or, alternatively immediately after harvesting in autumn, outdoors, to subject the seed to a natural stratification that increases the percentage of germination. usually scarce. Germination requires an average of 6 to 8 weeks with the plant in spring or early summer. It is a species that does not particularly tolerate the transplant and in any case the complete engraftment is slow.

Uses and Traditions –
The Greek fir is sometimes preferred in reforestation, especially on calcareous soils and in more drier areas. It is a heliophilous plant that in the juvenile phase takes advantage of short periods in shaded areas. Its use in reforestation is mainly in the natural hybrid form with the Abies alba. It is a species subject to genetic contamination with other species of the genus Abies. In any case, in spite of the decrease of the specimens of the populations of the last 50 years, above all because of the forest fires, the Greek fir is not yet included in the red list (IUCN) of the endangered species.

Preparation Mode –
The Abies cephalonica does not find uses other than those related to consolidation, reforestation or ornamental use.