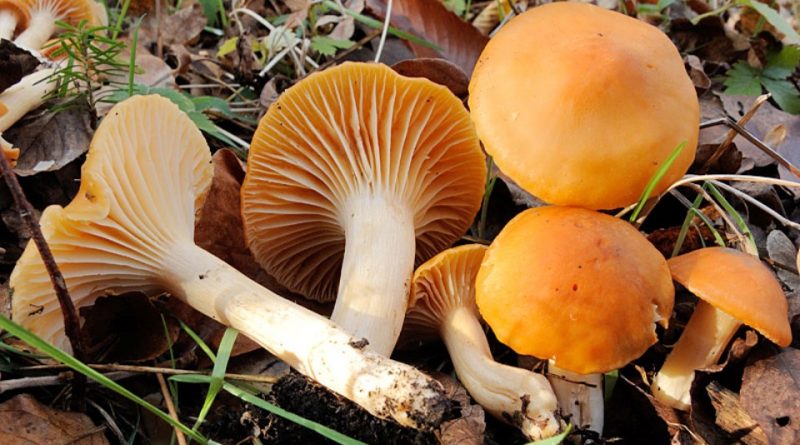 Systematics –
From the systematic point of view it belongs to the Domain Eukaryota, Kingdom Fungi, Basidiomycota Division, Class Basidiomycetes, Order Agaricales, Family hygrophoraceae and therefore to the Genus Hygrocybe, Subgenus Cuphophyllus and to the Species C. pratensis.

Etymology –
The term of the genus comes from the Greek ὐγρός hygrόs humid and from κύβη cýbe head, hat: with the wet hat. The specific epithet pratensis derives from the Latin ‘”pratensis'”, of the meadows; for its typical habitat of meadows.

Geographic Distribution and Habitat –
Cuphophyllus pratensis is a fungus that has a considerable diffusion in temperate zones; it is present in Europe, North Africa, North and South America, North Asia, Australia and New Zealand. In Italy its typical habitat is among the grasses of meadows and pastures, on the edge of the paths but also in the hardwood clearings. 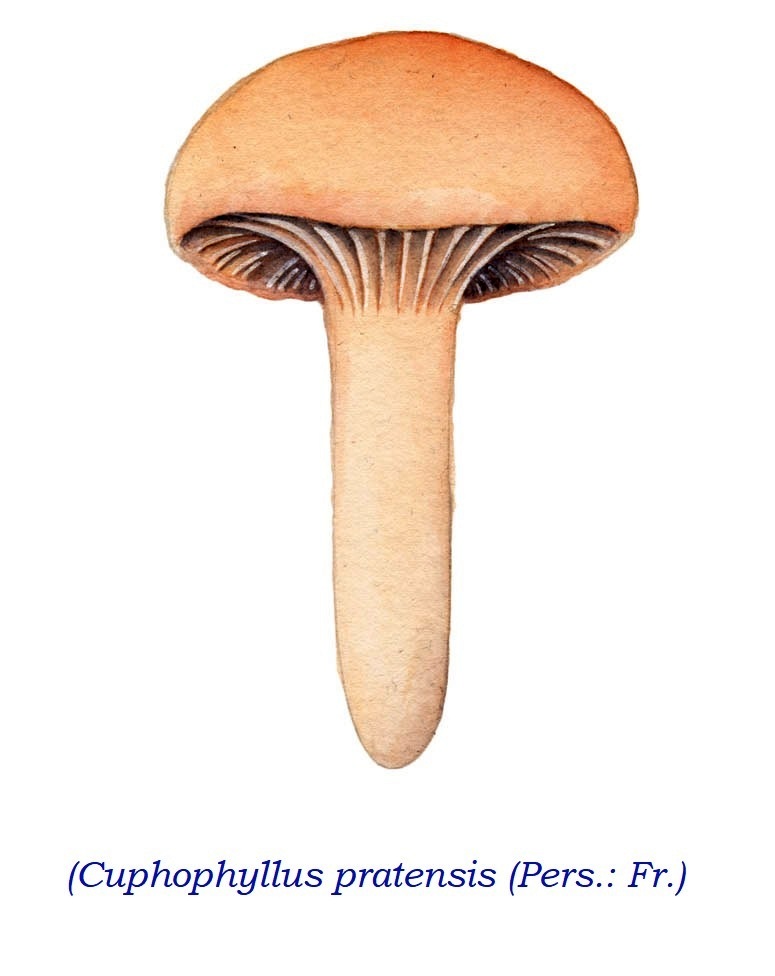 Description –
Cuphophyllus pratensis is distinguished by a hat of 8 -12 cm, more or less widely convex and depressed, with an acute, wavy and flexible margin sometimes cracked in age; the cuticle is opaque with a color ranging from apricot to opaque orange; the lamellas are thick, spaced, wide, often interposed, concolorous, or clearer; the stem is 4-6 x 1-1.5 cm, often restricted to the base, of the same or lighter color of the cap; the flesh is pale orange under the cuticle, cream-colored to whitish elsewhere, odorless and without any real flavor; the spores are white, not amyloids of 6-7 x 4-5 μm;

Cultivation –
There are no crops of this fungus.

Uses and Traditions –
In Europe, Cuphophyllus pratensis is a typical mushroom of clearings, a habitat that is unfortunately declining due to the change in agricultural practices. Although this species is one of the most common in the genus, it nevertheless appears on the official or provisional red lists of mushrooms threatened in some European countries; these include the Czech Republic, Germany (Bavaria), and Poland. It is among the edible fungi and in some countries, as in Italy, they are collected seasonally for commercial sale in local markets. Opinions differ on his goodness; some consider it an excellent edible and that does not give it a particular flavor.
They are synonyms of this species: Agaricus pratensis Schaeff. (1774), Hygrophorus pratensis (Schaeff.) P.) (1836), Camarophyllus pratensis (Schaeff.) P.Kumm. (1871) and Hygrocybe pratensis (Schaeff.) Murrill (1914).
Unfortunately, this fungus is rather sensitive to the good ecological status of its habitat and for this reason it becomes increasingly difficult to find it and is a threatened species.
If the conditions of humidity and temperature are optimal, it can be found quite late in the season, from October to December, preferring the humid freshness of the rainy autumn days and the beginning of winter.
Its firm and dense flesh makes it a respectable edible, one of the best of its kind, but be careful, provided it is not harvested in pastures fertilized with chemicals, as it could produce intestinal disorders.

Preparation Mode –
Cuphophyllus pratensis is a good edible mushroom, but it is always meant only after at least a medium-term cooking, ie 25/30 minutes in the pan, therefore not taking into account their consumption from raw.