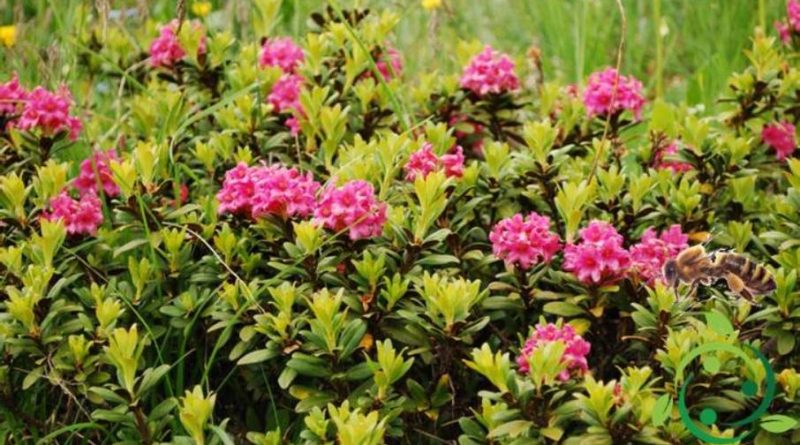 How to make organic rhododendron honey

For the production of this particular honey we must start from the characteristic habitat where the Rhododendron plant lives. This shrubby plant grows in sunny soils, at varying heights between 800 and 1,300 meters. The flowering of this species of plants occurs between mid-June and the end of July. To understand how to produce organic rhododendron honey, some basic considerations must be made. Meanwhile, only recently has Rhododendron honey become a fairly common production, because only in recent times have become available means and roads with which to support a not easy transhumance, especially when we refer to the highest altitudes. Rhododendron honey is produced in Italy in practically all the regions of the Alps: from Valle d’Aosta, through Piedmont, Lombardy, Trentino-Alto Adige, to arrive, even if to a lesser extent in Friuli -Venice Giulia. One of the complications to the production, in stable quantities, of this honey is due to unstable meteorological conditions; the production being very tied to these limitations results, from year to year, very irregular. For this reason rhododendron honey can be defined as a niche product. Due to its characteristics, almost always the production of rhododendron honey is not sufficient to satisfy the request.

The reason for this request is because this honey is definitely appreciated for its organoleptic characteristics, but also because it is harvested in uncontaminated areas of high mountains, where even if it is not certified in organic it is almost certainly free from residues of synthetic products. The main organoleptic characteristics of rhododendron honey are: it is in the liquid state from colorless to pale straw yellow; in the crystallized state from white to light beige; the smell is very weak, ethereal; the taste is normally sweet, fine, not very persistent. A further difficulty in producing rhododendron honey in monofloral purity is linked to the fact that it is not done on intensive cultivations but on natural habitats where the rhododendron plant is obviously in association with other species typical of the area. For this reason you will often not find, in this honey, the organoleptic characteristics described above. In fact, in fact, the honey usually defined as rhododendron has a more intense aroma, due to the presence of other species. Rhododendron honeys are common with a floral / fruity aroma due to the presence of raspberry or with pungent odor due to the presence of the thymus.
Therefore, to avoid this problem, we must think of increasing, with artificial plantations, the density of presence of the rhododendron in these arias to obtain a honey with a higher monofloral percentage. But we must be careful of the toxins that may contain this honey (graianatoxins, rodotoxins), capable of causing what is called rhododendron poisoning or mad honey intoxication. The toxic effects are also found on the same bees that can die poisoned. In Italy the problem can be given by rhododendron ornamental cultivated in the gardens and visited by the bees, or you have to pay attention to lots of honey coming from Turkey. Toxins are very concentrated in the honey of “Rhododendron ponticum” and “Rhododendron flavum”, which grow in fact in the mountainous regions of Turkey. Unfortunately, inappropriately, the poisonings due to these honeys are not infrequent. In particular, men who challenge its toxicity to exploit its renowned properties of “natural viagra”. These are symptoms lasting 24 hours which can be caused by a few spoonfuls of honey. Fortunately in the species of Rhododendron spontaneous in Italy, these substances have been found only in the leaves, poisonous for both humans and for the livestock, while the nectar, and therefore the honey, do not show traces of substances dangerous for humans.