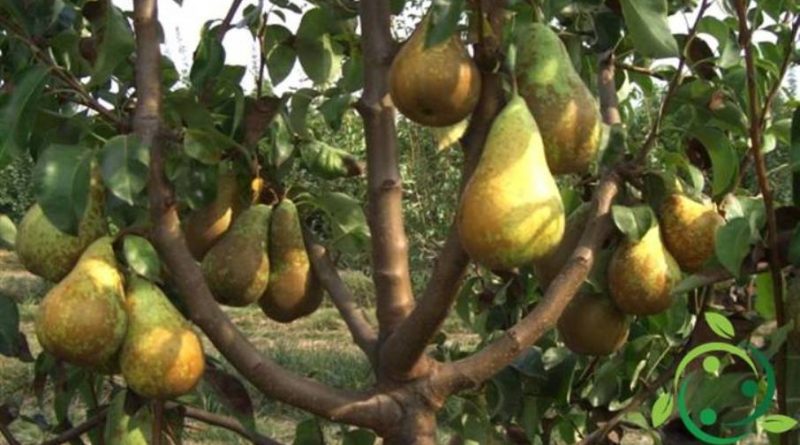 The pear tree (Pyrus communis subsp. Communis) is one of the most cultivated tree species in the world, of the Rosaceae family, of Eurasian origin but of uncertain identification. In order to obtain the best quality fruits, quantities and pieces, it is necessary to know the pruning techniques carefully. In this sheet, according to different needs and forms of breeding we will see how to prune the pear tree and the techniques to be adopted. To know the best pruning techniques we must start from the normal physiological tendency of the pear tree which has an upward bearing, with its branches tending to grow vertically. In addition, the production of the pear tree occurs in young branches, that is, in those between two and three years of age, while the older branches tend to become totally unproductive. The pruning technique must therefore take into account these characteristics, protecting the fertile branches and periodically eliminating those that are now unproductive. For this it is necessary to perform a training pruning, also called breeding, in the first years of life of the plant that gives the right shape and size. This pruning takes place within the first two years of life of the plant, while starting from the second year on, when the branches have become fruit bearing, the production pruning is started.

Pruning pruning therefore consists in eliminating a certain number of branches to give the shape of the future plant and is carried out above all in the planted plants; subsequently when you buy a seedling from the nursery, you have to reduce the foliage in order to favor the initial development of the roots, you must cut or eliminate the damaged or broken twigs and damaged roots. Another important precaution, in the case the plant has a notable vegetative vigor, is to slightly thin the crown, in order to give air and light to the central anaston from which the whole plant will be impaled.
However, the forms of farming can also change according to different needs; the most used are those with spindle, palmette and double axis.
– In the fusetto you get a shape consisting of the central trunk and five or six side branches, leaving only the side branches long at most eighty centimeters and cutting those too fine superoriums to this length. The branches to be left must be vigorous, well-lignified and with an apical bud already developed, while the branches of the top that tend to take over are also to be eliminated.
– The palm from the tree instead of a tree with a wide and very flat. To constitute this form of breeding must be identified two or three vigorous branches on the central anaston and eliminating all others, with the foresight, in the early years, to make sure that the toon does not exceed eighty centimeters in height and letting it grow in the following ones, making only return cuts (shortening) on ​​the lateral branches of the main branches.
– In the double-axis shape, which is similar to the palmette, the crown develops from two main astones, which are left from the beginning. On these two bearing branches the branches will be cut with the same technique of the palmette; in this way a wall structure will be obtained with both horizontal and vertical development.
Production pruning starts from the second year of age; in this way the branches of a year grown on other old branches must be eliminated (as unproductive) while those that grow close to the trunk should be left as they will become productive from the second year. At this point the two-year branches contain many fruit-bearing buds and these must be reduced to improve fruit size. On these branches you can also make a return cut, with shortening to 20-40 cm, which leaves a fruitful bud at the apex. The three-year branches must undergo the same pruning of the two-year branches and the unproductive four-year branches must be eliminated. Obviously the intensity of the production pruning of the pear tree varies according to the variety that is cultivated; some varieties in fact bear little fruit and require an abundant removal of flower buds, others fruit a lot, but only on some branches and, therefore, do not require drastic pruning.