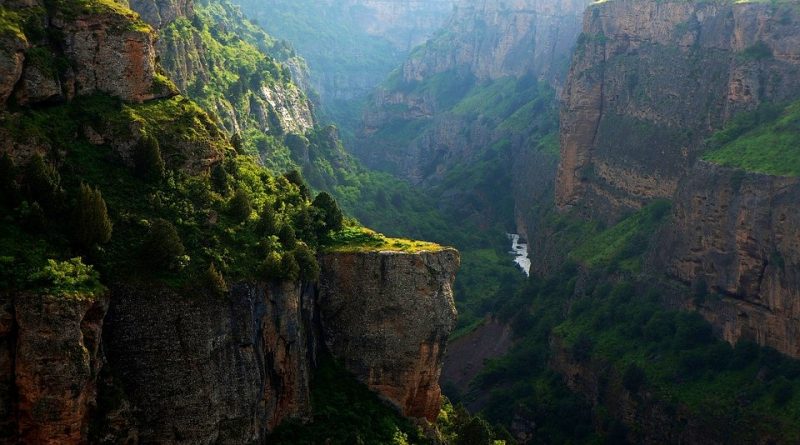 Chorology (or phytogeography) is the discipline that studies the geographical distribution of plant species and fungi.
A corotype is the type of range to which a species belongs, or even a genus or a family that is indicated with the name of the relevant geographical area (eg Mediterranean corotype, Eurasian corotype, etc.). The set of species that insist in this area is called a geoelement. In order to identify the various corotypes, the areas of numerous species, families or genera are compared and classified into homogeneous groups.
The chorotypes year the purpose of analyzing the floristic composition of a territory in terms of distribution; they provide a concise and characteristic picture that is represented by the chorological spectrum; this consists of a histogram indicating the percentage of species for each corotype. In each portion of the territory the flora is structured in a complex form with species belonging to several corotypes.
In the field of the Angiosperms, their world distribution can be identified with corotypes referring to the families. The Angiosperms are divided into 257 families that substantially belong to 6 corotypes.
These 6 corotypes are represented by Cosmopolitan, Panboreal, Panaustral, Pantropical, Bipolar and Endemic families.

All the major families (including Asteraceae, Leguminosae and Gramineae), distributed in all or almost all the regions of the earth, for wide adaptability to environmental conditions, belong to Cosmopolite.
To the Panboreali belong the families limited to the temperate-cold zones of the boreal hemisphere, as (Liliaceae, Aceraceae, Betulaceae, Caprifoliaceae and Cannabacee).
At Panaustrali those distributed in all the periantarctic lands (Patagonia and Chile, South Africa, New Zealand, Australia and Tasmania), testifying to the past contiguity between these lands (such as the Gunneraceae, the Proteaceae and the Goodeniaceae).
To the Pantropicals, which are found in the intertropical areas, but almost all with some representatives even in warm-temperate areas of both hemispheres (Myrtaceae, Acanthaceae, Lauraceae, Verbenaceae, and Arecacee).
Bipolar to those with strongly disjoint distributions of the globe, such as the Papaveraceae (North America and Eurasia, South Africa and Australia), the Posidoniaceae (Mediterranean, Australia) and the Cistaceae (North America and Western Eurasia, South America).
Finally, the Endemics to which families belonging on a single continent or even more limited regions, such as the American Cactaceae, belong.