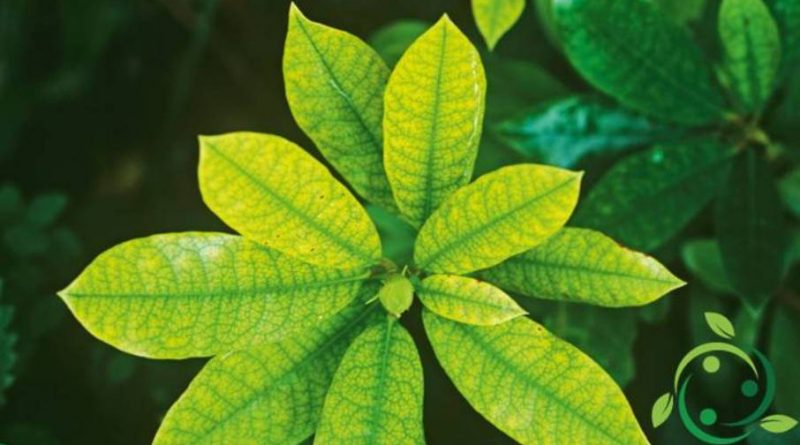 Role of iron in plants

Iron (Fe) plays a fundamental role in all plants. This element is absorbed by the plants in cationic form (Fe2 + and Fe3 +) and allows the plant to build some molecules of crucial importance. Among these we remember first the chlorophyll, whose synthesis is possible together with the presence of nitrogen and magnesium. However, let’s see in detail what is the role of iron in plants, its functions and cases of deficiency or excess. Let’s say immediately that in nature iron, even if it is quite present, is hardly available for plants, so much so that the symptoms resulting from its deficiency are quite common. This availability is very linked to the solubility of the iron which is conditioned, in turn, by the acidity (pH) of the soil; in basic and / or calcareous soils can cause deficiencies of this microelement. Above all, plants that prefer soils with a lower pH (acidophilus) planted in neutral or basic soils, are subject to iron deficiency. Another factor that can determine iron deficiency can be that of the excess of other elements: among these we remember the aluminum, which can make it extremely difficult to absorb iron in all plants. In addition, iron interferes with the pigmentation of chlorophyll and some flowers. The hydrangeas, for example, owe the intense blue of the flowers to the good availability of specific “light blue” ferric products which contain in optimal proportions quantities of iron, aluminum and other microelements.

Or the meadows of the football fields that take on a color with blue tendencies when they are treated in the right quantities with ferric products. Ultimately, iron acts as a catalyst for respiratory processes and for the formation of the chlorophyll molecule. This element is found inside plants in active forms or in inactive forms; for this reason the phenomena of ferric chlorosis derived from a lack thereof are not always correlated with the actual content of iron in the tissues. Among the active forms we recall some complex organic compounds such as some proteins, lipoids and enzymes (catalase and peroxidase), which are particularly abundant in the young leaves of plants. Iron is present in the soil as Fe hydroxides (soluble at acidic pH), Fe phosphates (soluble at alkaline pH), ferric humate (coming from the transformations of organic matter). Ultimately Iron is almost always present in soils in abundance, but can be found in forms usable by plants or because in an insoluble form or because it is linked to other compounds and it is important to know that there are agronomic techniques to make it or make it available naturally.
Finally we see the symptoms of deficiency and those of excess.
The symptoms of iron deficiency are manifested by the chlorosis which is highlighted as an anomalous yellowing of the leaves, which normally have an intense green color, caused by the lack of absorption by the roots of the iron (Fe). This is because the lack of iron absorption causes in the plant many metabolic imbalances, among which the most evident is the impossibility to synthesize the chlorophyll which gives the synthesizing organs (leaves and young shoots) the typical intense green color. The chlorotic leaves, in addition to being smaller than normal, have a more or less intense yellowish color, not uniform. The higher the iron deficiency the more yellowing is clear, especially in the areas of chlorophyll parenchyma between the leaf veins. These symptoms appear first on the younger leaves, and then appear on the older ones; in the more severe forms the yellowing may uniformly involve the entire leaf lamina and subsequently to the drying of the leaves with loss of these.
The symptoms of excess, much rarer (and often linked to wrong contributions of this element) are manifested with a phytotoxicity that determines the death of the plant after its gradual wilting.