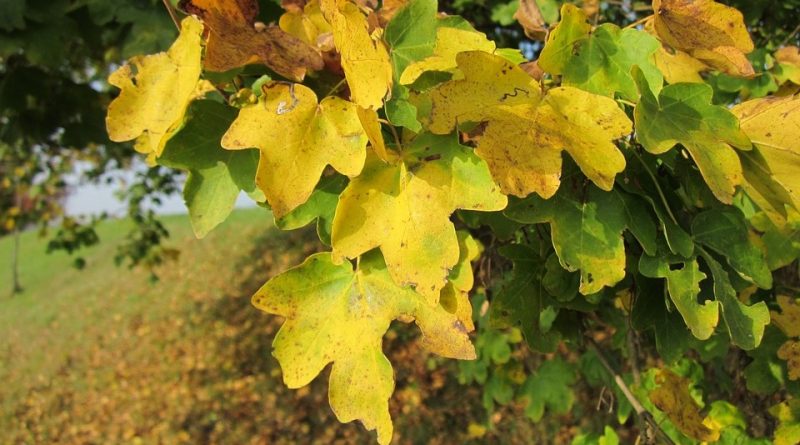 The Country Maple, also known as tostello, loppio or testucchio (Acer campestre L.) is an arboreal species of the Aceraceae family.

Systematics –
From the systematic point of view it belongs to the Eukaryota Domain, Kingdom Plantae, Magnoliophyta Division, Magnoliopsida Class, Sapindales Order, Aceraceae Family and therefore to the Acer Genus and to the A. Campestre Species. According to some authors it is present in two varieties that are: Acer campestre var. campestre, and Acer campestre var. leiocarpum (Opiz) Wallr ..

Etymology –
The term Acero, from the Latin name dell’Acero, mentioned in Pliny and Ovid, should derive from acer acris: pointed, pungent; both for the pointed shape of the leaves and for the use of maple to make lances. The specific rural epithet, derives from campus: a flat place, a field that grows in the fields.

Geographic Distribution and Habitat –
The Acer campestre is widespread in most of central and southern Europe, in the east it reaches the Vistula and the Don, in the north Scotland and Ireland, it lacks in Finnoscandia, in the west it rarely in the Iberian peninsula, but we find it later in the cooler areas of North Africa, of the pontica Anatolia (Black Sea), it reaches the Caucasus and the mountains of Iran. Present in all Italian regions. Its Habitat is that of meso-thermophilous woods but not excessively xerici, above all in the deciduous oak woods, from the cold Lauretum to the cold Castanetum at the edge of the Fagetum. In Italy it is very common from sea level to the beginning of the beech forest. It prefers rather rich soils, also of clayey-silty matrix, finds less competition in weakly carbonate soils. 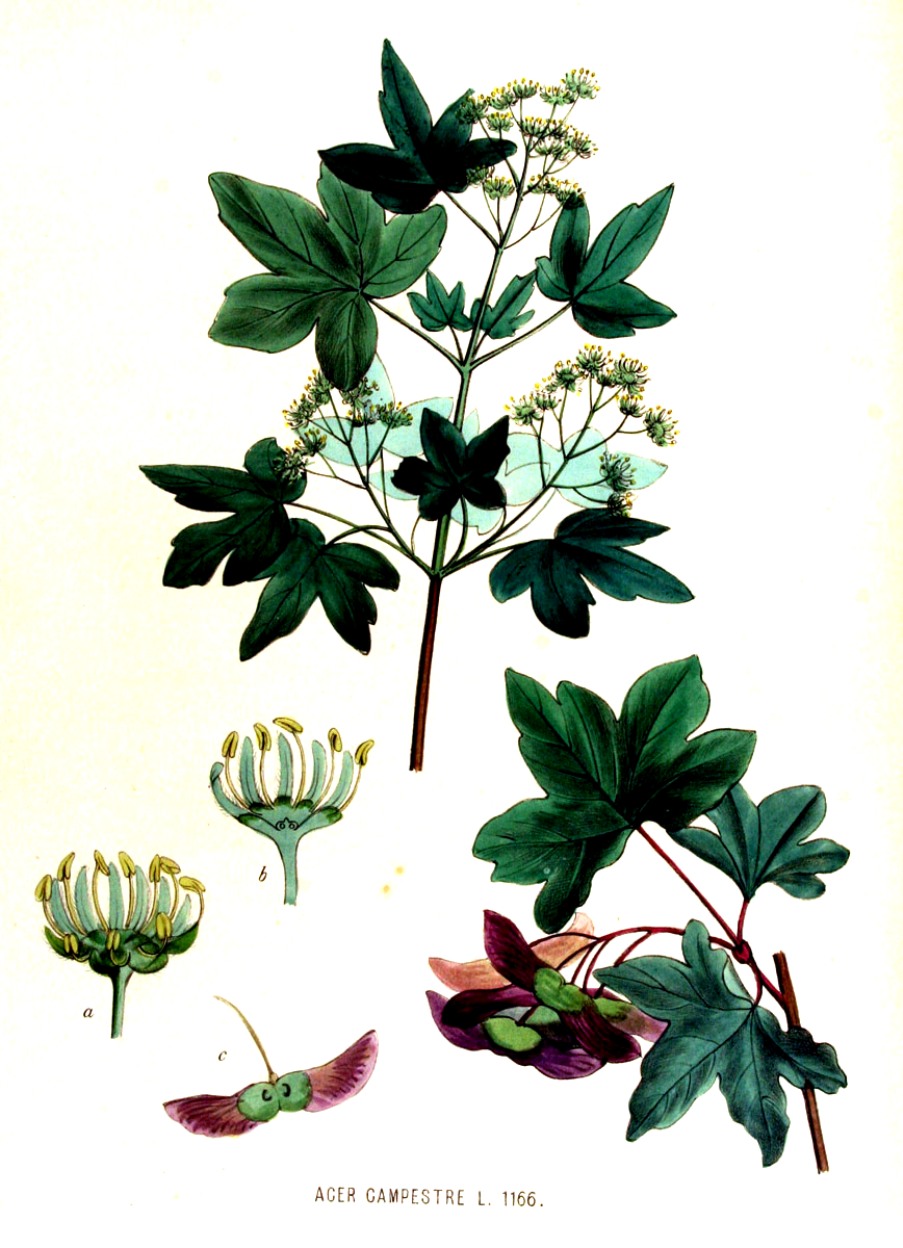 Description –
Acer campestre is a deciduous tree species of modest size (up to 18-20 meters in height); with not very tall stem, often twisted and branched trunk; roundish and loose crown. The bark of this tree is brown and cracked in rectangular plates; the branches are characterized because they are thin and covered with a hair. The leaves are simple, in full and wavy margin, about 5-8 cm wide, with expanded lamina with 5 or 3 obscured lobes, petiolate and dark green. They represent an excellent fodder for animals. The flowers are small, green in inflorescence both unisexual and hermaphrodite. The fruits are of the achenes (winged scallops).

Cultivation –
The Acer campestre is an ornamental species often used in gardens and parks, also for its tolerability to pruning and for the formation of hedges, due to its effectiveness in the consolidation of landslides. At one time it was used, especially in Emilia, to support the rows of vines.

Uses and Traditions –
The field maple is a mellifera plant, but its honey is rare. Its leaves are used as fodder, while wood that is light, hard and heavy and tends to warp, is used only for the manufacture of small objects. It is also an excellent fuel. It also possesses slightly anticoagulant properties, it helps in the prevention of calculosis and in the cures following the manifestations of Herpes zoster; the decoction of bark is still used as a refreshing intestinal or in skin erythema; some use to add some minced bark to refresh the skin in the bath water. The active ingredients are mainly contained in the bark not yet suberificato of young twigs and are made up of: tannins, phytosterols, allantoin, choline.
The ancient popular beliefs attributed to the maple magical properties against witches, bats, and misfortune.

Preparation Mode –
In addition to the use of the cortex in the decoctions, as a refreshing, in the calculi or for the skin rashes has no other uses. For decoction for internal use: roughly chop 30-35 g of dried bark, pour into a liter of cold water and bring to a boil. After 15-20 minutes from the beginning of boiling, remove from the heat, leave to stand for 5-7 minutes and then filter. They take two to three cups a day, if the taste is too unpleasant, sweeten with a little honey from Acacia or Chestnut.