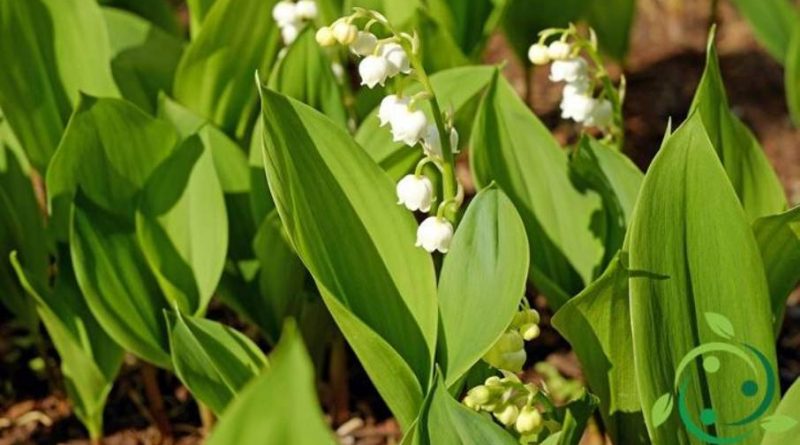 How to grow lily of the valley

The lily of the valley (Convallaria majalis L., 1753) is a perennial, poisonous and rhizomatous herbaceous species of the Asparagaceae family (Liliaceae). This plant, up to 20 cm tall, grows wild in the Italian pre-alpine areas and is widespread in Europe, North America and Asia. This species has some pink-flowered varieties. Now let’s see how to grow the lily of the valley starting from its climatic and habitat needs. The lily of the valley is cultivated as an ornamental plant in the shady places of parks and gardens in order to decorate flower beds; another objective of its cultivation is that for the industrial production of cut or forced greenhouse flowers for the winter commercialization of potted plants.
The varieties that are grown for winter forcing require the use of rhizomes with eyes (buds) of 3 years, with rounded apex. These are kept in a cool environment, placing them in bunches, in boxes where the substratum is composed of sphagnum, covered with sand, peat or sawdust.

The cultivation must be carried out without light with temperatures of 25-30 ° C, taking care to wet daily, when the seedlings have reached a development of 10 cm in height; at this point the brightness is increased and the temperature is lowered at 20-22 ° C. For the production of the cut flower proceed to the cut to the flush of the expulsion. In general, however, the method of cultivation consists in choosing a shaded position, with soft, rich and sandy soil, abundant watering during the vegetative period, with summer rest. The multiplication of lily of the valley is carried out in autumn or spring, by division of the rhizomes, leaving a bud and some roots for each portion.
For its extra ornamental and decorative uses, it should be remembered that the syrup, the infusion combined with syrupy substances or the powder mixed with honey, of the whole plant collected in full bloom, in May-June, and dried in the air in place shaded, have diuretic, emetic, cardiotonic properties. The infusion, for topical use, is used for ear washes. The only dried and reduced rhizome in powder has a sneezing effect. Furthermore, the Convallaria majalis is used for the medicinal properties of some glycosides such as convallatoxin, convallamarine, convallar and convallaric acid.
The aroma of lily of the valley is used in perfumery, but it is often preferred that of synthesis.
A warning. Recall that this plant is poisonous in all its parts, excluding the rhizome, because of its content in cardioactive glycosides including the convallatoxin that possesses cardiocinetic activity 10 times higher than that of digitoxin. This is why it is not recommended for use without doctor’s advice; can have emetic action (stimulating vomit), drastic and cardiotoxic purgative.