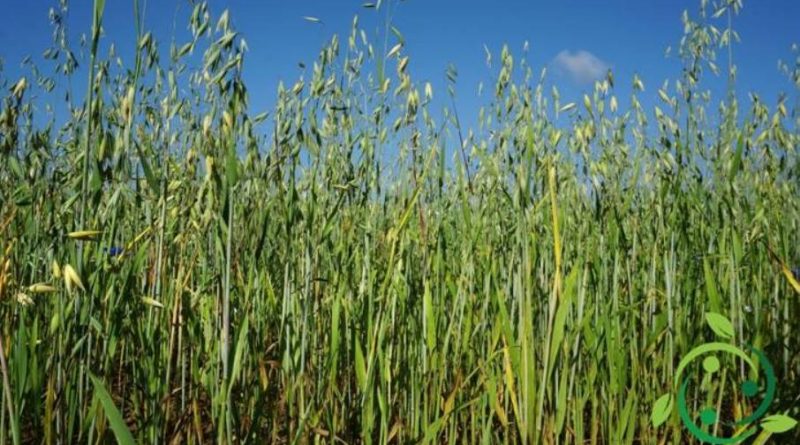 How to grow Oats in a biological way

The common oat (Avena sativa L.) is a herbaceous species of the poaching family. The varieties used in agriculture date back to about 4,500 years ago, selected from wild species, from European and Middle Eastern farmers. Among the most cultivated species in the world it plays a fundamental role in human and animal nutrition, even if in recent times, its cultivation has decreased due to the lower yield compared to barley and to the decrease of horse farms and to some limits of use in feed. The oats, as well as cereal whose grain is the “biada” par excellence, is also consumed by man and is a very important forage crop in the form of a grass. This species therefore plays a fundamental role in the agroecological and in this sheet we will see above all how to cultivate the oats in a biological way. Oats have an undeniable advantage, important, in exploiting alternatives and are less sensitive than wheat and barley to foot pain and septoriosis.

For the cultivation of oats it should be taken into account that this plant has the highest water consumption (excluding rice) of all the cereals for which it is more susceptible to dry heat, above all during the phase of the crop; reason why it should be cultivated in more suitable latitudes and altitudes. Alternatively you can otherwise cultivate the A. byzantina that bears better drought and higher temperatures. Moreover, being not very resistant to cold it should be cultivated (except in hot climates) with spring sowing. For spring sowing the temperature should not fall below -10 ° C, while for autumn sows the threshold is -14 ° C. moreover, oats are more rustic in terms of types of soil but less resistant to salinity than wheat. Moreover, being very resistant to foot ache, oats are well suited to rest periods. Unfortunately the varietal selection has worked on species for a type of agriculture with a high nitrogen content and with varieties developed in northern Europe (where it is sown in the spring) they are not suitable for autumn sowing in Italy. If however it is in climatic conditions to sow in autumn the most suitable period is the month of October; for spring the period is March-April. The quantities of usable seed range between 120 and 150 Kg / Ha, with the smaller quantities for autumn sowing. The fertilization technique in a model of organic farming must be subordinated to rotations. It is advisable to follow the oats from another cereal (barley or wheat) and precede this from a legume. The rotation technique is particularly important both for the correct management of nutrients and for the containment of pests and parasitic adversities. The fertilization of oats must be organic (mature manure) in the quantities available but not exceeding to avoid the danger of excessive growth and lodging. The technique of mechanical weeding is easier in the spring sowing, making a false sowing and thus eliminating, before sowing the actual oats the weeds that have grown. Obviously the yields in organic farming can not reach 4-5 T / Ha of conventional crops but it can be achieved, if you have worked on time with the rotations and with the correct measures of 3-4 T / Ha.
Among the main adversities, if you have chosen well the sowing period according to your latitude and altitude and you have made a medium content in organic substance you should avoid the two biggest adversities: frost and enticement; only the danger of the grip remains, however, with a soil with greater organic substance giving better responses to the plant.
Among the main parasitic adversities of oats we remember coal (Ustilago avenae), rusts (Puccinia coronata avenae and P. graminis avenae), powdery mildew (Erysiphe graminis) and nematodes. The system to significantly decrease the cryptogamic diseases, in addition to aiming at more resistant varieties, is that of a careful rotation, which also decreases the problem of nematodes.