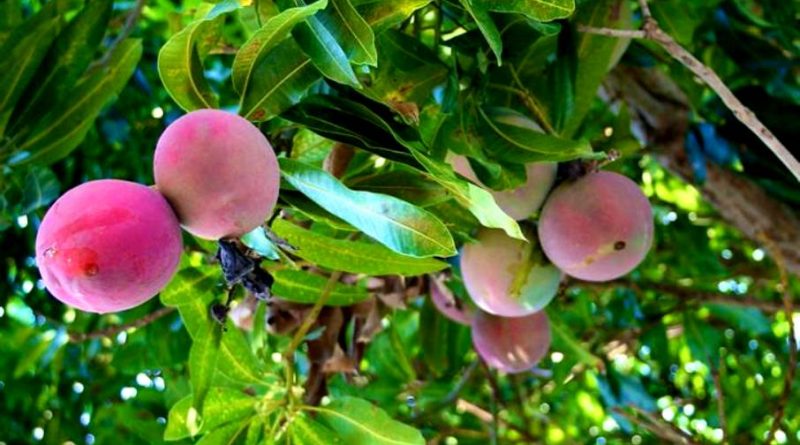 The mango (Mangifera indica L., 1753), is a fruit-bearing tree species of the Anacardiacee family.

Systematics –
From a systematic point of view, the mango belongs to the Eukaryota Domain, Kingdom Plantae, Magnoliophyta Division, Magnoliopsida Class, Subclass Rosidae, Order Sapindales, Family Anacardiaceae and therefore to the genus Mangifera and to the species M. indica.

Etymology –
The word “mango” derives from the Indian voice mángo, in turn coming from the word Tamil maangai and then through the Malayalam up to the Portuguese manga; the suffix féro, from the Latin bring: which produces fruits similar to those of a mango. The epithet indicates the presumed Indian origin.

Geographic Distribution and Habitat –
The plant of Mangifera indica grows throughout the archipelago of the Bahamas. It is native to India but is widely cultivated as a fruit tree in tropical and subtropical areas. 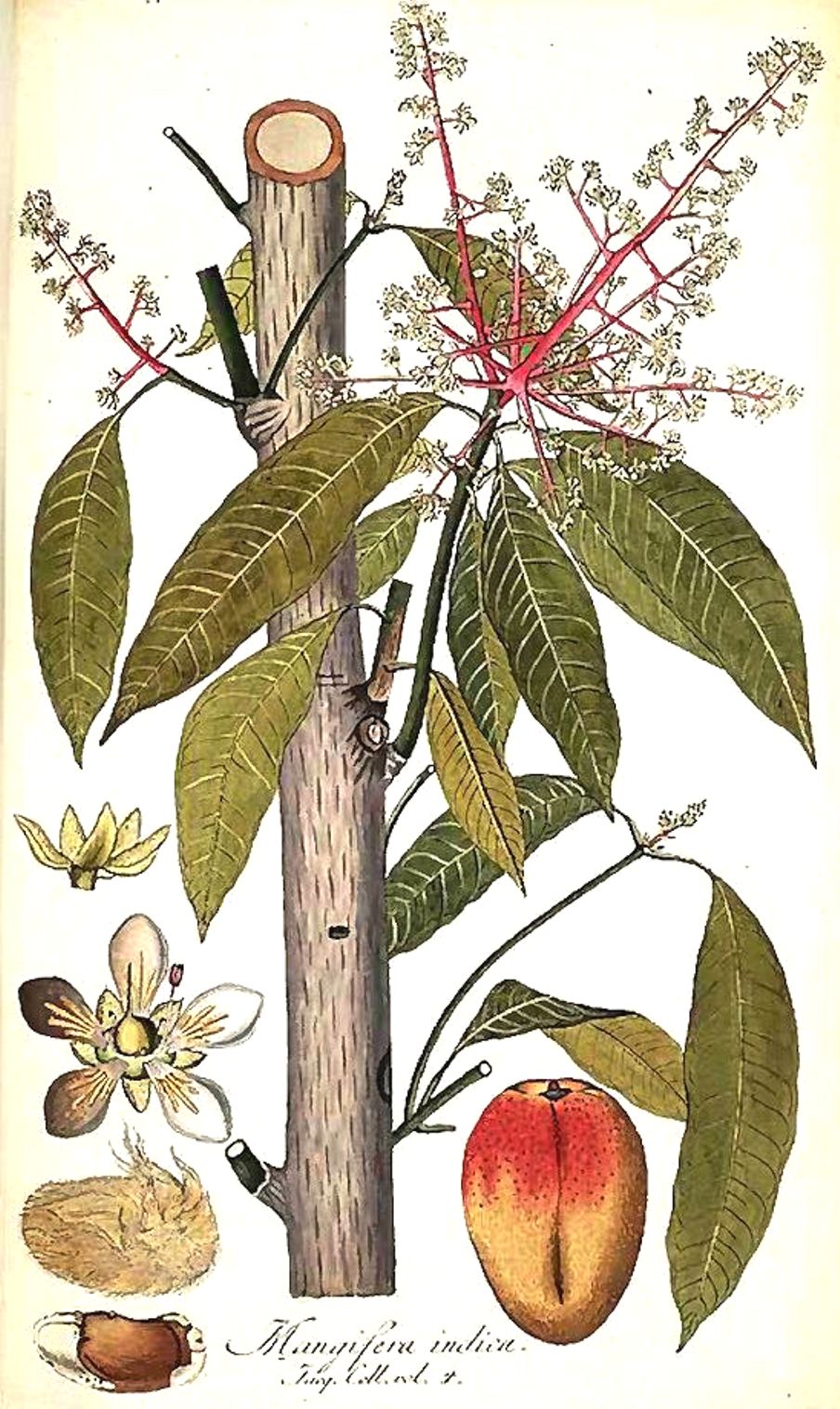 Description –
The mango tree is evergreen, branching, and can reach 35-40 meters, with a crown up to 10 meters in diameter. It has a resinous bark of red color, simple alternate leaves, 15-35 cm long and 6 to 16 wide. The flowers, pinkish white, are in terminal panicles 10-40 cm long. Very few of the flowers develop the fruit, which also has a high cascola. The fruit requires three to six months to mature, depending on the cultivars; It is egg-shaped, green, yellow, red, or a mixture of these colors, with compact yellow-orange flesh, fragrant and tasty with an average weight of around 300-350 grams, up to 1000 grams, with a core that occupies a large part of the fruit is ovaloid in shape.

Uses and Traditions –
The Mangifera indica is of Indian origin and since ancient times has had a significant importance: it appears in many Indian legends and is still considered sacred by the Hindus, and used as an ornament for their temples. This species was introduced in the fourth century BC in East Asia and, from the 10th century AD, it spread to East Africa. In the seventeenth century the Portuguese exported the Mangifera indica to South America. Today, the mango is grown in almost all tropical countries and in the subtropical countries with climates with winters without frosts. Cultivations occur in the south of Spain, in Italy. Some cultivars of low vegetative vigor are marketed as ornamental pot plants, while maintaining the ability to produce fruits with good organoleptic qualities. The taste of ripe mango is generally sweet, with flavor and consistency that vary depending on the cultivars. The mango can be consumed unripe and cooked. The fruit, if purchased unripe, is kept at room temperature until it becomes soft and then it is consumed naturally, depriving it of the peel. The fruit can cause dermatitis in some individuals with variable reactions. Mango is the national fruit of India, Pakistan and the Philippines.

Preparation Mode –
Mango in addition to fresh consumption is widely used in the kitchen. The unripe mango along with other ingredients form the chutney, which is a very common condiment in India to accompany the meat. It is also consumed raw with salt or soy sauce. With the mango you prepare a refreshing summer drink called panna or panha. Atra drink is the Aamras, made with mango and sugar or milk that is drunk accompanied with bread. With the dehydrated, folded and cut mango fruits, bars similar to those of guava are obtained and available in some countries. The ripe fruit is also added to products such as muesli, while the unripe fruit can be eaten with bagoong (especially in the Philippines), fish sauce or a pinch of salt. Obviously for its characteristics the mango is used to make juices, nectars, and to give flavor or be the main ingredient in sorbets and ice creams.