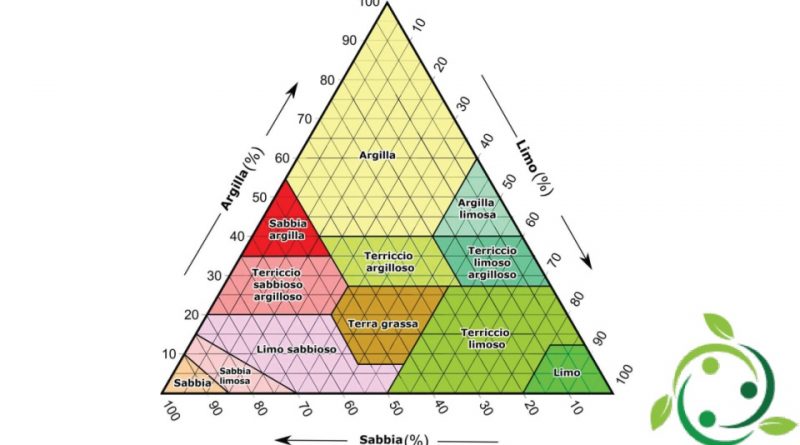 Weaving or granulometry is the characteristic of the soil that allows it to be classified on the basis of the percentage composition of its solid particles. The particles that compose the soil have different sizes, and depending on their size and the percentage distribution of these in the soil, they have different granulometric classes. To each granulometric class corresponds a type of soil with different chemical-physical characteristics and therefore with different mechanical properties, water and air retention and, ultimately, fertility. The knowledge of the soil texture is therefore fundamental for the agronomic choices, the crops to be adopted and for all the agricultural practices to be used. So the knowledge of the soil texture is the first survey to be carried out for the cultivation and agronomic choices; this is because it is practically impossible to change the texture of a land (if not with considerable costs and with incorrect agroecological choices).
There are two main systems of classification of the weaving but both modalities distinguish the fraction of the soil in: coarse (sand and skeleton), fine (the silty fraction) and very fine (the clayey fraction).