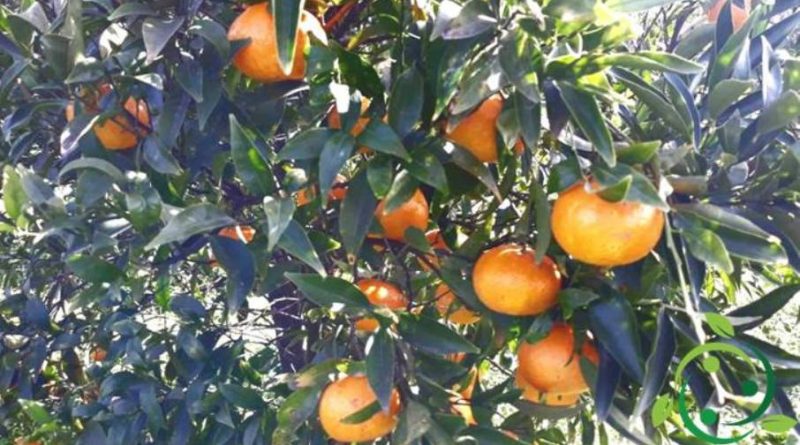 How to grow mandarin in a biological way

The mandarin (Citrus reticulata Blanco, 1837) is a citrus fruit of the Rutaceae family and is, together with the cedar and the pomelo, one of the three original citrus fruit of the genus Citrus. It is tartta of a species that is cultivated above all in the countries of the Mediterranean basin and also in the USA and in the southern part of Africa. In Italy it is grown mainly in Sicily and Calabria. In this sheet we will analyze the main agronomic needs of this species and, above all, how to grow the mandarin in a biological way. As for the mandarin plant, if grown for commercial purposes, preferably a sixth of 4 x 4 should be chosen (given that the mandarin is smaller than lemon or orange) with the excavation of holes of 40 x 40 x 40 in which to make, if possible, mature manure. The most suitable soil for the cultivation of mandarin must have low limestone content and preferably with a medium-textured texture (tending to sand).

Mandarin, like other citrus fruits, needs irrigation from late spring to early autumn rains. Once, especially in the golden basin of Palermo, this plant was irrigated with the system of the basins; today this technique, due to the excessive need for water, has been gradually replaced by drip systems. The mandarin is usually grafted on bitter orange which gives greater resistance to the plants. Fertilization should be done after harvesting and it is preferable to make it with mature manure, integrated with the ash of the pruning branches. This fertilization is increasingly used in recent times to green manure with legumes. The exposure of the mandarin plant must always take place in very sunny places.
Among the varieties of mandarins we remember some: in the United States of America the most cultivated variety is atsuma or mikan; this variety is also grown in Sicily, together with the Havana and the Paternò. Of particular interest and supervision Sloow Food is then the late variety of Ciaculli with a very aromatic and sugary flavor; this variety is grown in the homonymous hamlet of Palermo, then in the heart of the Conca d’oro. The late name derives from the fact that its maturation takes place, more late than the other varieties and is until March.
Some include mandarins among the mandarins but the classification is wrong because the clementines are hybrids, and precisely between the tangerine and the bitter orange, for which, as for the tangerines we must speak of another species. For this reason the mandarins are often replaced by the varieties of mandarancos and clementines, particularly for a specific characteristic, namely that of not containing the seeds found in the mandarin pulp.
As for the harvest, this takes place between the months of December and March (in the late Ciaculli), depending on the variety, but not waiting for the natural maturation but the most appropriate time for marketing. In fact, the mandarin continues its maturation even after harvesting.
The adversities of this plant are similar to that of orange and lemon to which reference should be made for any further information.