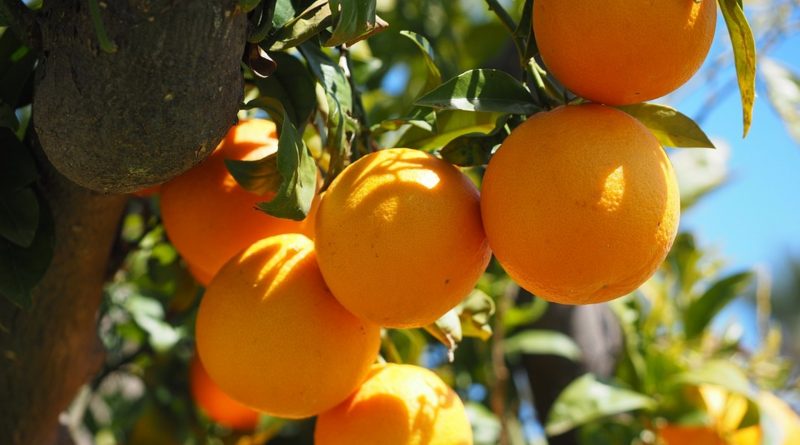 Orange (Citrus sinensis (L.) Osbeck, 1765) is a fruit tree of the Rutaceee family. It is an ancient hybrid, probably between pomelo and mandarin.

Etymology –
The term citrus derives from the Latin name of the cedar and lemon, from the Greek Greek κέδρος kédros cedar and κίτρον kítron lemon; the specific epithet sinensis derives from da Sínae, China: Chinese.

Geographic Distribution and Habitat –
The Citrus sinensis would originate from China and Southeast Asia and later imported into Europe only in the fourteenth century by Portuguese sailors. Today it is also cultivated in all temperate climates, in Europe and in America. 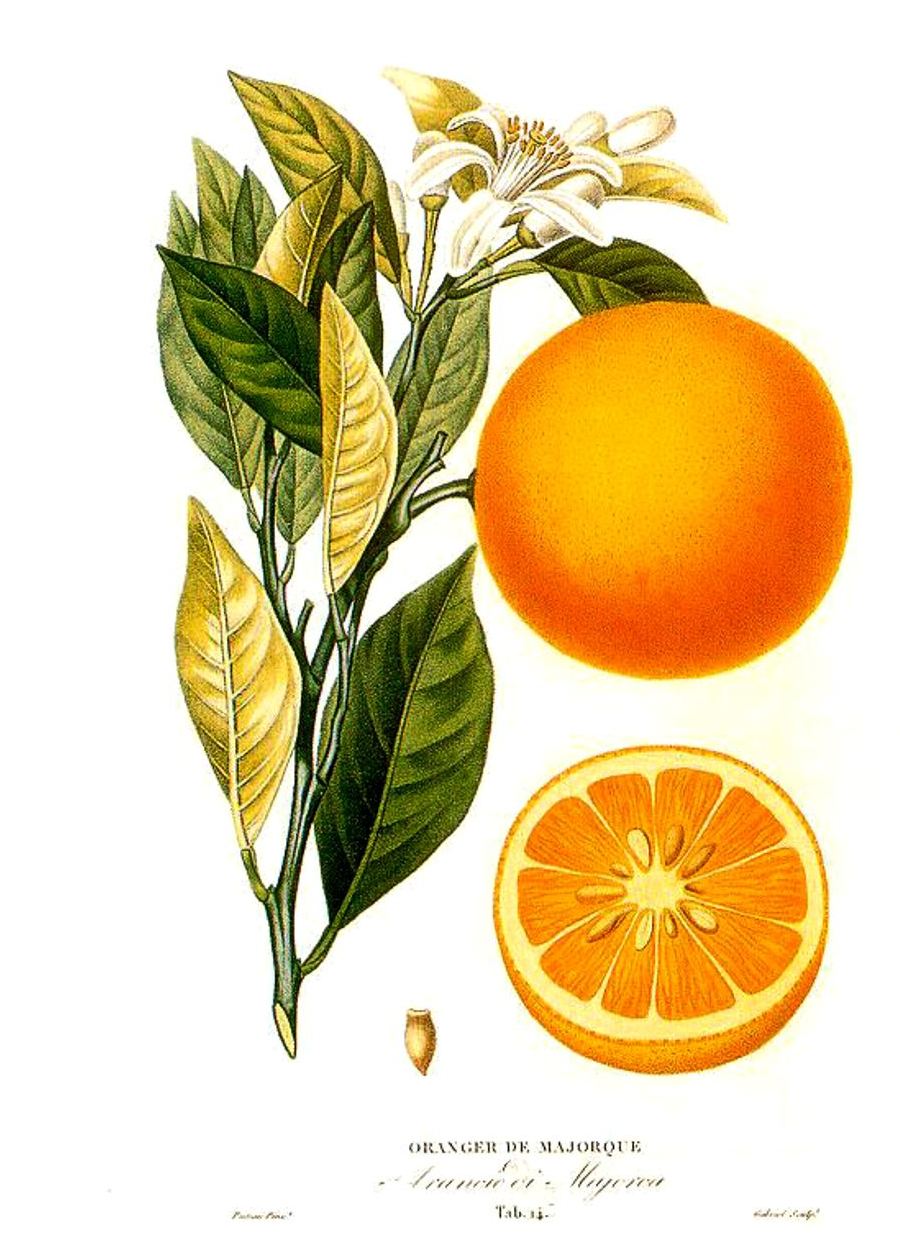 Description –
Citrus sinensis is a tree that can reach up to 12 meters, with elongated and fleshy leaves and white flowers (zagara). The buds are always green, never reddish with round fruits and orange flesh and peel, with the latter slightly wrinkled. The orange has a period of dormancy of only three months so that we can find (depending on the period of maturation of the variety) the flowering in the period of harvest of oranges.

Cultivation –
Citrus sinensis is a tree cultivated in all temperate climates. In Italy it is cultivated mainly in the southern areas and especially in the islands. Especially in the past, the Conca d’Oro of Palermo was one of the marvels of Arab agriculture in the entire Mediterranean basin due to its large orange cultivations.

Uses and Traditions –
Despite the massive import of orange, it took place in the fourteenth century by Portuguese sailors, but some ancient Roman texts already speak of it in the first century; the orange was grown in Sicily where it was called melarancia, which could mean that the fruit had reached Europe by land. The history of the orange continues on the silk road and reached Europe, but the cultivation took hold only in the warm Sicilian climate, where its diffusion ran aground. Only after centuries was it rediscovered by the Portuguese sailors. In the literature he assumed the appellation of Portugal until 1800. Today the orange ensures the primacy of the most consumed and widespread citrus fruit in the world; hundreds of different varieties are grown. From a commercial point of view, oranges are divided into two large groups:
– pigmented, with tarocco, moro and sanguinello varieties;
– blondes, with naveline, oval and valencia varieties.
The orange peel is a very precious source of essences. The essential oil of the orange which is made up almost exclusively of limonene, is used in the production of liqueurs and to flavor many detergents. It is often used to sophisticate many other citrus essential oils. The presence of delta-3-hulls, a monoterpene, naturally present in the essence of sweet orange, is often revealing this sophistication.
The essence of zagara or neroli is instead obtained only from bitter orange flowers (the word zagara derives from the Arabic zahra (Arabic: زهرة, zahra), which means “flower” and never from flowers sweet orange.
In the pharmaceutical industry the essential oil extracted from the oil-bearing bags of the rind is exclusively used for its flavoring qualities.

Preparation Mode –
Oranges, in addition to the usual consumption as fruit or in the form of orange juice, are also used in some sweet and sour recipes such as the famous orange duck. In Sicilian tables the orange can be found in salads, with oil, salt and pepper, often with the addition of onions and olives. Still in Sicily, the rind is often used to flavor the sweet creams, grating it; it can also be candied, as sometimes with the sliced ​​pulp. Another use of both parts is in orange marmalade.