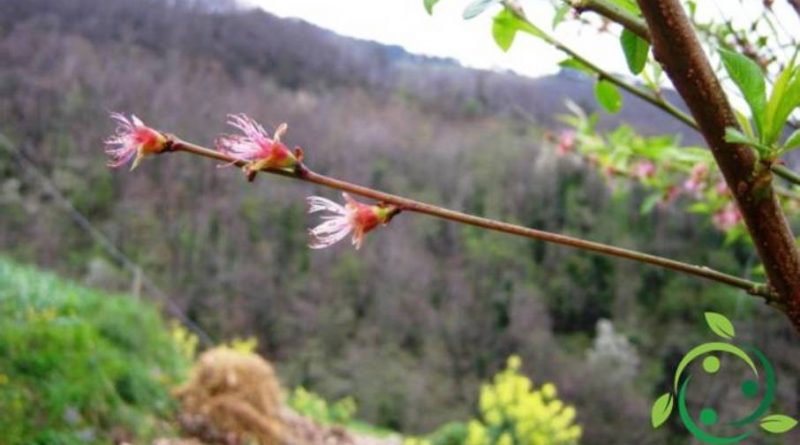 The brindillo, also called spur branch, in fruit-growing, is a long and thin branch of one year of age and, from the botanical point of view, falls into the category of macroblasts. The brindillo is a typical formation of pome and stone fruit. Due to their conformation and physiology, the brindilli are fruiting branches, therefore destined to constitute the branches of exploitation that are periodically renewed during the annual pruning. For this reason the brindils, in pruning techniques, are subjected to interventions of correction or correction of geometry, to give a greater balance between vegetation and reproduction. The ability to fructify along the brindillo is typical and characteristic for each species and variety, so in the pruning interventions one needs to know the physiology of the single species and variety.

The physiology of brindillo, however, changes between pomaceous and stone fruit. In the pomaceous, the brindilli are provided, in correspondence of the knots, mostly of woody gems, while at the apex they have a mixed gem. The year following the formation of the brindillo, from its lateral buds other ramifications can be emitted which are represented by new brindilli or lamburde; the apical bud instead emits an inflorescence and an axis of extension of the branch.
In the stone fruit the brindils are provided, at the nodes, with flower buds and wood buds, while at the top they have a wood gem. The year after the formation of the brindillo, from its lateral buds it will emit flowers and branches; the apical gem will instead emit a bud of extension from the apical one.