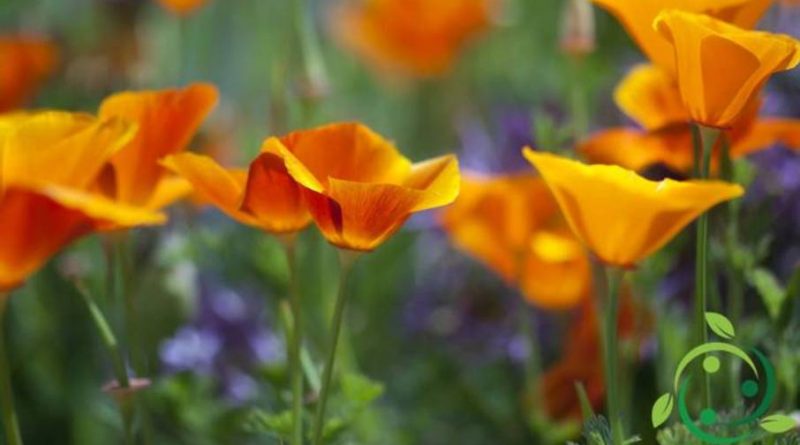 How to grow the Escolzia

Escolzia (Eschscholzia Cham., 1820) is a genus of Papaveraceae plants, native to North America. Among these the most cultivated is the Eschscholtzia californica, known by the common name of Escolzia or California Poppy. In this tab we will refer to this species and we will see how to grow the Escolzia in our environments and the most suitable techniques. This perennial herbaceous plant was introduced into Europe in the 19th century as an ornamental plant by the German botanist Johann Friedrich von Eschscholtz (1793-1831). It is native to Arizona, California and Oregon and is also cultivated for ornamental purposes to beautify planters, for flower beds around tall trees and flowered borders. The stems are prostrate that widen to form bushes of 40-50 cm, of glaucous green color, with elegant leaves, alternate, petiolate, jagged green cinerino. The flowers are single, with a color ranging from white to yellow or orange to bright red. The flowering of the Escolzia is summery and can continue until the beginning of autumn.

For the cultivation of this plant it must be taken into account that the Escolzia requires sunny exposures and particularly sheltered from the winds and from the cold, moreover it is a plant that adapts well on loose and sandy soils and with good endowment of organic substance. For this reason, whether it is grown in pot or in the garden, this detail must not be neglected; moreover in this type of soil irrigations must follow a logic, from the moment in which the plant sowing takes place until the hottest summer period: you must always adjust with the type of soil and intervene as soon as it starts to dry on the surface. In general, irrigation must be frequent but with little water to sow and then more spaced but increasing the amount of water during the growth phase. A more abundant irrigation in loose soils allows the roots to develop more deeply and to stabilize the vegetative growth of the plant. as regards fertilizations, if you have enriched the substratum with a good amount of organic substance in the phase before sowing it is not necessary to provide further fertilizers; especially if the organic substance is well distributed throughout the explorable layer from the roots and this applies to those grown in pots or in the garden. As for the reproduction of the California poppy, this occurs by sowing directly at home, in the period between the end of March and the first ten days of April. Recall that where the previous year was cultivated it is possible that other seedlings for self-seeding are reproduced. Among the maintenance techniques of this crop we must remember that it is necessary to eliminate the faded flowers to favor a more lasting and abundant flowering. Among the adversities of a phytosanitary nature we remember especially the red spider mite and the aphids, while the snails attack is not rare. To carry out a joint fight against red spider mites and aphids, it is possible to use nettle macerate (to be distributed even before the appearance as it carries out a series of actions favorable to plants) and garlic.
Like many plants also the Escolzia, in addition to its cultivation for ornamental purposes, can be cultivated for phytotherapeutic purposes. This plant is used in phytotherapy for the treatment of syndromes such as: insomnia, as a sedative in pertussis and for painful states in general, such as migraine and biliary spasms.