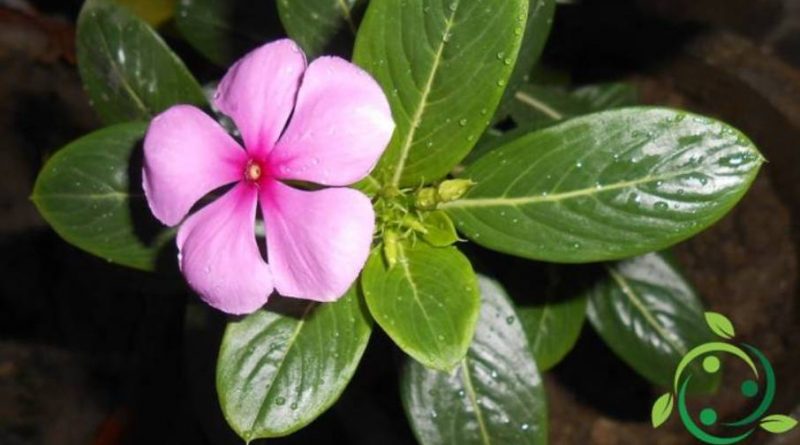 La Pervinca (Vinca L., 1753) is a genus of plants in the Apocynaceae family, with European and tropical origins. Inside we find perennial, erect or creeping herbaceous species. In this sheet we see how to cultivate the Periwinkle and the most important physiological aspects of this species. The plant is characterized by tubular flowers formed by 5 roundish or elongated lobes of variable color depending on the species and varieties (white, pink, purple and blue), with flowering from April to June. For the choice of the area where to grow the periwinkle, consider that the plant grows better in semi-gloomy places and sheltered from the winds; while the soils must remain fairly humid, of medium texture, tending to sandy, soft, rich in organic substance, well drained and slightly acidic. In these soil conditions the plant must be irrigated regularly and constantly, especially during dry and warm periods.

Periwinkle can be grown both in pots and in the garden. For the cultivation in pot (which can also be done in hanging baskets) prepare a substrate with 70% of soil for flowering plants and 30% of sand; at the bottom of the jar, which does not necessarily have to be large, place a few centimeters of draining material (coarse gravel or expanded clay) to allow the draining of excess water. Obviously avoid water stagnation in the saucer. For the cultivation in the garden, once the most suitable area has been identified, it is advisable to make a good quantity of organic substance before processing the soil (very mature manure, compost or earthworm humus). Normally the plant must be made by buying some seedlings from the nursery, by planting them with the whole earthen bread. The suitable period is that of March, in a vase or directly at home, if the period of night frosts is permanently averted. Alternatively, if you already have periwinkles you can also reproduce them by seed, cutting of the stems or by division of the tufts. In general, for greater safety and simplicity, propagation is recommended for sowing in spring. Clearly the seeds must be taken at the end of the vegetative cycle of the previous year and stored in a dry place, possibly inside a breathable paper container. In addition to irrigation, the only treatments necessary for periwinkle consist in the elimination of dried stems and withered flowers. To obtain a nice habit cescpuglioso it is advisable to prune the plants quite energetically leaving the stems about 10 cm high from the base while; if the specimens are bred in the suspended baskets it is preferable to make the topping. Among the most annoying adversities are the cochineals, especially the floury cochineal and the red spider mite. In the meantime, the remedy may be to clean the plants periodically with light jets of limescale-free water or to spray them with solutions based on Marseilles soap or to apply biological control systems against the red spider. Once in Italy it was considered the flower of death, for its common use of flowers on coffins. A warning; periwinkle is considered a toxic plant due to its vincristine content. In case of intake of parts of the plant the early symptoms appear within 24 hours with nausea, vomiting and fever; the late ones, in the first week, consist of headache, insomnia, delirium, hallucinations, neuropathies, convulsions and coma. It seems that in the Middle Ages the periwinkle was also used as a preparation for love filters.