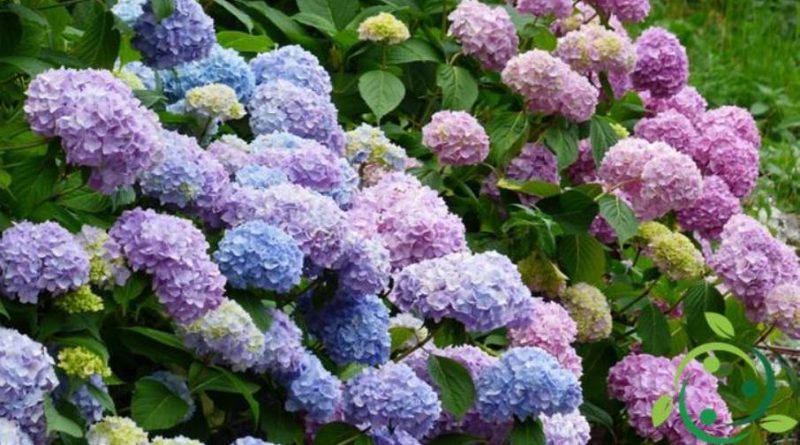 How to grow Hydrangea

Hydrangea (Hydrangea L.) is a genus of plants belonging to the Hydrangeaceae family; commonly known as hydrangeas, originally from China and arrived in Europe around the eighteenth century, cultivated almost everywhere. In this sheet we see how to grow the Hydrangea both in pots and in the garden. These are plants with bright green leaves with indented and deciduous margin. Most of the hydrangeas have the flowers (gathered in inflorescences of a tendentially spherical shape) of white color, but in some (like H. macrophylla), they can be blue, red, pink, violet or dark violet. The color of the flowers is due to the pH of the soil. In particular for H. macrophylla and H. serrata if the soil is acidic (with a pH lower than 6) there will be blue-tending flowers; if instead it is slightly acidic, neutral or alkaline (with pH above 6) the flowers will be rosé. The phenomenon is due to the solubility of aluminum ions that interfere on the pigment of the flowers.

For the cultivation of hydrangeas it is best to start from a seedling purchased in a nursery or from a hydrangea cutting already in your possession. For the preparation of cuttings the appropriate period is that of late autumn; in this way there is the vernalization of the same that will allow the growth of a more vigorous plant to be transplanted in spring. Obviously, the reproduction by cuttings originates from plants that are always similar to themselves. The choice of the soil will then be the one that will determine the gradation of the color of the hydrangea; below we give you some tips to increase the pH of the soil or to decrease it. The hydrangea should be placed with all the earthen bread in a previously prepared hole in which you have added soils with the desired pH. For the cultivation in pot operate in identical way placing at the base of this (preferably large) of the expanded clay or coarse gravel, to increase the drainage. Among other things in the cold areas, the cultivation in pots, allows you to repair the plant and keep it in rooms with temperature around 13-15 ° C. The hydrangea prefers fresh and humid environments in the shade and can not stand exposure to direct sunlight. As for irrigation, this must be frequent, in the morning and evening hours, to keep the soil always humid but without stagnation, with an increase in the intensity of the shifts during the summer heat. Obviously also the pH of the water has a slight influence on the reaction of the substrate and therefore of the color of the flowers. The pruning of the hydrangea is performed to eliminate the damaged branches, those too long or internal so as to give the plant a harmonious and more aerating shape that prevents you from more attacks by pests. The most suitable period is at the end of winter and with minor adjustments to the vegetative growth and during flowering by elimination of some dried branch or of dried flowers and leaves. The flowering of the hydrangeas has a period ranging from summer to early autumn.