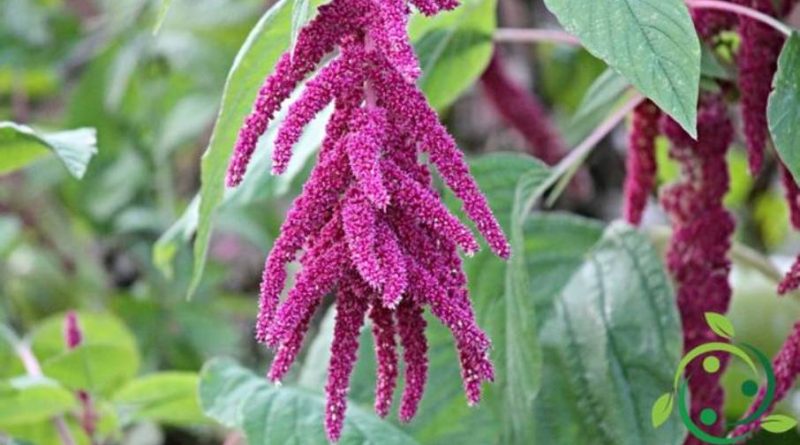 How to grow amaranth

Amaranth (Amaranthus) is an amaranthea plant of Peruvian origin cultivated for its edible seeds and consumed in a similar way to cereals. Among the cultivated species are Amaranthus caudatus, Amaranthus cruentus and Amaranthus hypochondriacus. In this contribution we see how to grow the amaranth, the techniques and uses of this plant. Amaranth is an easy growing plant as it is rather resistant to pests, diseases and high temperatures. The sowing can be carried out in the period from mid-April onwards and however, depending on the climate, when it is certain that there are no more nocturnal frosts, bearing in mind that germination improves with temperature and brightness. The seed is placed at a depth of about one cm, considering that 2-3 seeds of amaranth can be placed together, leaving the plant more vigorous when the seedlings put the first two true leaves. Once the seed is covered, the first irrigation is carried out immediately.

Amaranth is a very high yield plant; a single plant can produce up to 200,000 or more seeds, for a total weight that can reach 100 grams of seed. The seeds of amaranth are very vital, they remain active even 10 years in the soil, and for its cultivation, however, choose fertile soils, rich in organic substance (infact often infests the fertilized beds). For this reason, before cultivating it, you have to choose an appropriate area, working the soil at 25-30 cm and fertilizing it with mature manure or compost. You can also choose to create a seedbed with a subsequent transplant; in any case, in the open field the distance between the plants must be 15-20 cm, if it is grown for the consumption of the leaves or more if it is cultivated for the collection of the seed. Recall that the seeds are now easily found on the internet. Amaranth is a plant that grows even in drought conditions, however to increase yields, in summer it is necessary to irrigate with 7-10 days shifts depending on the type of soil (shorter turns for the looser soils). For the fertilization it is advisable to follow this culture to a legume or to a culture (like the vegetables) widely fertilized with organic substance; however, nitrates must be avoided, both because they make the leaves very susceptible to parasitic attacks and because they accumulate in them with considerable toxicity for those who consume them. as far as adversity is concerned, it must be said that amaranth is a very resistant plant; some problems can create aphids in the autumn period but with the end of rains and humidity (if you have followed the technique of fertilization and rotation) should not create other problems. The consumption of amaranth can find two possibilities; the most traditional of the seeds and that of the leaves. In the first case, it should be remembered that the seeds ripen between August and October and are collected, they easily separate between the fingers. Their use is like the flour of cereals, to make bread, soups, soups and they can also blow. The seeds can also be boiled to prepare a product similar to tapioca. For the collection of the leaves instead the suitable period is that from June until they are kept. These are consumed and cooked like beets and spinach. Amaranth is obviously not a cereal but is rich in proteins (up to 16%) with high biological value. This plant compared to cereals, contains twice as much lysine, essential amino acid of which almost all cereals are deficient. It also has a high content of calcium, phosphorus, magnesium and iron. Moreover, due to the high fiber content, it has a positive effect on digestion and on the exchange. Amaranth is gluten-free; for this reason it is indicated for the diet of those suffering from celiac disease or intestinal problems and is indicated for children during the weaning period.