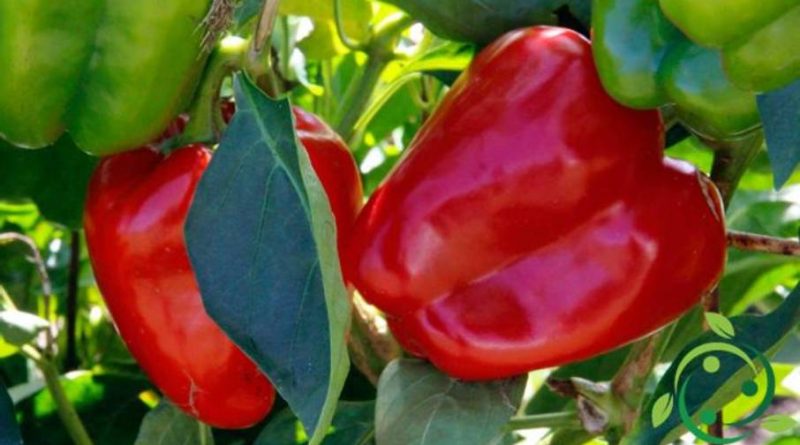 How to grow peppers in a biological way

The pepper (Capsicum L.) is a genus of plants of the Solanaceae family native to the Americas and cultivated all over the world. The genus, in addition to the most famous peppers, includes various species of spicy, ornamental and sweet peppers. In the following sheet we will see how to grow peppers in an organic way and with reference to sweet peppers. We will observe the most suitable techniques considering that the flowering of the pepper occurs progressively and scales over time and, in suitable climatic conditions, can last several months, to stop with the arrival of cold and to resume the following year, being the plant of the biannual pepper, even if its cultivation is almost exclusively annual. In the cultivation technique it is possible to remove the first flower that is immediately formed in the first bifurcation of the plant; the operation is useful because the sap that absorbs to form the first fruit slows down the balanced development of the whole plant; it is an operation that however is not performed by everyone, especially at the level of large expanses of production.

The shapes, textures and colors of peppers are varied: ranging from small to large, from elongated to square shapes, with pulps and colors of varying consistency and tone. As for the actual technique, excluding greenhouse crops, due to the excessive ecological footprint of these systems, the peppers can be grown in advance in the typical seedling of polystyrene, with transplanting from the first or second ten days of April it is necessary to avoid the return of cold ) until May or June in areas with warm autumns. This technique, unlike the direct seed plantation, has many advantages: safety of the engravings, rationality of the planting system (0.40 x 1 meter), shortening of the production cycle in the open field. To be able to vegetate well, the initial temperature at the germination must be at least 20 ° C, the cultivation soil is well melted and worked at 30-40 cm of depth, very soft and with an excellent drainage. Recall that flowering and subsequent fruit setting, are instead favored by higher daytime temperatures (up to 32 ° C), while with temperatures above 35 ° C you can have the problem of “scalding” of the fruits exposed to the sun. Before working the soil, the optimal fertilization for the pepper is to sprinkle the well-mature manure or, in the absence of this, compost or earthworm humus, mixed to the soil just before the transplant. The consociation and rotation techniques are very important. Among the first excellent is the consortium, also in binate rows, with basil, carrots, onions, aubergines and tomatoes; for the rotation it is good to precede the cultivation of peppers a green manure or a cultivation of legumes. For the pepper irrigation is essential; it must be constant and without stress or stagnation to avoid poor productivity or rottenness; drip irrigation is optimal with watering for 10-15 minutes a day. If we combine a natural mulch with straw or leaves we will have guaranteed a higher quality of the product and less work (to make the weeding) and water expenditure. Then remember that the peppers, for their structure and the weight of the fruit, it is good that they are supported with a structure of vertical and horizontal barrels. As for the harvest, this is climbing and it is advisable to pick it up a little before the pepper ripens completely on the plant, using suitable scissors, without tearing the stalk. As far as the parasites are concerned, the main antagonists of the peppers are: aphids, thrips, the white fly, the red spider, the absoluta suit and the bedbugs. In addition, one of the most dangerous parasites is the tiny triplet Frankiniella Occidentalis, responsible for foliar bronzing. It is good, even in a preventive way, to make nettle maceration (which also gives greater strength and nourishment to the plant) and act with a solution of Marseille soap and water, against aphids, white fly and bedbugs, while with neem oil against red spider, thrips, adult stages of tuta absoluta (larval stages are used with products based on bacillus thuringiensis var. kurstaki) and bedbugs; moreover, neem oil is also active against oidium and downy mildew, which can often create serious problems for this crop. Remember, however, that the best technique against parasites consists in a perfect rotation and association.