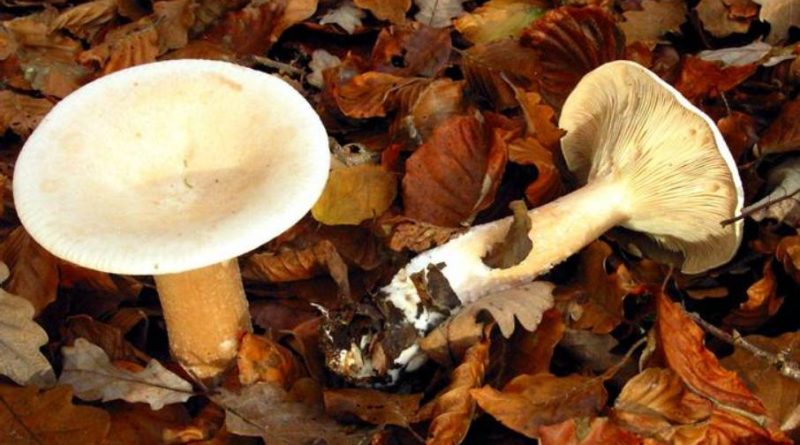 The Clitocybe geotropa Bull., Known as the mushroom of San Martino (or Cimballo or Cardinale), is a very sought-after edible fungus of excellent quality.

Systematics –
From a systematic point of view the mushroom of San Martino belongs to the Eukaryota Domain, Kingdom Fungi, Basidiomycota Division, Basidiomycetes Class, Order Agaricales, Family Tricholomataceae and then to the Genus Clitocybe and to the C. Species geotropa. Following a taxonomic revision proposed by the Finnish mycologist Harri Harmaja, the species assumed the new name of Infundibulicybe geotropa.

Geographic Distribution and Habitat –
The Clitocybe geotropa grows in meadows and pastures, among thorny bushes, in groups of numerous specimens, generally in circular formation; this mushroom bears fruit from late summer to late autumn. 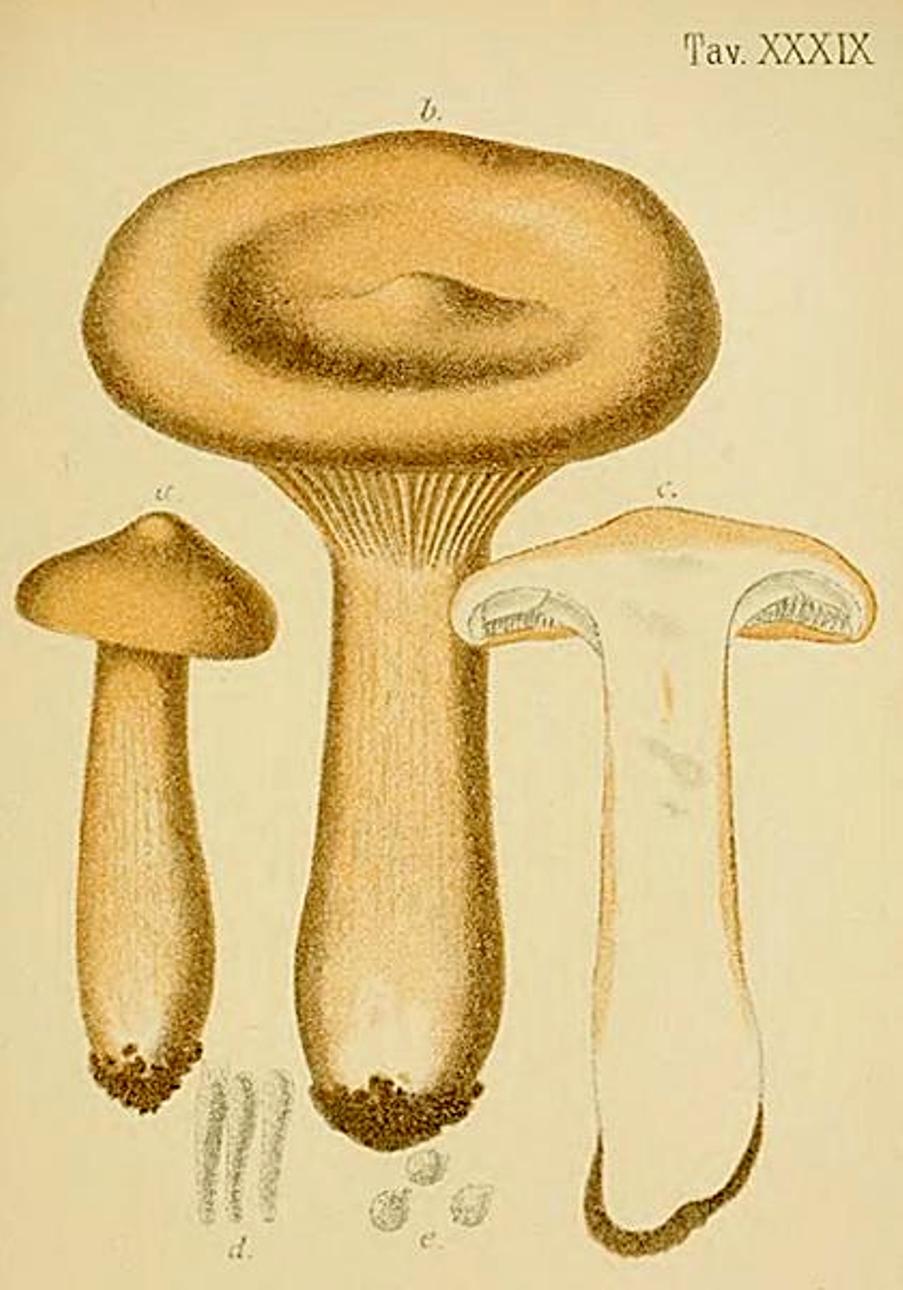 Description –
The Clitocybe geotropa is characterized by having a hat of 4-12 cm (but can reach 20 cm in diameter) that when young is convex-campanulate or campanulate-umbonate, to then become slightly depressed in the center; fleshy, smooth with thin and involute margin; the color is between yellow-whitish and ochraceous or hazel and the cuticle is viscous with wet weather. Very small and stocky at the time of birth. The slats are dense, of the same color of the shank and decurrent up to occupy the final part of the stem that is robust with a maximum height that is around 10 cm, the color is the same of lamella and hat. The flesh of this mushroom is white with a delicate and pleasant flavor. When the fungus starts to get old its meat begins to become elastic and spongy. The Clitocybe geotropa, especially when young, resembles certain luxuriant forms of Clitocybe gibba (imbutino), but especially as an adult it has larger dimensions, especially the stem. It can also be confused with Clitocybe maxima, which has a floury and similar color, of poor edibility and with a 20-60 cm cap without central umbo, with short stubby stem. Even the clitocybe inornata can be confused but this is smaller with the smell of radish (soon rancid) of poor edibility and with the taste of flour. Finally, there is another possibility of confusion with Entoloma lividum, which is poisonous, with a strong smell of flour, non-decurrent lamella and pink when ripe.

Cultivation –
The Clitocybe geotropa can be grown on condition that it respects the supply of nutrients it needs and the suitable substrate.

Uses and Traditions –
The Clitocybe geotropa is a very sought-after edible fungus of excellent quality. This stem is consumed both stem (which should be discarded however in the most adult specimens, because harder and fibrous) than hat. According to mycologist Giacomo Bresadola, “… it is one of the most exquisite mushrooms and, due to its strong aroma, it can also be cooked in the manner of truffles, using them as a condiment …”.

Preparation Mode –
The mushroom of San Martino, given the delicacy of its meat, is mostly used alone, sautéed in a pan, or to make condiment sauces. Alternatively, you can cook in any other way that mushrooms are usually prepared in the kitchen. It can also be cooked in soup, and can be preserved, given its strong aroma, in oil or vinegar.