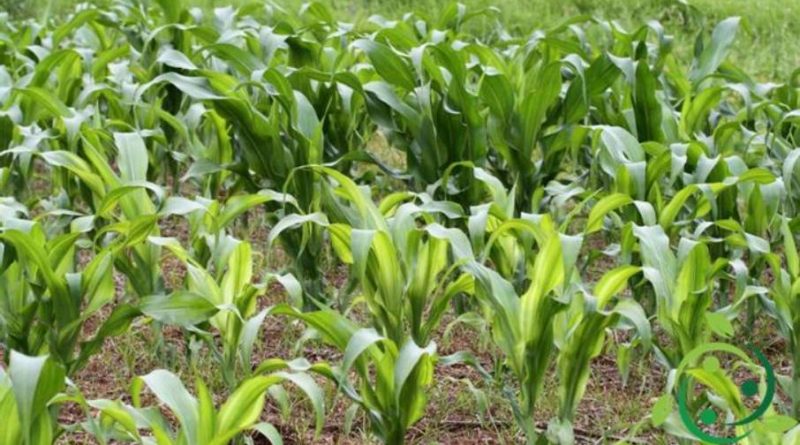 Role of zinc in plants

Zinc (Zn) is most often a cofactor of enzymes and intervenes, therefore, with this role in the synthesis of nucleic acids and proteins and in the metabolism of auxins. In particular, zinc has the role of precursor of the synthesis of tryptophan, fundamental in plant metabolism. Therefore zinc plays important functions in germination, intervenes in the synthesis of pigments and therefore presents a fundamental action in the color of the fruit. This effect, in particular, is linked to the involvement of the element in the respiratory processes of the plant and in the production of sugars. It is therefore necessary to the formation of starches and the right development of the roots.
Zinc performs catalytic functions in the oxidation-reductions inside the cell. It also participates in the formation of chlorophyll and the hormones that regulate the growth of plants. This element is fundamental in protein synthesis that is drastically inhibited if there are deficiencies of this element, as it plays a stabilizing function of the ribosomes necessary for the formation of polypeptides from free amino acids.

Zinc is necessary for cell distension. Inside the plant the zinc is always in very small quantities and is a very mobile element. It has an antagonistic action with iron, while it is often synergistic with copper and magnesium. In the soil the zinc, in addition to coming from the mother rock, is made with organic fertilizers and some pesticides. It is also often present as impurities in several fertilizers. Zinc is normally present in the ground, but is very mobile and easily exchangeable. It can be absorbed by plants only in soils with a basically acidic pH, rich in organic substance and in cold and humid climatic conditions. In fact, zinc is available in acid soils, but as the soil has a higher limestone content it becomes less and less available. In addition, zinc deficiency also occurs in arid climates. It is absorbed by plants as a Zn2 + ion. Zinc deficiency is manifested by the stunted development of plants (dwarf plants). The leaves may have more or less pronounced interneral chlorosis and are generally narrower and more pointed than those of normal plants, with smaller dimensions. The branches produce thin and short shoots, with shorter internodes, which can then dry out. Fruits tend to fall prematurely. Zinc deficiency, especially in citrus and tree plants, is visible with bands and variegations on leaves and branches; with zinc deficiency there is a reduction in growth, a shortening of internodes and, in general, a more stunted growth of plants. Summarizing the zinc deficiency is manifested with chlorosis on the old leaves ribs, particularly evident on the peach plants, with deformation of the leaf margin, internodes generally shorter, slowed growth and with the apices that become similar to the roses (typical symptomatology of pear and apple tree) ). Symptoms of zinc deficiency can often be confused with various phenomena and interference from other conditions in the soil and in the relationship between this and the cultivated species.
However, it is important to know that zinc deficiency (as with other microelements) must first be evaluated during the replanting phase. Often we are unable to take corrective action under conditions of plants that are not suitable for certain substrates or pedoclimatic conditions. This is a mistake that can not be accepted in modern agro-ecology.