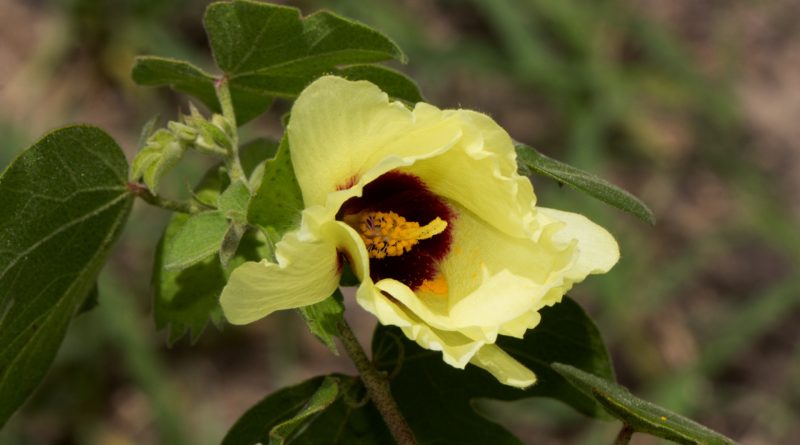 Gossypium herbaceum L. is one of the cotton species cultivated and marketed for the textile fiber and belongs to the Malvaceae family.

Systematics –
From a systematic point of view it belongs to the Eukaryota Domain, Kingdom Plantae, Magnoliophyta Division, Magnoliopsida Class, Malvales Order, Malvaceae Family and then to the Gossypium Genus and to the Species G. herbaceum.

Etymology –
The epithet Gossypium derives from gossypǐŏn, name of Egyptian origin used by Pliny the elder for cotton and the plant that produces it; probably the term is derived from the Arabic qoz = soft; the specific term obviously comes from hérba = grass: herbaceous, not lignificant.

Geographic Distribution and Habitat –
This variety is native to India, while the others come mostly from South America or Africa. 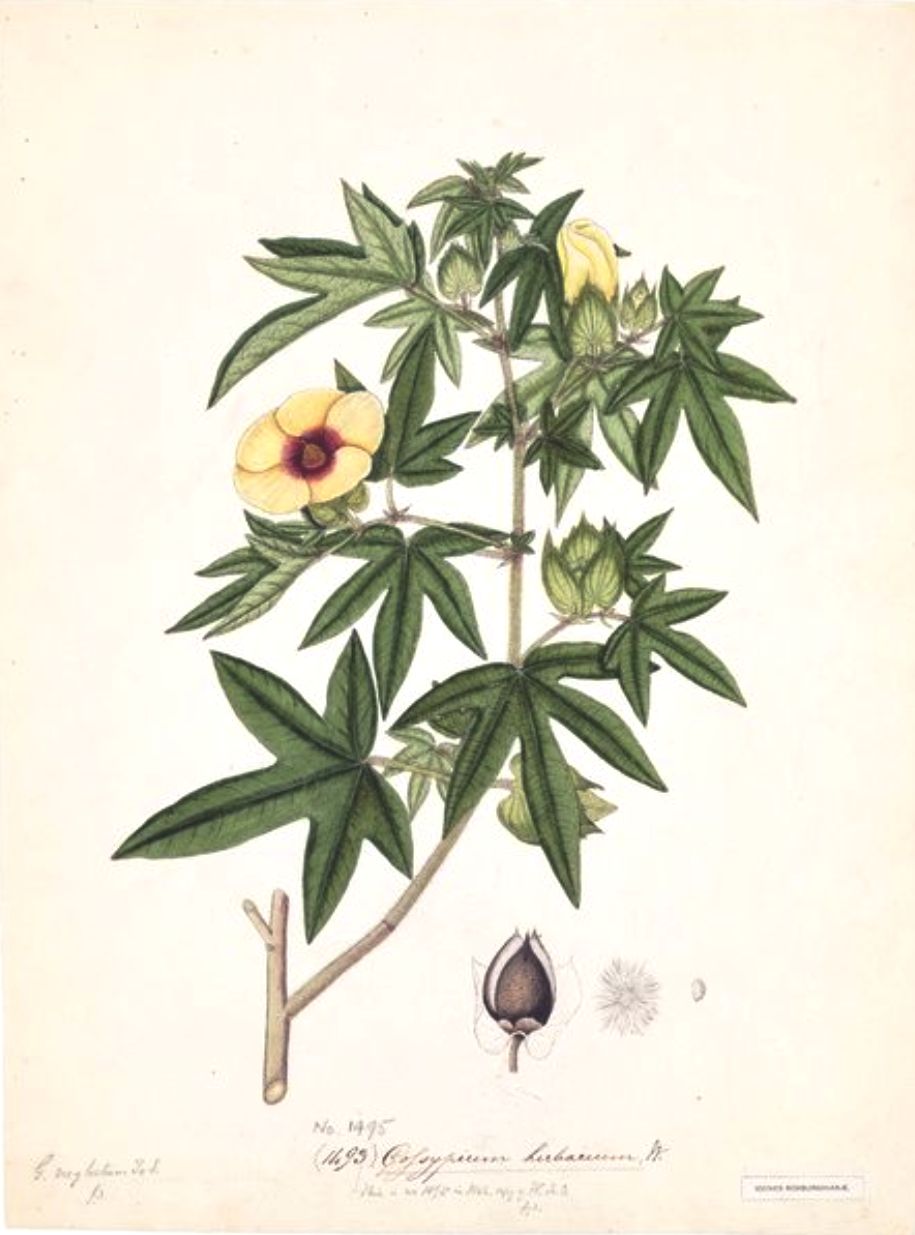 Description –
The Gossypium herbaceum is a tall annual herbaceous plant of 1 to 4 m. with tap root, trunk and leaves, leaves or palmate-lobed glabrous or pubescent. The flowers have a corolla with 5 petals and produce a coriacea capsule with 3 or 4 lodges containing angular seeds covered with a thicker or longer hair (cotton). Cotton blooms between June and late summer also depending on the habitat where it is grown.

Cultivation –
For cultivation, refer to the specific sheet.

Uses and Traditions –
The generic name “cotton” is attributed to several species of the Malvaceae family belonging to the genus Gossypium which more precisely are: G. hirsutum, G. herbaceum, G. peruvianum, G. arboreum, G. tomentosum, G. barbadense, G. sturtianum and G. thurberi. This crop is mostly produced in Africa, India, Egypt, Central-South America and the USA. In China it has been cultivated for over 7000 years, while in Italy it was introduced by the Arabs in the ninth century. but it can be found almost exclusively in Sicily. The white and compact hair, called bambagia, which wraps the seeds, is made up of 91% cellulose, but also contains a small percentage (0.4%) of oils and waxes that make it water-repellent. To be transformed into cotton wool requires a treatment with basic substances. From the cotton seeds an oil is extracted with a yield, after various processes, which varies from 13 to 18%.
The cotton oil is composed of a mixture of fatty acids in which the essential ones prevail like linoleic acid, with omega 6. These fatty acids are considered essential because our body is not able to produce them, and play roles important for human health including the prevention of cardiovascular diseases.
Very rich in emollient substances, cotton oil is used on the skin. It prevents dryness and slows aging, makes it softer, performing an elasticizing and nourishing action on it. In particular it is indicated on the skin of children, because it prevents redness and defends it from external agents. Cotton oil is also an important ingredient in restructuring hair shampoos. The poorer qualities of this oil are instead used for saponification, in fact contains a saponification coefficient of 0.138, since it indicates the amount of sodium hydroxide that serves to saponify 1 gram of fatty substance.

Preparation Mode –
The cotton oil could go well in the kitchen for frying because it has a rather high smoke point, but the chemical refining calls into question its healthiness. This oil is used as a raw material for some cosmetic products.