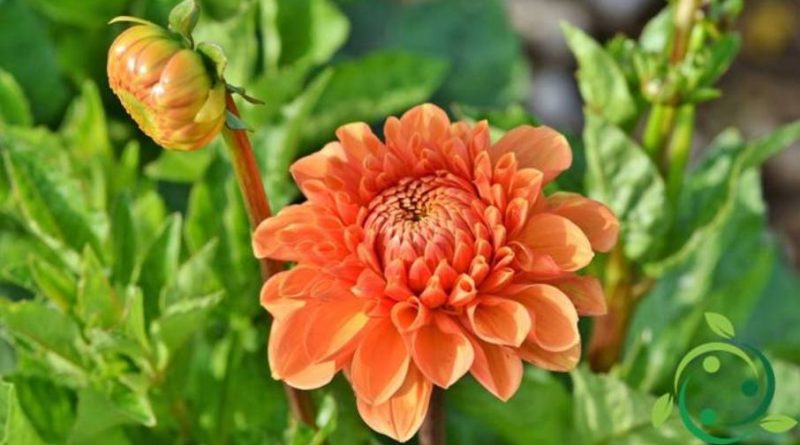 How to grow the dahlias

The Dahlias (Dahlia Cav., 1791) are a genus of plants belonging to the Asteraceae family, of Mexican origin where the tubers are considered edible.
The dahlias include herbaceous species with oblong tuberiform roots, an erect stem, often woody at the base, with a height varying between 20 cm and 2 m; they have large compound leaves, made up of 3-5 toothed leaflets, with simple or double flowers very decorative in various shapes and colors. with very decorative and variable shapes and colors. In this sheet we see how to grow the Dahlias, knowing that the genus includes 42 species and that the most cultivated varieties derive mainly from D. variabilis and D. juarezi. In floriculture the dahlias are subdivided by homogeneous groups, according to the size, according to the conformation of the flower heads and according to the quantity of the ligule turns. For the cultivation of the dahlias it is necessary to apply some regale of fundamental importance, knowing in the meantime the physiology of the plant.

The dahlia blooms in summer or autumn and can be grown both for borders, flowerbeds, pots (with dimensions 30 cm in depth and 20 cm in width). The dahlia can also be grown in isolated groups and cultivated to obtain cut flowers. The soil where to grow the dahlias must be prepared in autumn, with a processing of about 30 cm and incorporating a good organic fertilizer (excellent mature manure or compost) and, if the find, a little ‘bone flour. Subsequently, at the beginning of spring, a refinement of the soil is carried out by adding earthworm humus. Dahlias settle between mid-March and mid-May, depending on latitude, when there is no longer any risk of late frosts. Pits will be dug for a depth of 10-15 cm. The plants must be spaced according to the variety; for the taller ones a space of 80-120 cm should be left, for mediums of 50-80 cm, for dwarfs of 30-40 cm, with the tubers placed so that the collar is 4-6 cm below the level of the soil, after which they are covered with light and crumbly soil, compacting on average. At the time of implantation the guardians must be placed, of 100-120 cm. Once the young seedlings emerged, the buds are expected to reach a height of 8-10 cm; at this point they should be thinned leaving only the three most vigorous and this operation must be repeated every time new jets emerge. When the shoots reach then 15-20 cm in height, these are cut off by removing the tip above the last pair of leaves; in this way, the formation of well branched tufts from the base is promoted. Subsequently when the buds are formed you can carry out the dripping but it is optional according to the objectives of your cultivation; removing the lateral and axillary buds that form at the bottom, we obtain a smaller number of flowers, but obviously larger ones. The dahlias are plants that require a lot of water, so it will be necessary to keep the soil damp even in depth, especially during spring and summer until autumn. After flowering, additional fertilizer can be added, avoiding the addition of nitric nitrogen which promotes leaf growth at the expense of flowering, and makes the tubers more sensitive to rotting and plants more susceptible to parasitic attacks.
Finally the management of the tubers. In cold climate regions, dahlia tubers should withdraw from the ground; this operation is carried out at the end of October after flowering; you cut the vegetation to 50 cm, and again to 10 cm after ten days. At this point the tubers are removed with a spade, which must be cleaned, dried outdoors for a few days and placed in wooden boxes on a single layer, dusted with a fungicide powder and covered with dry peat. They will then be stored in a cool and airy environment.