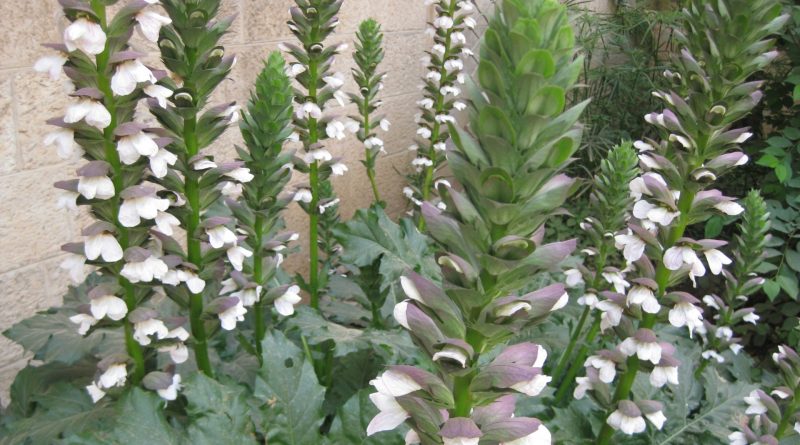 The common acanthus (Acanthus mollis L.) is a dicotyledonous angiosperm plant belonging to the family Acanthaceae.

Systematics –
The common acanthus belongs to the Eukaryota Domain, Kingdom Plantae, Magnoliophyta Division, Magnoliopsida Class, Order Lamiales, Family Acanthaceae and therefore to the Genus Acanthus and to the Species A. mollis.

Etymology –
The term acanthus comes from the Latin acanthus, which means thorny, while the epithet mollis, again from the Latin: molle. The terms with which it is best known are: acanto comune, brancalupo, brancaorsina

Geographic Distribution and Habitat –
Acanthus mollis is widespread in the western and central Mediterranean region; its range extends from north-west Africa to Croatia and also includes Portugal. In Italy it is quite common along all the coasts either, with greater presence in the hinterland to the south. It is a common species in the Lattari Mountains, in the Sorrento peninsula and the island of Capri. 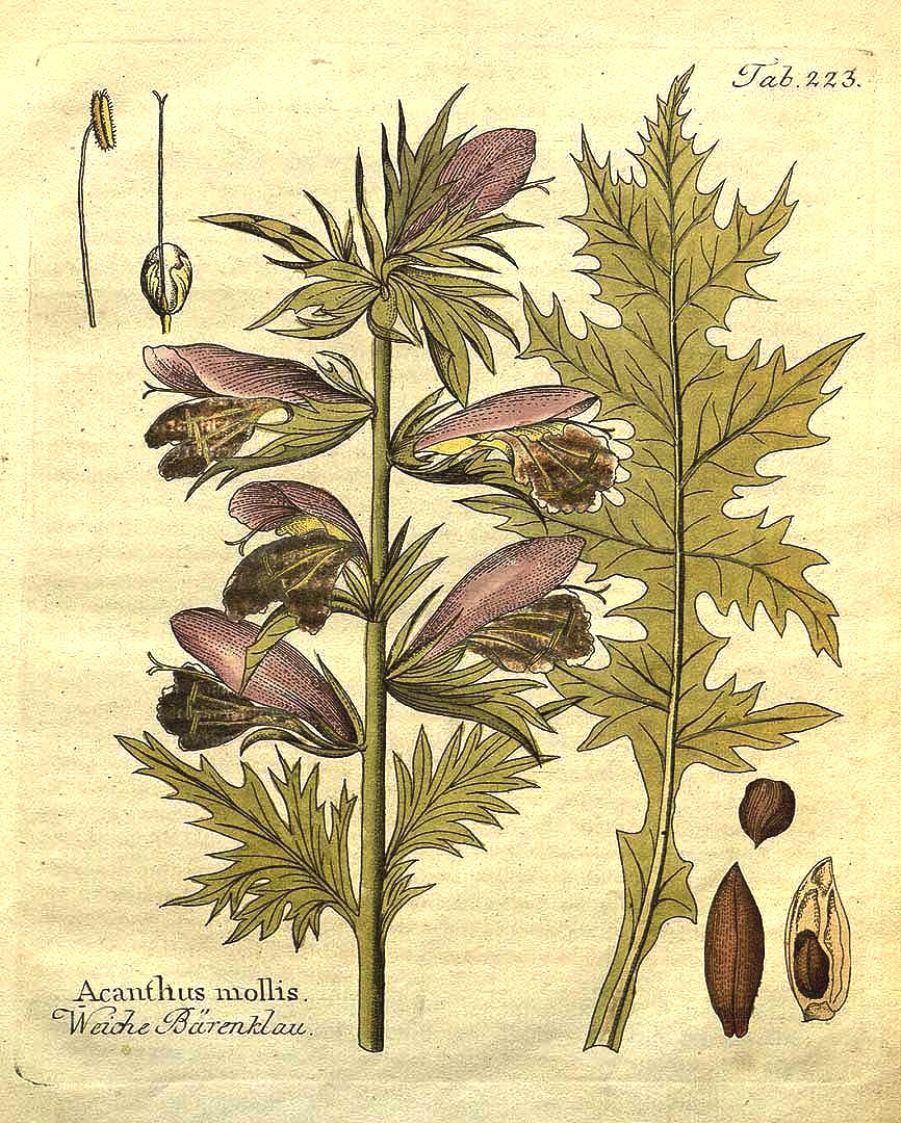 Description –
The common acanthus is a perennial herbaceous species that can reach up to 1.5 m in height. It is characterized by leaves with long and sturdy petioles and with a bright green lamina; these are of a pennatifida shape with deeply incised-toothed lobes. It is distinguished by having a flowering stem from which the flowers are generated directly that are collected in long terminal spikes of vaguely cylindrical shape (the flowering is between March and June); the corolla is white with pale pink hues while the calyx is red-violet. The stamens are 4 for each flower, plus a stamidio. The fruits which are bivalve loculicide capsules are characterized by an explosive opening. It has thick, smooth, black-brownish seeds.

Uses and Traditions –
Acanthus mollis is a plant with astringent, cleansing, emollient and vulnerable properties; contains many mucilaginous substances for which it was once prescribed against inflammation of the intestine, rashes, insect bites and spiders and against tuberculosis. This species uses fresh, shredded leaves in the form of cataplasms to treat inflammation of the skin; instead they are used in the form of an infusion as an emollient. The Acanto comune has had an ornamental use since ancient times, especially to decorate the shady and cool areas of the gardens. Due to the characteristics of its leaves the plant found a vast use in ancient architecture. Despite this, only a few local people use this beautiful plant as an ornamental species in parks and gardens. It is found represented both in the Corinthian and composite capitals and in many friezes. For the Christian religion the common acanthus is a symbol of the resurrection and is often reproduced to adorn the sepulchral monuments; also for this reason it is represented in the columns of the churches.

Preparation Mode –
The fresh leaves are shredded or infused for therapeutic purposes.