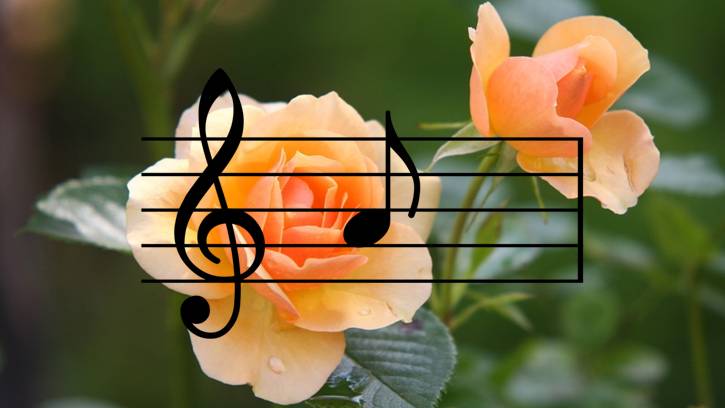 The favorite music from plants

Is there any favorite music from plants? Said so it seems a question after a good hangover or, however, pronounced by a person with some problem, because this would involve, on the part of the plants, the sentimental qualities or perceptive capacities of the sounds. According to the prevailing cultural and scientific model this question should not make any sense, yet over the years several scientific studies have observed how plants show responses to musical stimuli or sounds.
Just to start from the “prehistory” of these scientific research we can count as already in 1962, Dr. TC Singh, head of the botanical department of the University of Annamali in India, started an experiment observing the effect of musical sounds on Balsaminaceae.

Well, plants exposed to music increased their growth rate by 20% and their biomass increased by 72%. The experiment was conducted by listening to the plants, first of classical music, then of the Rāga music (Indian classical music based on musical scales). Dr. TC Singh also concluded, in his research, that plants particularly love the sound of the violin. Similar research was carried out in Canada as early as the 1960s; Goerge Smith, a botanist and agricultural researcher, sowed corn plants in separate greenhouses, for a sample comparison. In the greenhouse, the object of the experiment, he broadcast George Gershwin’s song “Rhapsody in Blue” for 24 hours a day and found that corn plants weighed 40% more than plants sown in the greenhouse without music.
But there is more (and even more incredible); but do plants like rock music? According to Dorothy Retallack (from the book published in 1973: The Sound of Music and Plants) not so much. The author did some experiments; during one of these he also tried rock music (Led Zeppelin and Jimmi Hendrix) on a variety of plants. The discovery was sensational: the plants tried to “escape” from that music by extending branches and leaves on the opposite side to the loudspeaker where the sound came from. Moreover, the leaves looked smaller than normal and the plant showed the same symptoms as a watered plant too much. And classical music? Well here too we find experiences. In Italy Mr. Carlo Cignozzi, in his book: The man who whispers to the vines, reports how he has placed amplifiers among the rows of his vineyard spreading the music of Mozart. However, the grapes, pampered by the notes of the famous Austrian musician, has produced stunning effects with a faster and healthier growth, protected by the attack of insects and parasites.
The thing obviously has not gone unnoticed and, according to studies done in recent years, the vibrations produced by music and the human voice help not only to grow plants better but have a positive influence on the biology of the soil, through proliferation. The mushroom and “useful” bacteria that promote the development of roots making them stronger and more vigorous.
Thus in France we have moved from research to practical applications; an ecological technique that represents a stimulus to reflect around the world of matter, vibrations, frequencies and harmonies. The assumption is that since the matter (of which we are all made) is also vibration, the vibrations, especially the harmonic ones, positively interfere with the microbiological vibrations.
On the other hand, the positive effects of music are already known on man. Music therapy is considered a real cure that can act to intervene both at a rehabilitative and therapeutic level, in a variety of pathological conditions. Now the therapy passes to the plants.
We could conclude by saying: looking for Agronomists musicians.