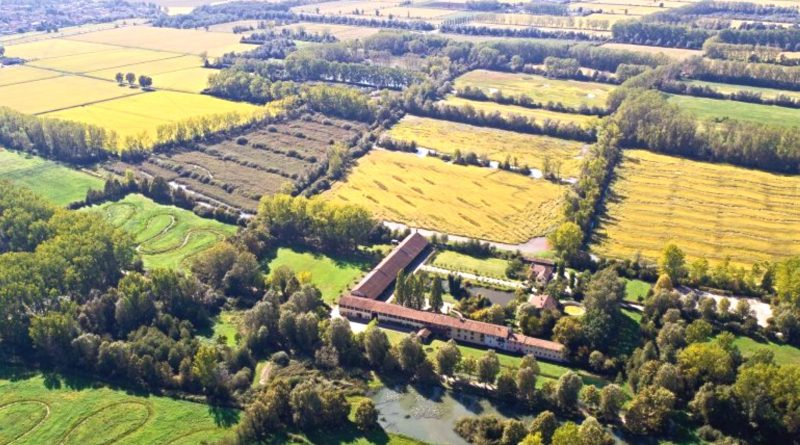 Put flowers in your wheat fields

Put flowers in your wheat fields, it seems a poetic title and alien to a context of technical concreteness and above all of scientific truthfulness.
But if we start from the consideration that agricultural systems are the most perfect dissipative systems par excellence, then we can understand how the “modern” agricultural models are distant relatives of good dissipative systems as I think of them in the last century Ilya Prigogine. But dissipative systems to work well, not only need to be structured in closed thermodynamic models (where energy exchanges are allowed but must be limited to the maximum compatible, with the function performed, the transfers of the masses) but must move within energy exchanges split between several possible components that, in a nutshell, in ecology is equivalent to saying: biodiversity systems.

So, in line with what was theorized by the Nobel Prize for Physics 1977, and according to the dictates now more and more current agroecology, biodiversifying is the goal without “escape” of future farms.
The functions are in fact known, to make an ex. coriander, cornflower, poppy and other species that attract predatory insects of aphids and pests. Added to this are the results of some researches carried out in Switzerland and in England that have shown that reducing pesticides, with the current agricultural systems is not possible (but it was already known from our research at the University of Palermo over the years 80).
So entering flowers instead of pesticides in wheat fields (through a system biodiversification), which may seem like an environmental slogan is actually an experimentation that is being taken seriously in England and Switzerland. In this experimentation the elements of thermodynamic transformations for infinitesimal * are being studied through the introduction in some agricultural production processes of species such as: coriander, cornflower, buckwheat, poppy and dill, which rebalance the insect biocenosis in favor of a greater balance and productive potential.
One of these experiments (carried out in Switzerland) has already had important results: it showed that with the use of this practice the number of larvae of Oulema melanopus, a parasitic beetle of cereal leaves, was cut by 40%. Thus also the damages caused to the cultivation have decreased of 61% compared to other fields in which they had not been planted flowers.
At this point it will be necessary to develop the working techniques as well as the collection systems. The flowering stripes planted at the edge of the fields have a limit: the “good” insects that they host can not reach the innermost areas of cultivation, which under special cultivation conditions need to be treated with pesticides.
Other studies in this sense are taking place in England but the increasingly convincing applications of Agroecology techniques show that they have to completely change the production systems and with them: the machines, the powers, the rotations, the crops, the monocultures in rich integrated systems. biodiversity, the organization of labor. In short, a very different future that in part knows of the past but in large part of a new and “true” green revolution!