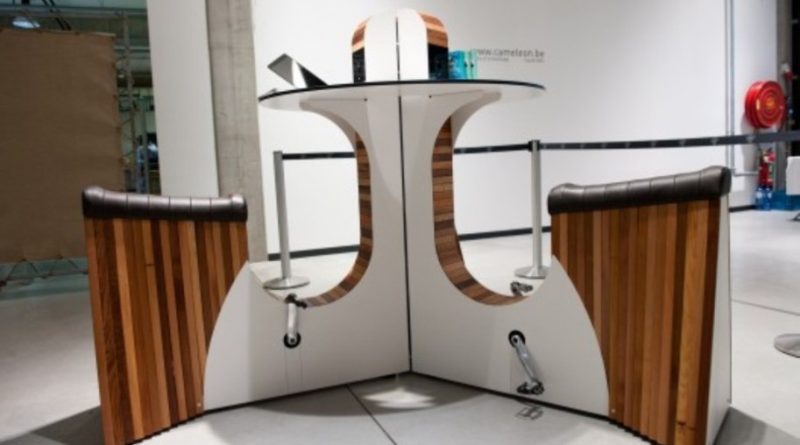 The Webike, the table to produce electricity

One of the scenarios that is envisaged in the energy transition from non-renewable to renewable sources also lies in the possibility of producing small amounts of energy on their own; The Webike, the table to produce electricity, is part of a series that will be more and more numerous proposals and ideas in this sense.
The Webike is nothing but a brilliant idea and at the same time very simple. It’s the very practical way of pedaling to make do-it-yourself electricity.
The Webike is in fact a small table or a modified conference table that allows people sitting to pedal and generate energy, directly from their workplace or even during a simple business meeting.

The energy produced under these conditions can serve little different purposes: it could be used to charge smartphones, tablets and laptops used in the office or other small utilities that run on electricity.
With the use of the Webike, to the advantage of the production of electricity from renewable sources, there is also the possibility of being able to perform at the same time a healthy physical activity, especially during phases of work that force us to long periods of inactivity. In short, energy and health.
The use of this Webike guarantees three functions in a single support. At present, this device is already on the market and is made of natural materials and seems to be very comfortable as well as energy efficient. So much is the interest in this new option of “custom” that some companies seem seriously interested in introducing them in their offices.
In short, the future of the energy transition has begun and even the costumes of life will be affected. We hope for better.