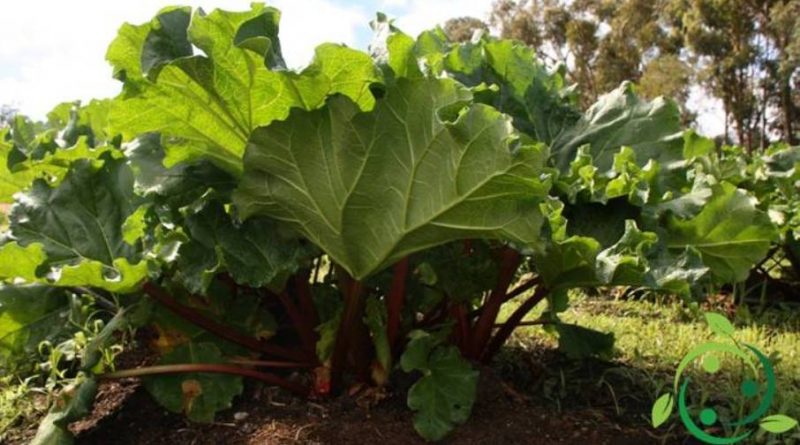 How to grow rhubarb in a biological way

European Rhubarb (Rhubarb rhubarb) is a plant grown on a large scale, especially in England and France. Rhubarb is a multi-year plant, which should not be sown every year and requires very little treatment. Although not widespread in Italy, rhubarb can be grown mainly in colder climates or in the shade in the warmer areas.
To cultivate rhubarb in an organic way we must start from the concept that it is a plant that does not need much soil but this must be worked with care and fertilized with mature manure or compost in the period of late winter. To avoid absolutely land with the possibility of stagnation or in any case too clayey.

For the cultivation of rhubarb in a biological way, if we start from the seed, we recommend starting from sowing in seedbeds in March with transplanting then between mid-April and May in full garden. Being a multi-year plant this plant will start producing from the second year. If you start from the division of the rhizomes, this technique is implemented by planting a plant and dividing the tuft into several parts (you must ensure that each portion of the rhizome has at least one gem), each of which will give rise to a new plant. with this technique it can be implanted both in winter and in spring. We recommend the plant in spring.
In the plant it must be taken into account that since a plant that grows a lot in width should be made a distance between the same of one meter and two meters between the rows. Obviously for family use few plants will satisfy your needs.
For the cultivation cures it is considered that being a plant with broad leaves it provides itself to a good control of the weeds; if vegetable mulch is added then no further operations are required after implantation.
The irrigation technique is important for the first phase of growth and only if a long period of drought occurs; with mulching then the need for irrigation decreases considerably: instead it is important not to irrigate in excess and avoid stagnation (which can cause rottenness). The mulching technique also allows you to make organic matter every year with to be supplemented possibly with ash (if in the presence of non-calcareous soils) and then you will have operated a truly sustainable technique.
Another important technique is to cut flowers every time they are formed (except if you do not want to take it to seed).
Except for the rottenness but with the technique of mulching are in fact eliminated rhubarb is a plant very resistant to insects and other pests.
For the harvest it is advisable to start from the month of April until the autumn (with suspension in the summer month). With the arrival of the cold the last harvest is cut by cutting all the coasts. However it is advisable to collect the largest stems (cutting them at the base) and leaving an average of one leaf every three. Only the coasts of the leaves are consumed (the leaves being too laden with oxalic acid are toxic).
With rhubarb root instead you can make liquor or, with the extract, candy. In this regard, it is recalled that the root has properties that are useful for the intestine; in fact it is used in herbal medicine and in the preparation of some drugs.