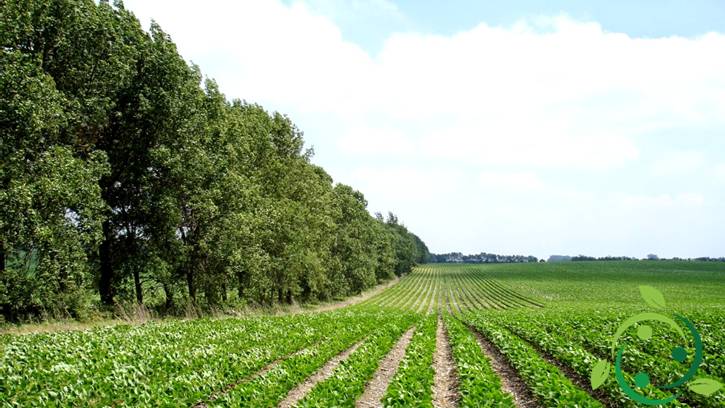 How to make a windbreak

To understand how to create a windbreak, we need to start from the functions that we want to play with these plant barriers (leaving aside the windbreaks of other materials in this contribution).
A live windbreak or fifth tree is a set of trees and / or shrubs arranged according to a particular arrangement “to spin” to repair the crops from the wind. The windbreak is also called arboreal shelter belt. To this definition and function, however, simply mechanical, a new function has to be integrated: the ecological one.
Without going into the merits of the formulas that need to be adopted for the sizing of the windbreak, depending on the intensity and direction of the winds, we will instead enter into a function that is too often neglected or even ignored.

Only by pure information can one say that they stop the violent impact of the winds reducing their speed and protecting the ground for a distance equal to 10 times the height of the plant.
Windbreakers, like hedges, are in effect the living membranes that separate a corporate “cell” body from other bodies. When the wind crosses a windbreak, even if the intensity is noticeably reduced, a part passes over and is charged with a series of particles released through the transpiration from the plants that make up the windbreak. These particles can play a very important agroecological function that can perform, in addition to the mechanical one to reduce the wind speed, a series of functions:
• Mitigating function both against the winds and cold;
• Repellent or disturbing function for many parasites (above all insects and mites) with the spread of active ingredients that are not very appreciated;
• Niche function and shelter for useful parasites, pollinators, birds, and other organisms and animals that play important roles of equilibrium of the agroecosystem;
• Biodiversity increase of the site with improvement of the organoleptic quality of the productions.
For this reason the design of the windbreaks must be totally reviewed with a view to the close relationship between the species to be planted in the windbreak and the species that are to be protected from the winds. In this sense, not only the epigeal effects of the crowns with all the aforementioned functions but also hypogeal ones (physical, chemical and biochemical relationships between the root systems) must be studied.
So the design of a windbreak barrier should be entrusted to an Agronomist or Forestry Doctor who has a particular specialization in ecology and agroecology.