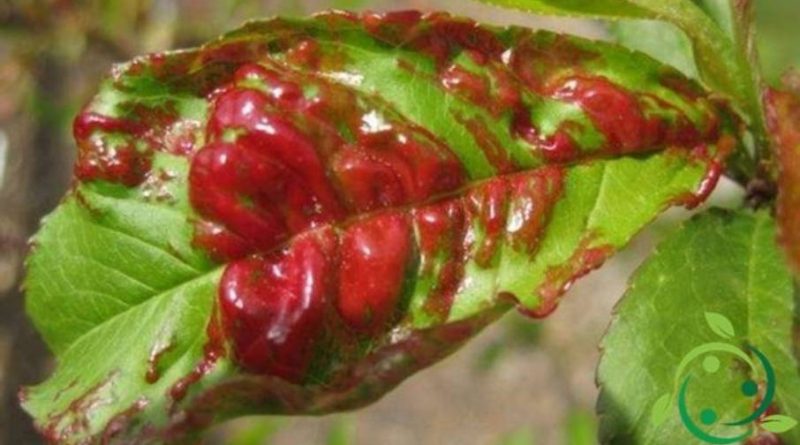 How to fight the peach bubble in a biological way

The peach bubble (Taphrina deformans (Berk.) Tul., 1866) is one of the major adversities of the peach tree and its control and agronomic techniques to be adopted are important for the success of this cultivation. For the control of this fungus we need to know the historicity of its presence in the culture and therefore preventive intervention is often recommended. For this reason the biological treatments of the peach tree must be carried out in the autumn-winter period.
In general, a mild, humid and rainy winter is the ideal condition for the multiplication of the spores present in this period on the plant, even if in winter it does not produce any damage. The moment of maximum proliferation of this fungus and therefore of damage to the plant occurs from the beginning of spring.

The damage of this fungus ranges from the deformation of the leaves, to the defoliation, up to hitting flowers and fruits with often irreversible damages. The most evident symptom of the presence of the fungus is on the young leaves, which shrivel, with a fleshy and wavy appearance and with chromatic alterations towards red. The ideal climatic conditions for the development of this fungus are between 15 ° C and 18 ° C with the presence of water, both of rain and humidity, on the leaves.
If the then climatic conditions change (with drier periods and less rainfall) and the agronomic conditions, of which we will say later, they are suitable, the plant can react by emitting new leaves and effectively nullifying the attack.
In biological agriculture, two classic fungicides are used, namely copper and calcium polysulphide. As for the first treatment (we recommend the Bordeaux mixture) you have to start from November-December when all the leaves have fallen; you can also do two treatments spaced about 20 days. The second treatment is instead carried out at the end of the winter period before the opening of the buds. In this treatment, propolis can be added to copper. The important thing is that the treatments are carried out on dry days, not too cold with uniform wetting of the entire plant. alternatively, as said, calcium polysulphide can be used in a mixture of 2% (useful treatment also against cochineals). These treatments are carried out every 10-20 days (depending on the climatic trend) until April and can be continued even if the conditions remain humid and the new jets show their presence.
The fight against the peach bubble is however more preventive in nature and consists in pruning the infected branches and subsequent burning of these. The pruning must then be carried out every year, in a balanced manner, avoiding excessive vegetation of the shoots and presence of water stagnation. Other measures concern the contributions of nitrates that should absolutely be avoided in peach orchards; this because they induce an excessive vegetation and a consistency of the shoots that become so more predisposed to the attack of the Taphrina deformans. The most important, however, is the choice of the site where to plant the peach orchard if the area is subject to fog and poorly ventilated we advise against planting the peach orchard.