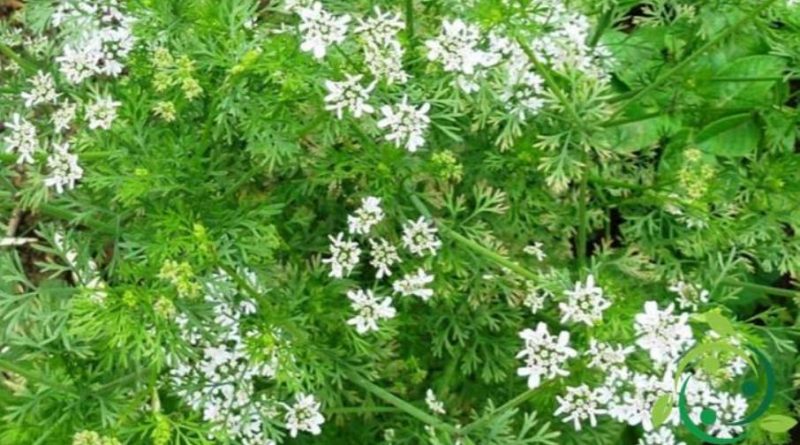 How to grow coriander in a biological way

Coriander (Coriandrum sativum, L. 1753) or Chinese parsley or cilantro in Spanish is an aromatic plant widely used in South American, Oriental and African cuisine, but little in the Italian one. In recent times, however, due to the internationalization of some dishes, it has also appeared on our tables. Coriander is an umbrella that has no special land requirements; but it is sufficient to plant it in a sunny area and obviously in areas where no water stagnation occurs. Remember that, like many plants, if we place it in a more shaded area, it tends to grow more at the expense of flowering and therefore of seed production. For this reason, depending on the use that we have to make the plant (use of seeds or leaves) we must choose the area where to sow it. The adaptability of the plant to our climate is also variable according to its different varieties; in general, those with a smaller fruit adapt better to cold climates, while for the mild or warm climates the adaptability of the different varieties is practically indifferent.

The coriander sowing is carried out in spring (also broadcasts) waiting for the temperature to stabilize above 15-18 ° C. the seed should be placed at a depth of no more than 2 cm, after a good primary processing of the soil, in which you have made organic substance (mature manure or compost), and a second finishing process in which you have refined and leveled the soil . Germination normally takes place in a week, after which when the seedlings begin to emit the fourth leaf, one should thin out one by one every 20-30 cm (or more in the field). This operation can be overcome if you sow in a seedbed by placing the seedlings at the indicated distance. An alternative to spring sowing, in areas with a more temperate climate, is that of autumn, but in this case the plant can be used for the collection of leaves and other edible parts but not seeds. The latter are to be collected only after the yellowing (maturation) of the floral umbrellas and with the autumn sowing, being an annual plant we risk not to bring the plant to flower. After the thinning of the seedlings it is advisable to carry out the usual weeding interventions to favor the transpiration of the soil and remove the weeds that in the early stages of growth can take over the young coriander seedlings. Finally, as regards irrigation, except in the cases of highly drought springtime, it is a plant that does not require particular irrigation contributions.
The collection of the umbrellas, which must be cut together with the stem, must take place early in the morning when the coriander is still damp with dew. The collected umbrellas are then dried immediately or they lose many properties. It is advisable to gather the umbrellas in bunches and hang them in shady places; finally, when they are well dried they are beaten inside a bag to separate the fruits from the peduncles that support them. We recommend storing the fruits in glass containers. Another advice is to preserve whole seeds because coriander powder loses its aroma in a short time.
Among the cryptogamic diseases that affect the coriander plant we remember the Oidium, Tracheomycosis (Fusarium oxysporium) and sometimes other organism that can attack the roots of the coriander plant is the irregular Pythium. However it is interesting the use of preparations based on horsetail to be carried out however far from the collection of leaves or seeds.