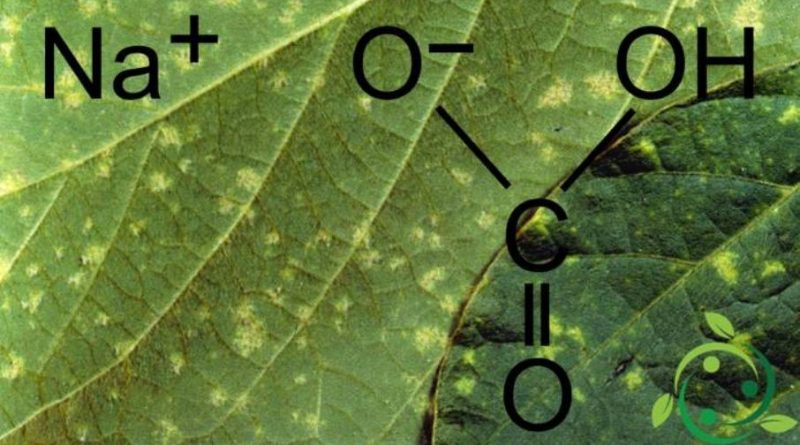 Sodium bicarbonate as a natural fungicide

Sodium bicarbonate (NaHCO3), in special concentrations and formulations, is very indicated for the treatment of fungal diseases, including oidium and downy mildew.
The principle of action of baking soda is very simple; being a basic reaction salt, sprayed in certain concentrations on the plants, it creates an unfavorable environment to the mushrooms that in order to grow they need instead of a slightly acidic environment.
For its availability on the market is an excellent fungicide, you can make dates that can be used both for family crops and for company-level productions. Its use on plants must be in the form of an aqueous solution with a solution ratio of 1/100; for example one Kg of sodium bicarbonate per 100 liters of water.

For the preparation it is therefore sufficient to gradually dissolve the bicarbonate of sodium, in the proportions indicated, taking care to shake a lot as it is a salt that even if totally soluble at these concentrations needs some time to solubilize. Once the solution has been obtained with the perfectly dissolved salt, it can be sprayed on the plants (either ortive or shrubby or arboreal) without contraindications from the health point of view. Spraying can take place either with professional machinery (in the case of full-field crops) or with small sprayers for a few plants and small surfaces to be treated.
The advantages of this treatment are that, due to the type of slightly alkaline environment that it creates on the leaves of the leaves, the sodium bicarbonate solution acts above all in coverage, ie in the presence of the fungus. For a preventive action, being the solution very dilavable (even with normal dew and humidity) it is necessary to carry out several close treatments, especially after a recent rain.
The use of this solution, even if harmless for treated foods that we should take, has ecological contraindications, in case of excess of use. In fact, at the level of the soil, where sooner or later the bicarbonate solution ends, the presence of sodium has considerable contraindications (in this case use, if you find it, potassium bicarbonate). It is in fact an element that changes the structure of the soil colloids with consequent loss of structure of the same and medium-long-term alterations. For this reason the use of sodium bicarbonate should never be prolonged in time but alternated for example with other active ingredients allowed in organic farming.
Among other things, the alternation of active ingredients is a criterion that should always be adopted in the fight against any adversity of plants as it reduces the effect of resistance that can acquire insects, fungi or other pests.
Another precaution is to carry out the treatment in the cool hours (better the late afternoon) to avoid the possible burns, especially the leaves and the tender parts of the treated plants.