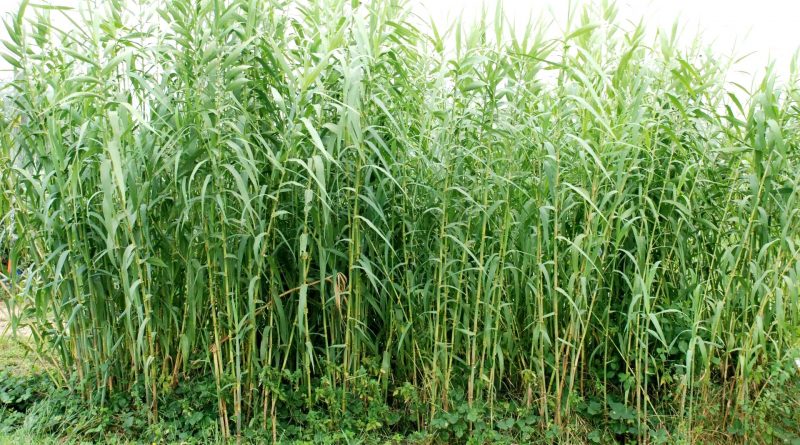 Recover the common reed for a new rural ecology

When I was a child, and I lived the true contact with an agriculture immersed in nature, I could not fail to notice those great straws, some of which were their own company boundaries or, in any case, places more humid places of important ecological microsystems.
The common reed (Arundo donax L., 1753) accompanied us in the growth, from the use as the first material for our rudimentary games up to material for a real green building.
Then came “progress” and the common reed became a “problem” for modern agriculture that had to solve the problems of the world.
In fact, the cane was the primary material for housing, but also for another myriad uses: from the creation of barriers in fish ponds, to the installation of fences, from the construction of musical instruments to the manufacture of toys, from the creation of solid containers for home and work (baskets of all kinds) to the use of its roots as fuel, up to the pharmaceutical use of some of its parts.

With the progress, the more and more pushed destruction of these micro-ecosystems arrived, that besides supplying so much raw material (in a free way), were the dwelling place of organisms and micro-organisms that gave equilibrium also to the agricultural ecosystem.
The common reed has a thousand-year history for man. The ancient Egyptians, for example, used the leaves of this plant to wrap the remains of the dead, but its use ranged from the creation of windbreak barriers, to the manufacture of fishing rods, from walking sticks to the guardians for climbing plants and plants, from the use as fuel to raw material for musical instruments. Because of its flexibility, the cane was considered an excellent material for the packaging of wind musical instruments (flutes and launeddas) and even today with the barrel you can also make wind musical instruments such as oboe, bassoon, clarinet and saxophone.
Fortunately someone, after years of abandonment in favor of synthesis materials (which destroy planet and man), the cane has been rediscovered in many fields, not least that of a possible source of biomass for the production of energy. The European Community has stimulated the planting of energy crops (including the cane), crops intended to provide lignocellulosic mass for the production of electricity and / or thermal energy.
The modern building bio has also noticed. In fact, the barrel has been extensively revalued in the logic of energy saving, to create a good thermal insulation and soundproofed premises, as well as healthy. In fact it is only rediscovered, because in the past the cane had already been, at the housing level, one of the most used materials. From the roofs up to the isolation of walls, she was the master.
In short, green building is realizing that there is no one like her (cane). Where there is the reed as insulation and building material, the freshness, even in the months of August, is unique.
Without entering into the techniques of use in green building that I leave to specialized publications, it is evident that the distance from nature has been that theorem to which we must place a considerable inversion of tendencies starting from good information.