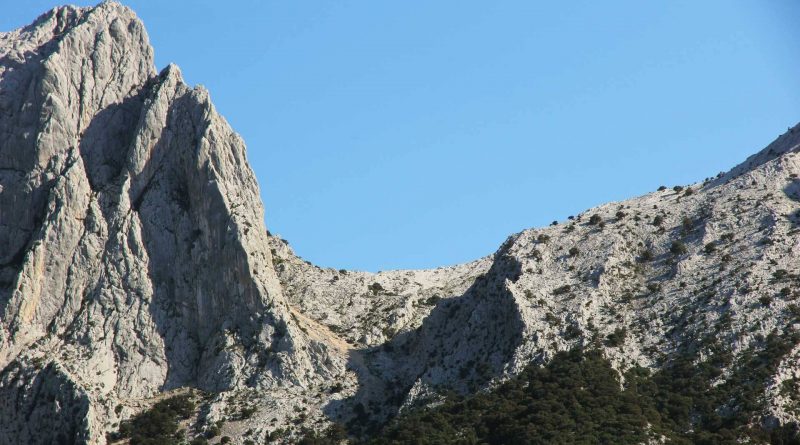 Sardinia, with its internal areas, is one of the Italian regions in which the uncontaminated nature covers the largest portion of the territory. Among the even more uncontaminated areas of rare beauty we mention the Supramonte: a mountain range of carbonatic highlands that occupy the central-eastern part of Sardinia. It is a complex with an area that covers over 35,000 hectares, covering most of the territory of Oliena, Orgosolo, Urzulei, Baunei and Dorgali.
In this area the holm oak finds its optimal climate. In the Montes forest there is Sas Baddes, the largest and also one of the last primary holm oaks present not only in Italy but also in the whole Mediterranean area and in Europe.

It has an area of ​​1050 hectares and there are quite old specimens of species such as holm oak, yew, juniper and holly, along with trees of phyllirea, lesser maple and strawberry tree shrubs. In the undergrowth grows the peony or Rosa peonia, a perennial herbaceous plant with large purple flowers. In these mountainous forests there are other plant species such as the Nebrodense ephedra, the saxifrage bristly, the alisso of Tavolara and the clover of Moris. As for the fauna, among the undisturbed breeding species we find: the golden eagle, the kestrel, the goshawk, the dovedale, the sparrow-hawk, the partridge, the gray crow of Sardinia and the imperial crow of Sardinia. Among the mammals Mouflon has adapted perfectly to these environments as well as wild boar. In the Montes forest there are the wild cat, the Sardinian oak mouse, the dormouse, the fox, the marten, the hare and the wild rabbit.