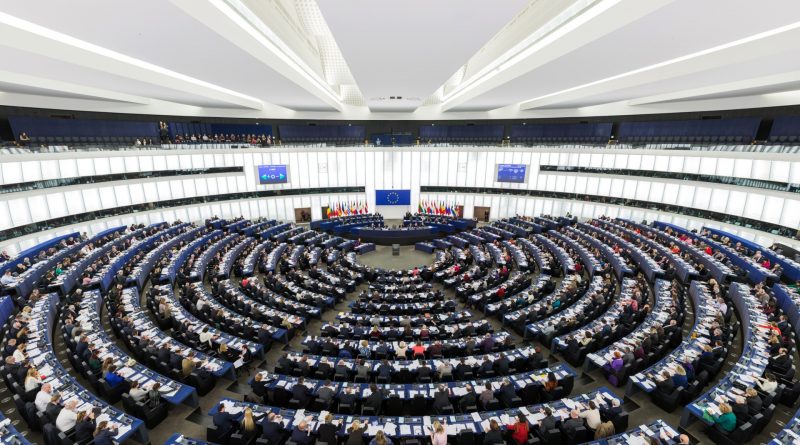 Glyphosate and failure to apply the EU Precautionary Principle

In October 2017, the European Parliament called for a total ban on glyphosate herbicides by December 2022 and immediate restrictions on the use of the substance. The Strasbourg Assembly, meeting in plenary session, therefore opposed the EU Commission proposal to renew the license for the controversial herbicide for ten years from December 15 this year, the date of expiry of the current license. For Members, the European Union should first eliminate the substance, starting with a prohibition on domestic use and a ban on agriculture as soon as biological alternatives (eg so-called integrated defense systems) are available to control the weeds. Tomorrow, EU member states will vote on the Commission’s proposal to renew the glyphosate marketing authorization. The vote will have to secure a qualified majority, that is, 16 states out of 28 representing at least 65% of the European Union’s population. France, Italy and Austria anticipated the vote in reverse. In theory, the commission, if there is no qualified majority, can renew the approval of the herb but in July announced that it will not.
Faced with this unclear and, in some respects, unlikely, little has been said about a principle that is a bit of a constitution of the EU’s behavior towards citizens, in environmental matters (and if the issue of Glyphosate does not it is environmental matter then we can talk about everything and the opposite of everything).
The principle in question is called: Precautionary Principle.
Meanwhile, the Community authorization procedure, including the scientific evaluation of substances, should be based solely on studies subject to joint review and independent studies published and commissioned by the competent public authorities. EU agencies should be provided with sufficient resources to enable them to work in this way.
After that, if we still have the popular sovereignty, we have to put it into account, which, from a sample survey funded by SumOfUs and WeMove.EU organizations carried out on 5000 citizens in five European states, including Italy, emerges that “a overwhelming majority” of European citizens is in favor of an immediate ban on glyphosate. “80% of Germans, 79% of French, 84% of Italians, 77% of Portuguese and 81% of Greek citizens are strongly against using glyphosate and in favor of an immediate ban.”
In Italy, the ban on the use of glyphosate in populated areas or “vulnerable groups” such as parks, gardens, sports grounds and recreational areas, playgrounds, courtyards and indoor green areas for school complexes and healthcare facilities is already in place but there is also a ban on pre-harvest campaign “for the sole purpose of optimizing crop or threshing”.
But the most gruesome thing of our democratic European Union is that asking the application of the Precautionary Principle is not the European Parliament but a number of European associations to defend citizens’ rights.
To make some clarity about the subject and good information (which is increasingly unusual in the big news headlines) let’s see what the Precautionary Principle is.
With the term precautionary principle or precautionary principle, a precautionary policy is meant to be a precautionary policy with regard to political and economic decisions on the management of scientifically controversial issues.
The essence of the principle is nothing new and can be summarized from the aphorism “prevention is better than cure” which can also be considered as a modern generalization of the principle of Hippocrates Primum not nocere.

In fact, one must consider that there is a difference between prevention (limiting objective and proven risks) and precaution (limiting hypothetical or evidence-based risks). The precautionary principle applies not only to dangers already identified, but to potential dangers, for which there is still no definite knowledge.
The modern precautionary debate was born during the seventies, promoted by the first environmentalists and ecologists.
The concept was subsequently analyzed in economic terms (cause-effect relationships, uncertainty, risks, irreversibility of decisions) by authors such as Epstein (1980), Arrow and Fischer (1974), Gollier (2000).
The Precautionary Principle was born, in fact, following the 1992 Earth Summit Rio de Janeiro Earth Summit, attended by more than 120 governmental delegations from around the world, the Declaration was ratified of Rio, a set of non-binding principles regarding the responsibilities and rights of States, to try to bring together the development needs of those with environmental protection.
The precautionary principle was defined by Principle 15 as follows:
«In order to protect the environment, the precautionary approach shall be widely applied by States according to their capabilities. Where there are threats of serious or irreversible damage, the lack of full scientific certainty shall not be used as a reason for postponing cost-effective measures to prevent environmental degradation. ” which translated into Italian reads:
“In order to protect the environment, a cautionary approach should be widely used by states in terms of their capabilities. In the event of a risk of serious or irreversible damage, the absence of full scientific certainty must not serve as a reason for delaying the adoption of appropriate and effective measures, including costs, aimed at preventing environmental degradation ”
The text speaks explicitly of the protection of the environment, but with time and practice the scope has widened to the policy of consumer protection, human, animal and vegetable health.
This view was promoted by the European Union, ratifying the Convention on Biological Diversity in Rio de Janeiro (93/626 / EEC) and explaining Community policy with the Commission Communication COM (2000) 1 Final (2 February 2000 ). In this document it reads (§1):
“Whether or not the precautionary principle is invoked is a decision taken under conditions where scientific information is insufficient, uncertain or uncertain and there are indications that the possible effects on the environment and the health of humans, animals and plants may be potentially dangerous and incompatible with the selected level of protection. »
Subsequently, the Maastricht Treaty introduced the precautionary principle (then reproduced in the European Constitution, art. III-233), currently art. 191 of the Treaty on the Functioning of the European Union, where it is argued that the Union’s environmental policy aims at a high level of protection and is based on the principles of precautionary and precautionary action, the principle of correction, priority to the source, damage to the environment and the “polluter pays” principle. ”
The aforementioned Communication COM (2000) 1 of the European Commission states the terms in which the precautionary principle must be adopted as an approach to make decisions on specific subjects.
The precautionary principle is defined as a risk management strategy in cases where there are indications of adverse effects on the environment or on the health of humans, animals and plants, but available data do not allow a complete risk assessment . The application of the precautionary principle requires three key elements:

If the precautionary principle is applied, since there are identified risks for which no conclusive scientific assessment can be possible, the measures taken may differ, but they must comply with certain criteria, in particular those measures must be proportionate to the level of sought protection and should be taken as a result of examining the benefits and burdens, even in terms of cost / benefit economic analysis.
Furthermore, such measures may be maintained until the scientific data remain inadequate and are considered provisional and subject to modification according to the data subsequently available.
Among the most important applications of the Precautionary Principle is that of food safety, a concept seen in the broader context of health protection. The framework law on food safety (EC Regulation No. 178/2002) sets out the precautionary principle as one of the tools to be used to ensure a high level of consumer protection.
Finally, at the international level, the principle is recognized by the World Trade Organization (WTO), in particular in the Agreement on Sanitary and Phytosanitary Measures (SPS) and the Agreement on Technical Barriers to Trade (TBT). Within these agreements, a WTO Member State has the right to impose barriers to import on the basis of the precautionary principle when environmental or health hazards are identified on which there is no scientific certainty. However, the agreements reiterate the principle that such measures must be regarded as provisional and that the State implementing them must strive to obtain all the information necessary to complete the risk assessment within a reasonable time.
Now at the top of this (I hope exhaustive) overview of the scope of application of the Precautionary Principle (here the Glyphosate issue is in full swing) and the political positions of various countries on the Precautionary Principle seems somewhat suspicious and , however, the European Union (both at Commission and Parliament level) approach is lacking in such a delicate question as, regardless of the legal and democratic doubt about the negative effects of glyphosate on health and the environment (when the ‘ The World Health Organization has already highlighted its danger.
And leaps and bounds on a rush of political and bureaucratic failure on the subject, the Glyphosate is likely to arrive quietly in 2022 without a Parliament that should represent the People’s Sovereignty has put in place the most elementary of the safeguards of human interests.
That European citizens, with democracy, take the road to a healthy rebellion before the European Union (to which I am not declaring any war) dies.
The European Union must return to be a joy of living together and safeguarding its future children, not a coacervo of complex interests that are increasingly deceiving.