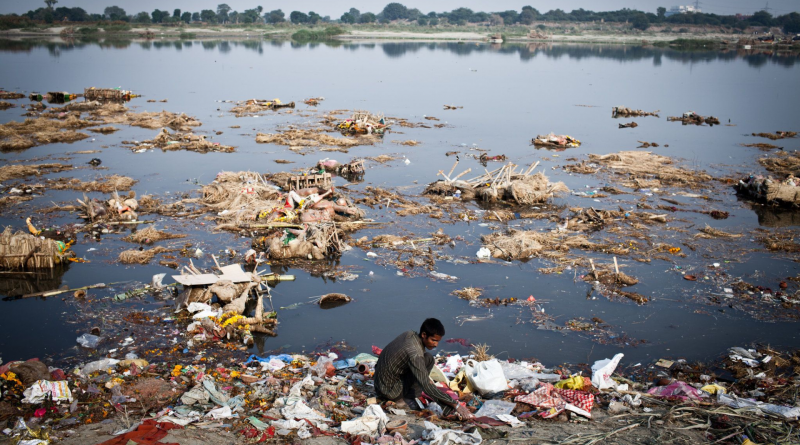 In the context of agricultural, industrial and lifestyle systems in Western and developing countries, attention to the effects of production processes and their organizational complexes is virtually nothing. Politics travels on other rails, and economic-financial systems have little to do with issues that are less than marginal. Yet, in the eyes of all of us, an ecological and quality disaster of life is slowly consuming without Parliaments (which, as I have often said, have lost control of the Human Rights Intergovernmental Conference) some parliamentary questions are raised in this direction. I am talking about biomagnification, that is, of the phenomenon that goes beyond the mere pollution caused by our moody and suicidal lifestyles.

Biomagnification, bio-amplification or ecological magnification in ecology and biology is the process where accumulation of toxic substances in living beings increases as it ascends to the next trophic level, ie going from the bottom up of the food pyramid to all inside the trophic network.
Let’s take an example to better understand the functioning of biomagnification:
A phytoplankton microorganism incorporates a mercury atom into it; a zooplankton organism then eats 10 phytoplankton organisms and consequently incorporates 10 mercury atoms; a small fish eats 500 zooplankton organisms and thus encompasses 5,000 mercury atoms; a medium sized fish eats 5 small fish and incorporates 25,000 mercury atoms; a large-sized fish eat 2 medium-sized fish and we are at 50,000 atoms; finally, a shark eats 5 large fish and then encompasses 250,000 mercury atoms.
Clearly, the numbers and proportions we mentioned in the example are invented and random, and the order in the food chain is not always fully respected, but this example gives a clear idea of ​​how biomagnification works.
Among the other examples that we can mention is that of methylmercury, which is now very common in the Mediterranean Sea. Mercury comes through rivers from industrial discharges and methane from natural gas fields.
Methylmercuronium is an organometallic cation of formula [CH3Hg] +. It is very toxic and easily accumulates in the environment.
The swallowed methylmercury is absorbed quickly and completely from the gastrointestinal tract. Most are complex with free cysteine ​​and with proteins and peptides that contain this amino acid. The methylmercuric-cysteine ​​complex is recognized by amino acid transporter proteins as if it were methionine, another essential amino acid. Because of this mimicry, methylmercury is freely transported throughout the body and also passes the blood-brain barrier and placenta so that it is absorbed by the developing fetus. Since it strongly binds to proteins, methylmercury is not easily eliminated.
Various studies indicate that children exposed to methylmercury when they were in the uterine womb showed elusive development deficits, such as lower quotient of intelligence, inferior results in language skills testing, memory deficit, and attention. In adults, exposure to methylmercury has been associated with a higher risk of cardiovascular disorders, including myocardial infarction. There is evidence that methylmercury also causes autoimmune diseases in sensitive individuals. To date, however, there are no direct links between methylmercury and specific neurological or autoimmune diseases. One thing is certain: that methylmercury is toxic in many respects, including fetal damage.
Another example is the numerous plastic particles and similar polymeric substances dispersed in the ocean from anthropic pollutants which, once smudged or macerated by the action of the waves, are ingested by microorganisms and, similarly, by other fish bigger than ever, that they can not absorb and assimilate to their body they end up depositing them in areas where fat is more developed.
As a result of biomagnification, it is potentially dangerous to eat large fish such as tuna, swordfish and sharks, as occupying the high planes of the food pyramid can accumulate large quantities of methylmercury, a very toxic substance.
I could endlessly take the examples of the effects of biomagnification that is still bound and always accumulate toxic products in the trophic chain. I could cite the ecological catastrophe of pesticides but, as usual, when writing this information (which has solid scientific bases) multinationals, interested systems and … .. useful schemas hurry to deny (when you do not pass the insults all ‘author of the article).
At this point, I appeal to all of us: we take a more responsible attitude towards Life or it will be gradually removed until the lazy person who feeds it is deficient. And as in my last book: Like the Titanic? this will be extinguished for the ship’s commander, for the crew and for the passengers. Our Planet is the most democratic political system that exists.